Mark Zuckerberg Just Invented the Cutest Gift For His Wife 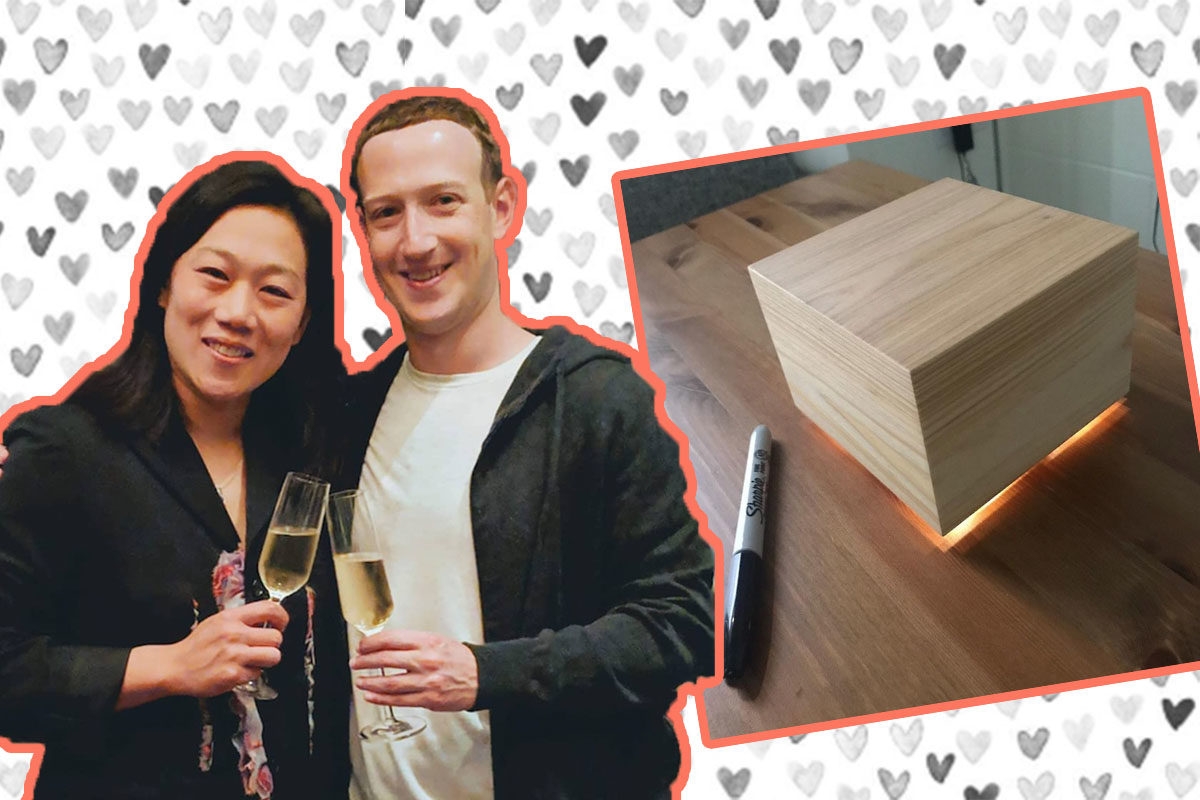 What’s the best way to express one’s love and gratitude for their partner? With flowers, chocolates, or a wooden box? If this was a multiple choice question on a test, Mark Zuckerberg would circle option C.

The Jewish dad of two took to his favorite social media platform, Facebook, to share his latest invention with the world — a “sleep box.” The device was inspired by his wife Priscilla Chan whose had difficulty sleeping through the night since giving birth to her daughters Max, 3, and August, 1.

“She’ll wake up and check the time on her phone to see if the kids might wake up soon, but then knowing the time stressed her out, and she can’t fall back asleep,” Zuckerberg wrote in a Facebook post.

So, how the heck is a box supposed to help a mom of two kids under the age of four sleep through the night? It’s pretty simple. The Sleep Box sits on Chan’s nightstand, and between 6am to 7am it emits a dim light so Chan, 34, will “know it’s an okay time for one of us to get the kids, but faint enough that the light won’t wake her up if she’s sleeping.” The beauty of Zuckerberg’s invention is that the alarm clock isn’t actually a clock at all. If Chan wakes up in the middle of the night and the device doesn’t glow, she’ll know she can fall back asleep stress free.

The Sleep Box sounds great and all, but does it work? Zuckerberg, 34, says it does, and even better than he expected. “As an engineer, building a device to help my partner sleep better is one of the best ways I can think of to express my love and gratitude,” the Facebook CEO said.

Now ain’t that just the cutest?