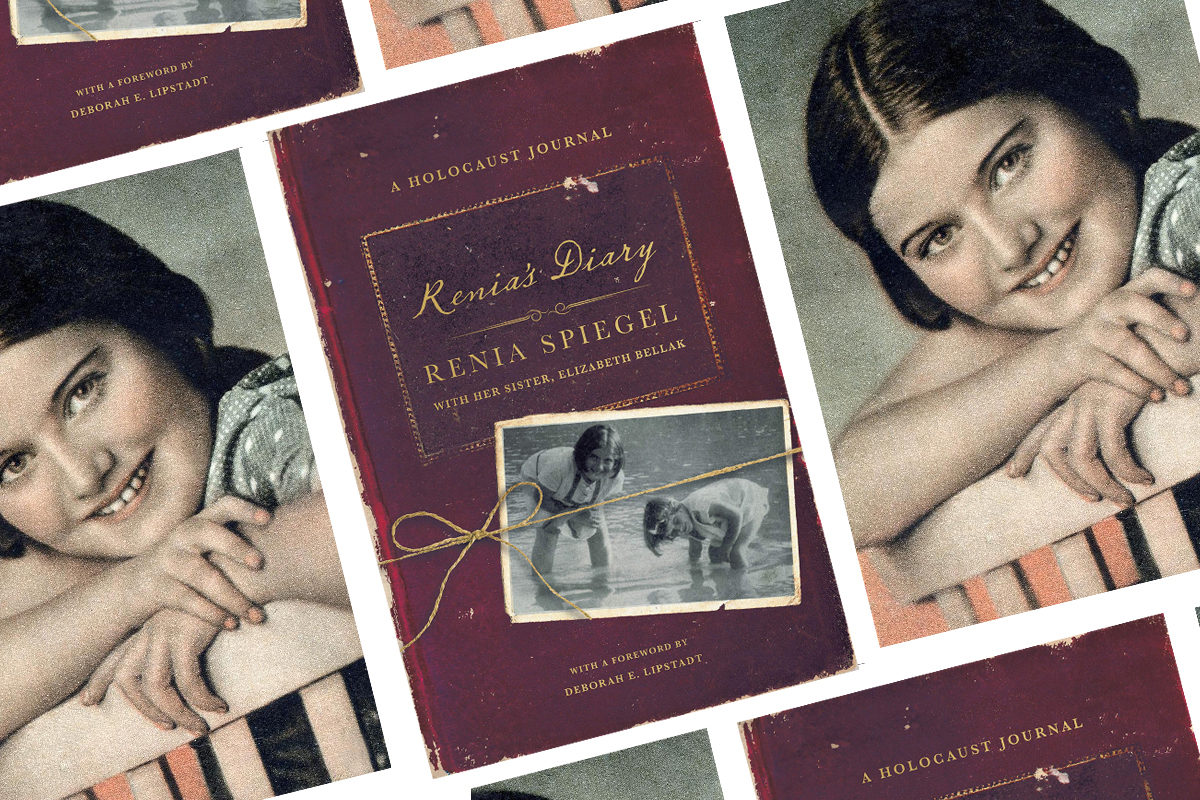 On January 31, 1939, Renia Spiegel wrote the first passage in her 700-page diary. “I just want a friend,” the 14-year-old wrote. “Somebody who will feel what I feel, believe what I say and never reveal my secrets”.

Ultimately, those secrets would be revealed — and now, people are calling Renia the “Polish Anne Frank.” After 70 years of being locked in a vault, Renia’s Diary is making its debut in English today. And during a time when anti-Semitism is nearing an all-time high, it’s more important than ever to keep Holocaust literature and education alive.

Over the course of four years, before she was brutally murdered by Nazis, Renia documented her teenage life with hundreds of diary entries. They were filled with poetry as well as beautiful prose about her boyfriend, Zygmund Schwarzer; her mother; and the horrible events of the Holocaust, which unfolded in front of her eyes.

Renia’s niece, Alexandra Bellak, spearheaded the project to translate and publish the diary. Just how would the Holocaust victim feel about her most private thoughts being exposed to the world? Her younger sister Elizabeth — formerly named Ariana, a child star who was once considered the “Polish Shirley Temple” — says she would’ve been OK with it: “In the end, I know that my words are the legacy of the life my sister didn’t get to have, while Renia’s are the memories of a youth trapped forever in war,” she told the Jewish Chronicle.

Here’s everything you need to know about Renia Spiegel.

1. She was born on June 18th, 1924 to an upper-middle class Jewish family in southeastern Poland. When the war broke out, Renia and her younger sister, Elizabeth — Ariana — were living with their grandparents while their mother spent long periods of time in Warsaw promoting Ariana’s acting career.

2. Like Anne Frank, Renia was a natural writer. She won numerous literary prizes at school and was the head of the literary program.

3. Although she wrote the preface, afterword, and notes for the book, Renia’s sister says she never finished reading the entire diary. “I have only read some of it because I used to cry all the time,” she told the BBC.

4. Elizabeth remembers Renia as a “quiet” and “pensive” person, and likened her to a second mother: “She was very intelligent… And she was very, very kind and always thoughtful.” Despite Elizabeth’s fame as a child movie star — whom Renia described as having the ability “to steal the show” — Renia dutifully looked after her younger sister.

5. Much like any teenage girl, Renia’s diary was filled with gossip about her classmates, rivals, and boys she had crushes on, as well as poems. Elizabeth said that whenever her sister’s heart was broken, she’d write a poem.

6. In between documenting the ups and downs of high school and how much she missed her mother, Renia also wrote about the Nazi occupation. On June 1st, 1941, Renia told her diary that she and all the Jews in her town were forced to wear a white armband.

7. Just a year before the Przemsyl ghetto was set up in 1942, Renia had her first kiss with her boyfriend. She wrote: “The sun had set and the stars started to emerge, and the moon floated up, and we sat next to each other and talked. He said, ‘Renuska, give me a kiss.’”

8. On Zygmund’s birthday, he told Renia his wish was to survive the war without splitting up. But if they were separated, he said, they’d always have Renia’s poems. “As Z put it, the poems connect us. How good that he understands this. Poems are something extraordinary and unique. They connect souls, and elevate love,” she wrote.

9. Zygmund proved to be much more than just a high school crush. He smuggled Renia out of the ghetto into his uncle’s attic, and later he brought Elizabeth to her non-Jewish BFF’s family. (Said family eventually reunited Elizabeth with her mother.) Ultimately, however, he couldn’t save Renia. On July 31st, 1942, Renia and Zygmund’s parents were shot to death by Nazis who discovered their hiding place

10. Renia gave Zygmund her diary for safekeeping. He actually wrote the diary’s final passages, the last of which he heartbreakingly wrote after his love and parents were murdered. “Fate decided to take my dearest ones away from me. My life is over,” he wrote. “All I can hear are shots, shots… shots.”

11. Before he was sent to Auschwitz, Zygmund left Renia’s diary with someone — it’s unclear whom — for safekeeping, just as Renia did. He survived the war, became a doctor in the U.S. army, and in 1950, he tracked down Renia’s mother and sister in New York and presented them with the diary. “It was a shocking experience to see it,” Elizabeth told the BBC. “It was the first time my mum and I saw it. We were the only two survivors.”

12. In fact, Elizabeth had no idea Renia kept a diary at all!

13. How did Elizabeth and her mother survive the war? After Zygmund’s efforts reunited the pair, a German officer helped them escape to Austria. He was in love with Renia’s mother, and she took advantage of that.

14. Alexandra Bellak — Renia’s niece, who spearheaded the translation of the diary into English — actually thinks it’s “fortuitous” that her aunt’s diary is only just being published now. “The same signs are showing their ugly heads again,” she told The Washington Post about anti-Semitism. “It’s more relevant than ever.”