My Kid’s Jewish School Is Acting Like the Kosher Police 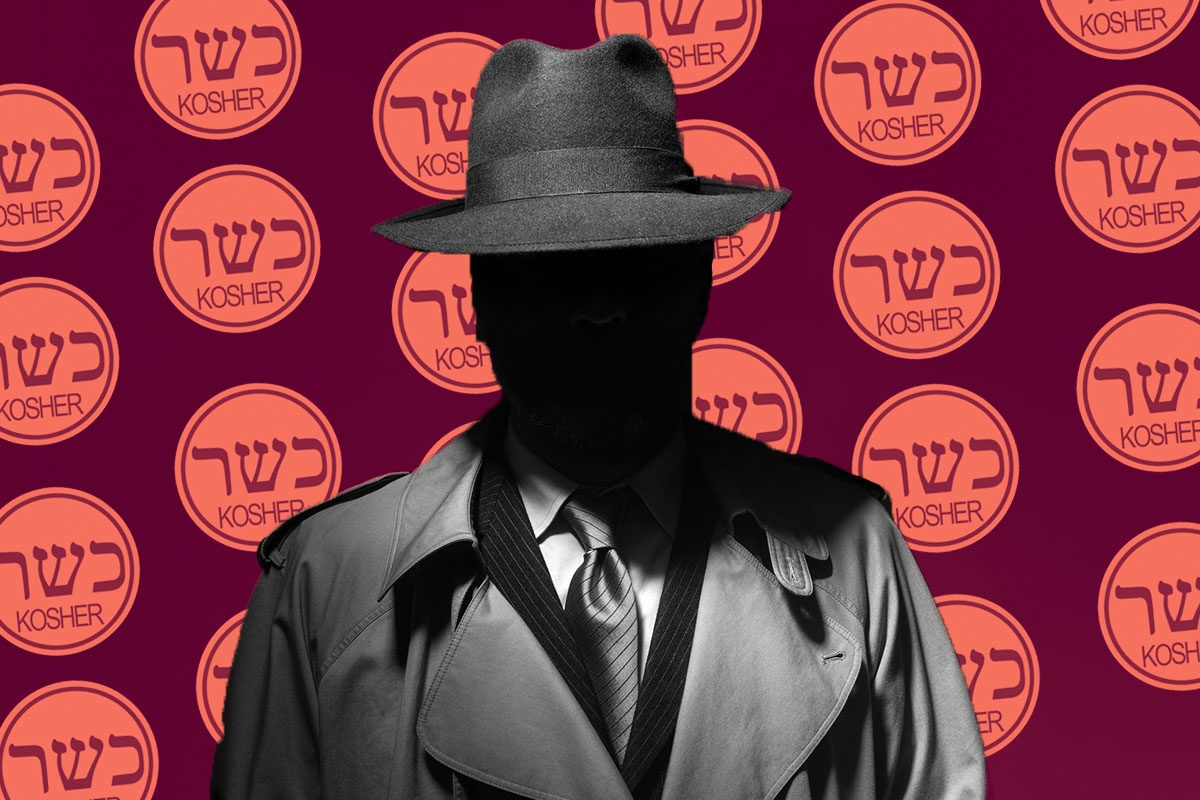 Recently, Facebook encouraged all its members to participate in a “10-year challenge,” in which just about everyone in your feed posted side-by-side photos of themselves now and 10 years ago, to show how much they had changed. Most everyone eagerly showed off how they had not aged at all in the last 10 years (whatever!) and posted their photos with glee. Meanwhile, a viable conspiracy theory was making the rounds, stating that this “game” was actually an initiative by the government to register as many people as they could in their NSA Facial Recognition software.

Being a Luddite, I did not fall into their Big Brother trap. In this day and age, where privacy is almost non-existent, I didn’t think I needed to help with illegal and potentially dangerous data collection.

However, I started feeling paranoid about spies and spying last week, albeit for a very different reason: my fourth-grade daughter came home with a very suspicious school assignment that seemed to pry a bit too much into our private life.

But first, some context. We live in Jerusalem, and in Israel, the “public school” system is divided into three sectors: Secular, Religious Zionist, and Ultra-Orthodox. Our municipal taxes cover the majority of the expenses of education, through sixth grade, and there are very few private elementary schools. In considering schools for my daughter, I wanted to expose her to the Orthodox framework in which I had been raised. My reasoning was so that, as an adult, she could choose her own spiritual direction from a standpoint of knowledge rather than ignorant bias.

In our home we espouse tolerance and acceptance, and view the Torah as a template for ethical and moral behavior. We attend a synagogue where women have the right to read from the Torah and lead the community in prayer, and where everyone is judged by their actions rather than their label. But ultimately, I chose a particular Religious Zionist school for my daughter because it’s considered one of the best in the country, has a wonderful balance between humanities and STEM, and, perhaps most important of all, it is a seven-minute walk from our house. While the student population of my daughter’s school is pluralist, about half the teachers come from the Ultra-Orthodox community.

Now, the other day, my daughter’s class had apparently been learning the rules of Kashrut (keeping kosher). For homework, they were given a worksheet that included the following disturbing questions:

1. Describe in detail all the ways in which you keep Kosher in your home.
2. Has your mother ever prepared Kosher meat from beginning to end, instead of just buying it at the supermarket?
3. Take photos of at least three food items in your food closet that have the Kosher symbol.
4. What would you do if you were not in Israel, and did not have access to Kosher food? What would you eat? Would you eat certain foods outside the home that aren’t perfectly Kosher?
5. Go to a local store or food venue, check if they have an updated Kosher certificate. Take a photo of it. Who is the Rabbi who signed the certificate?

I have so many objections to this, on so many levels. When I read this assignment, I felt like the school was using it as a way to spy on and judge the various families in their school (and possibly local businesses, as evidenced by question no. 5). I worried that they would use this twisted assessment to treat some kids, like mine, differently than those who come from more traditional households. This kind of gross characterization goes against every humanistic value that I have attempted to transmit to my daughter, and I also think the school has crossed a line when it comes to families’ privacy.

Also, what to make of the overt sexism of certain questions? Were we supposed to understand that, in the school’s ideal family paradigm, only the mother makes meals and manages the house, while the father is exempt? And am I somehow a lesser mother because I “just” buy Kosher food at the supermarket, rather than harvesting the food from the farm myself?

This startling situation further underscored my worry that Jerusalem is becoming increasingly inhospitable to families who are not Ultra-Orthodox, and also intolerant towards families different than the traditional Israeli family with a mother, a father, and multiple children. I’m an American-born single mother by choice. With no father figure in the house or in our life at the moment, and little extended family in the country, our family of two does not fall into that category.

This phenomenon could not have been more clear in Jerusalem’s recent mayoral elections, which were highly contentious and took place in November 2018. The man who was elected, Moshe Lion, has no real mandate but was backed by the Ultra-Orthodox parties, who felt free to state in public that those who did not meet their piety standards would be slowly run out of Jerusalem. Though the race was close, it seemed like pluralism and culture were out, and intolerance and division are in.

A similar atmosphere is permeating my kid’s school — the annual Family Day and Grandparents Day have become particularly stressful. In the past, my daughter was told that the day is a celebration of “real families,” the assumption being that every child in the class has a rich network of extended family. In birthday parties in nursery school, there was the “Mother-Daughter Dance” and the “Father-Daughter Dance,” and it never occurred to the teacher that I served as both mother and father; and that my daughter was being singled out as different. These days, when these parties roll around, I often tell my daughter that she does not have to go to school that day.

So my instinct was to opt out of this assignment, too. I wanted to tell my daughter to not do the homework because it is none of their f**king business. But my daughter, bless her, is a rule follower. She would balk at the idea of not doing homework. So we completed the assignment to the letter. As we did it, however, I reiterated how there are many different kinds of families, that we all have the right to make our own choices, and that God loves all of his creations.

I considered talking to the teacher privately and expressing my concerns. But then I will be labeled as a troublemaker and a non-conformist (which, by the way, I plead guilty to both). So, for now, I am biting my tongue, because I am certain there will be bigger complaints as she proceeds through elementary school in Jerusalem. As we move forward in this educational adventure, I will have to pick and choose my battles wisely. Just like parenting.