My Pregnancy Was Almost Ruined Because of This Genetic Test 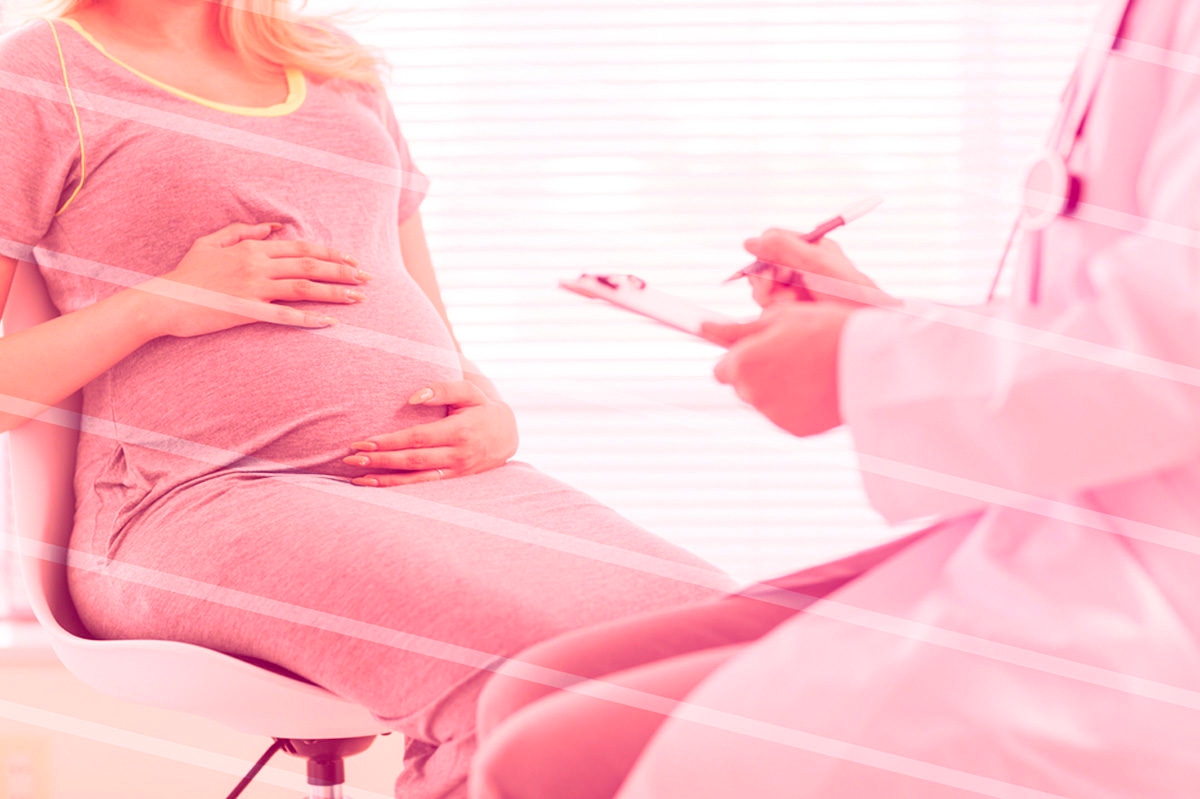 Just three months after my husband Jay and I were married, I was stunned to discover that I was pregnant. I had uterine fibroids that could impede conception and turned 37 shortly after the wedding (meaning I would also have a higher-risk, unfortunately-named geriatric pregnancy) and yet, there I was: pregnant!

Six weeks later, as the ultrasound image went from a formless bean to that of an actual baby, I parted with several vials of blood to be used for a genetic-screening test meant both to detect fetal chromosomal abnormalities and eliminate the need for the more invasive diagnostic test, amniocentesis.

My doctor called at the end of my first trimester. The good news was that the baby tested negative for Down syndrome or other significant birth defects. “However,” she said, “he did test positive for an extra x chromosome. 47xxy.”

The medical name for the disorder is Klinefelter syndrome. But wait. Did she say he? “It’s a boy?” I asked, feeling that momentous news fade unceremoniously into a sea of medical jargon. Because, yes, it was a boy, but one whom, because of this disorder, would likely end up sterile. He might have developmental and learning delays and could develop breasts and suffer weak muscles and bones. My doctor recommended an amniocentesis to confirm the news.

Jay immediately resisted the idea of an amnio. If we wouldn’t consider terminating for this, then why take the risk? I agreed. We decided to focus on the positive—it was a boy!—and tell family and close friends. But each person we called also wanted to know if the genetic testing had come out OK. I told everyone what I had told Jay and, frankly, myself: that it was not a question of if this child would struggle or have difficulties in life, but a question of when and how.

My husband excels at many things, top of which are worrying and research. He began to read voraciously about both Klinefelter syndrome and the reliability of the screening test, and discovered an accuracy rate in the 90% percentile or above. I finally asked him to stop; I wanted, no, needed, to celebrate this pregnancy, to think about names and shop for the nursery. The Klinefelter’s diagnosis would be confirmed at our son’s birth, and we would have years to educate ourselves.

I thought of our many friends who’d recently had healthy babies; I was deeply jealous of them all. I felt robbed of the celebratory moment most people have when they learn their child’s gender. Mostly, though, I was already worrying about how this boy would struggle to become a man. Suffering any childhood illness is hard enough, but people are uncomfortable—and often cruel—when it comes to anything sexually “abnormal.” For that reason, I wanted to keep this news private, but hiding it—and therefore teaching him to hide it, to possibly be ashamed of it—felt like a mistake. Our child wasn’t even born yet, and I was sure I was already failing as his mother.

A couple weeks later, Jay admitted that he wanted to reconsider an amniocentesis. He’d continued his research and found that while our son was most likely “47xxy,” if he had 48 or 49 chromosomes, the physical and developmental issues would be more severe. This was something we should know.

We met with a genetic counselor to discuss the amnio. In addition to confirming Klinefelter syndrome, we could also utilize a test called the Microarray, which identifies submicroscopic chromosomal abnormalities. Meanwhile, we already knew that I was a carrier for Gaucher Disease, one of the genetic disorders carried down through my Ashkenazi Jewish lineage. Jay was not a carrier, so we hadn’t given it another moment’s thought, but apparently if he hadn’t been tested for every variation of the disease, there was a small chance the baby could be affected. And we could test for that, too!

My head was spinning. I felt like we were scientifically dissecting our child’s DNA, looking for flaws. I was horrified at the thought that, as a result of the amnio, we could be faced with yet another possible health risk with which to agonize over. I wanted nothing to do with the additional tests.

READ: What Happens When You Are a Carrier for a Jewish Genetic Disease?

Weeks later, we went in for the amniocentesis—something, it seems, women are led to see as frightening. It’s invasive! They put a needle into your uterus! I can’t say that that was my experience. The procedure was preceded by an ultrasound as the perinatologist gushed over our child’s (otherwise) healthy development. Then, with the guidance of the same ultrasound machine, the help of a trained nurse, and a brief flash of pain, she quickly extracted a small amount of amniotic fluid from the sac surrounding the baby. They stuck a silver, star-shaped band-aid on my belly and sent me home with instructions to rest for a couple days.

Two weeks later, the genetic counselor called with news. The baby was perfectly healthy. Forty-six chromosomes. Forty-six. Everything was OK. I cried tears of happiness, feeling like we had won the lottery; we’d had at best a 10 percent chance of dodging this bullet. Except, as it turns out, that wasn’t true. Our genetic counselor had called the lab that processed the original screening test and had asked, off the record, how accurate their results were for sex chromosome abnormalities.

Fetal genetic screening tests have been in practice for just five years, but they’ve already become the gold standard. Why incur risk to the mother and child when you can simply draw blood? And yes, these tests are highly accurate at predicting severe birth defects, but testing for lesser-known disorders has only been in practice for a couple of years and, as we discovered, accuracy rates are far lower. Not to mention that these are screening, and not diagnostic tests; they can simply detect a risk for a disease or abnormality, as opposed to establishing the presence (or absence) of one.

I felt manipulated, learning that the accuracy rate for Klinefelter’s was only 40 percent. I had not consented to be a guinea pig for the lab’s medical research, especially at such a heightened, emotional time in my life. That said I know that if these companies don’t test and collect data, they’ll never improve their results. It’s a question of not just bioethics, but of basic morality, and I don’t know what the right answer is.

For now, my husband and I are decorating the nursery, picking out names, and eagerly awaiting this little boy’s arrival, feeling blessed and grateful for his healthy development and the start of our family.