‘Outlander’ Helped Me Find Meaning in This Ancient Jewish Ritual 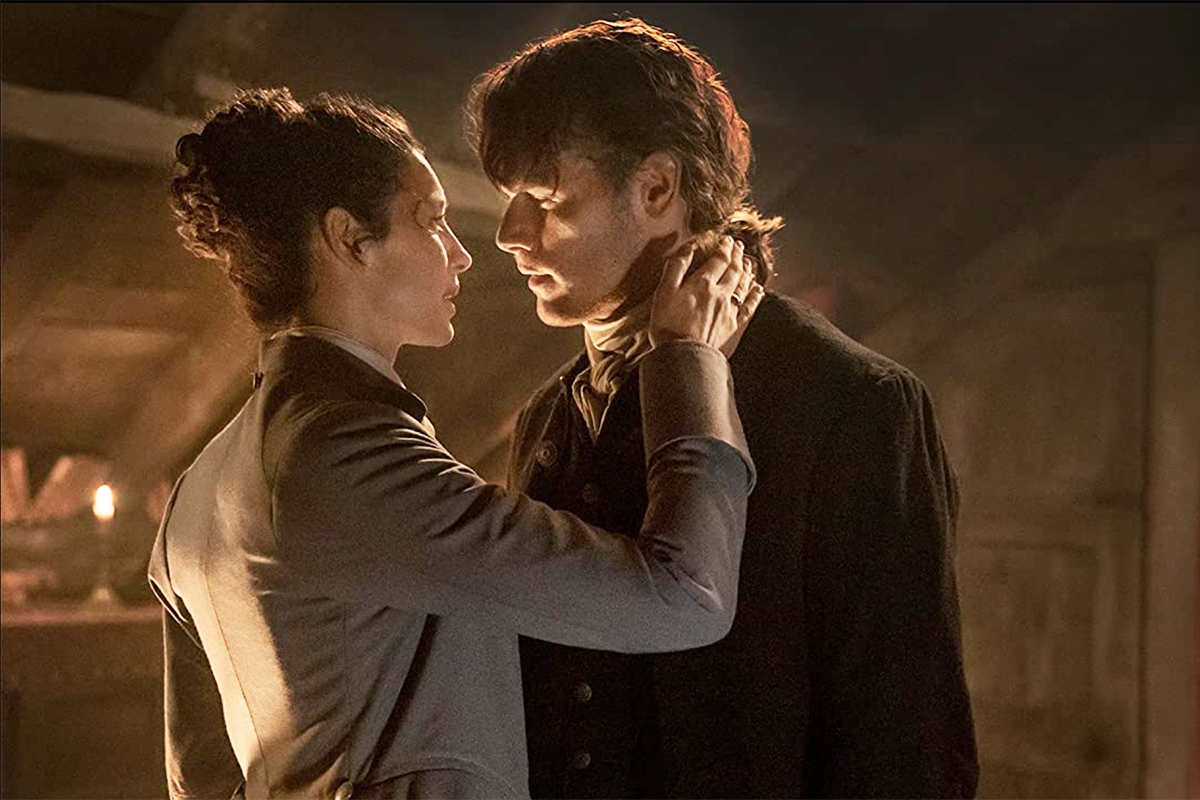 At first glance, Jewish family purity laws are anything but sexy. After all, they’re all about when you can’t have sex.

These laws, which can be found in tractate Niddah in the Talmud, state that for the duration of a person’s period and the seven days after, they’re in a spiritual state called niddah, and sex is prohibited. Hugging, kissing, sharing a bed and even casual touch with their partner are strictly off limits, to avoid the temptation to take things further.

According to these laws, once your period ends, you do an internal examination with a white cloth to confirm that all bleeding has ceased, and continue these checks daily for seven days. On the eve of the seventh day you immerse in a ritual bath called a mikveh. After that, niddah is over and you can resume physical intimacy as soon as you get home.

As an observant Jewish woman, I’ve followed these laws since I got married seven years ago. Though these laws may seem archaic and period-shamey, I’ve never seen them this way. That’s because niddah is about spiritual purity, which has little to do with cleanliness or a woman’s worth. “Impurity is neither evil nor dangerous,” according to this great explanation from Rivka Slonim, a self-proclaimed Hasidic feminist — it’s simply a spiritual state of being that comes about through menstruation and is changed through immersion in a mikvah. You do have to prepare for this immersion by cleansing your body, but this is only so that there is no barrier between your entire body and the mikvah water.

And yet, I’ve always found these breaks from physical touch stressful and unpleasant. I’m a hugger! I love to cuddle. I crave physical closeness to my husband and I hate when it’s off limits. Plus, the counting and checking and preparing to immerse are kind of a drag — adding even more things to my long to-do list.

As such, I was thrilled to go several years without a period (or niddah) while pregnant with and nursing my second daughter. When my period returned about a year ago, let’s just say I did not rejoice.

But then, I started watching “Outlander,” the sexy historical drama, currently streaming on Netflix, that centers on Claire, an English nurse in the mid-20th century. While she and her husband Frank are on their honeymoon, Claire accidentally falls through some standing stones and travels back in time to the 18th century, where she marries and falls in love with a strapping Scot named Jamie. (Spoiler alert: After gallivanting around Scotland and France with Jamie for a couple years, she goes back to Frank and spends 20 years with him in Boston. After Frank dies, she finally returns to Jamie in the 18th century and they settle in the American Colonies.)

I’ve always loved some good, old-fashioned escapism, and “Outlander” has been a perfect respite from this nightmare of a year. Aside from the minor time-travel thing, “Outlander” is a historically accurate feast for the eyes, from the detailed costumes and sets, to the societal norms and historical events it depicts. The passion between Jamie and Claire is palpable — their love scenes make “Bridgerton” look quaint. Everything about the show is breathtaking, the stakes are always high and the catharsis when things work out is intense.

But perhaps more than anything, “Outlander” has given me some valuable (if unlikely) insight into the Jewish family purity laws I’ve always struggled with. In short, it’s helped me see that they may be sexier than they seem.

Allow me to explain. We all want what Claire and Jaimie have, the intense connection and fiery passion that spans through time and space — and, uh, five seasons — right? But as hot as their romance is, they’re missing something that’s key in a long-term relationship: stability.

Claire and Jamie are constantly separated by their adventures and misadventures. As they navigate battlefields, witch trials and treason, they also face the persistent threat of death and/or being lost to each other forever.

That kind of high-stress lifestyle is not my cup of tea, but the truth is that these constant separations are what leave room for their passion to build. In other words, it’s kind of like niddah.

You can’t want something you always have access to, right? But observing these laws by taking physical intimacy off the table for half the month leaves space for you to want it back. Reuniting after these breaks has some of the excitement of the first time you were together — minus the enormous strain of being truly away from each other, plus the comfort of all your shared history.

In “Outlander,” Claire seems to have to choose between stability with Frank or passion with Jaimie. As sexy as this choice sounds, this is honestly a decision I would never want to make. Fortunately, I don’t have to: Jewish family purity laws allow us to have both. In other words, we can have our Frank and eat our Jaimie, too.

Seen in this light, these laws feel almost like a gift, something that helps keep the passion alive in our marriages beyond the fleeting honeymoon period. Of course, that doesn’t mean it’s all rosy. The separations still suck. But that’s kind of the point — it’s not like Claire and Jaimie enjoy being separated from each other, either!

These breaks from physical connection makes that reconnection so much more exciting. They keep us from taking our time together for granted. They make room for anticipation and desire to grow. And, just like “Outlander,” that’s kind of hot.