Phil Rosenthal is the Most Comforting Jewish Dad on Netflix 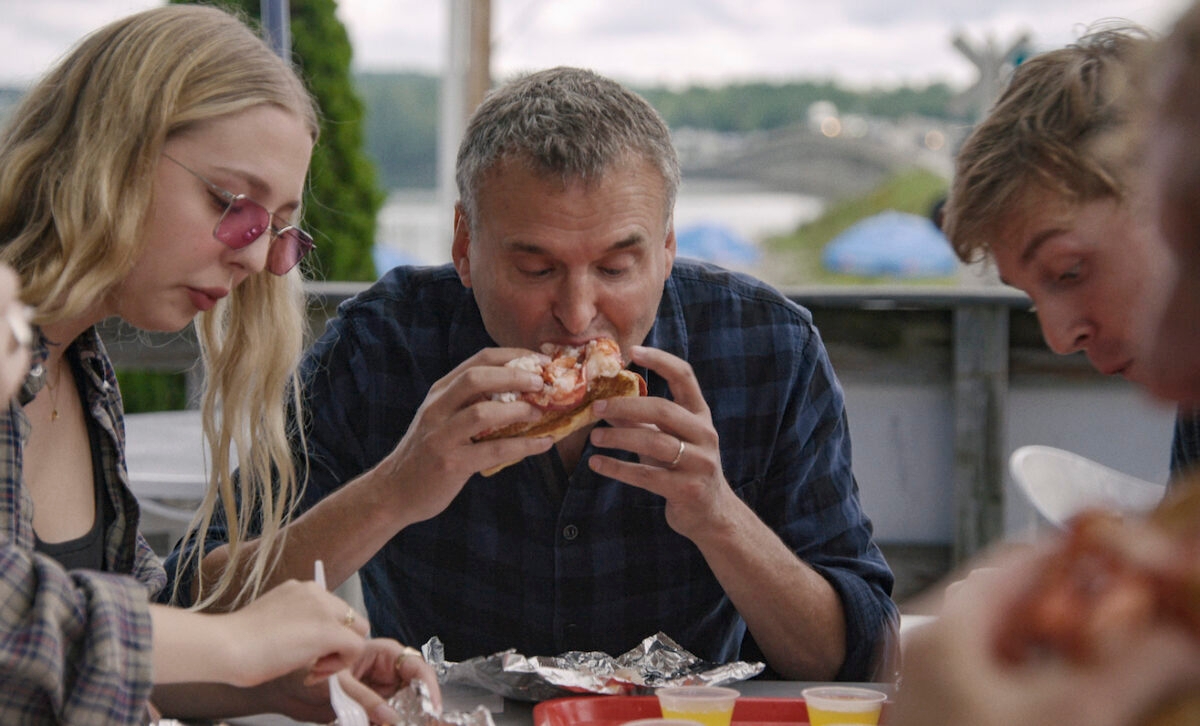 I want Phil Rosenthal to adopt me.

I’m sure I’m not the only one who has this feeling after watching Netflix’s “Somebody Feed Phil,” whose sixth season just premiered on the streaming platform this week (along with a cookbook inspired by the show).

For those of you who have never heard about the show, which, trust me, your soul needs, its premise is kind of a dream, at least a dream for Rosenthal, whom most people know as the creator of “Everybody Loves Raymond.” In each episode, the Jewish dad of two visits a different city around the world, meets the locals and eats the best — and most photogenic — food in the locale.

Phil Rosenthal is such a Jewish dad (and I say that as someone who has one and is married to one — nothing but respect for Jewish dads in this house). If there is a dad joke to be made about anything, you can be sure he will make it — and do it with charm. Rosenthal, 62, makes me feel like there’s nothing better to be in the world than a joyous, middle-aged Jewish dad. And even in the most unexpected of places, he manages to bring a little bit of Yiddishkeit by referencing his Judaism or with a well-placed “oy.”

“Somebody Feed Phil” first debuted in 2018. The first season featured an episode in Tel Aviv — where Rosenthal sampled multiple kinds of hummus, used Jewish Philly-based chef Michael Solomonov as a guide, and tried the amazing Shery Herring sandwich, which he dubbed one of the best sandwiches in the world, an assessment with which I utterly concur.

Rosenthal seems to find Jewish food almost everywhere he goes, from delicious sfenj in Morroco to bagels in Montreal. Yet Perhaps the most Jewish episode of the show is, unsurprisingly, the New York one, in which Rosenthal traipses through Zabar’s with comedian Judy Gold, samples ice cream with the legendary Elaine May (who is just so effortlessly funny and wondrous!), eats Nathan’s hot dogs in Coney Island, and, as the coup de gras, invites famous chef Daniel Boloud to sample his Jewish mother’s matzah ball soup at his parents’ New York apartment.

“Somebody Feed Phil” is a family affair. Rosenthal collaborates on it with his brother, Richard Rosenthal, who is the man mostly behind the camera. And for the first five seasons, each episode featured a call to Phil’s parents, Helen and Max, both German Jews who immigrated to New York where they raised their two kids. Max’s family escaped the country after Kristallnacht, and Helen was also a Holocaust survivor. 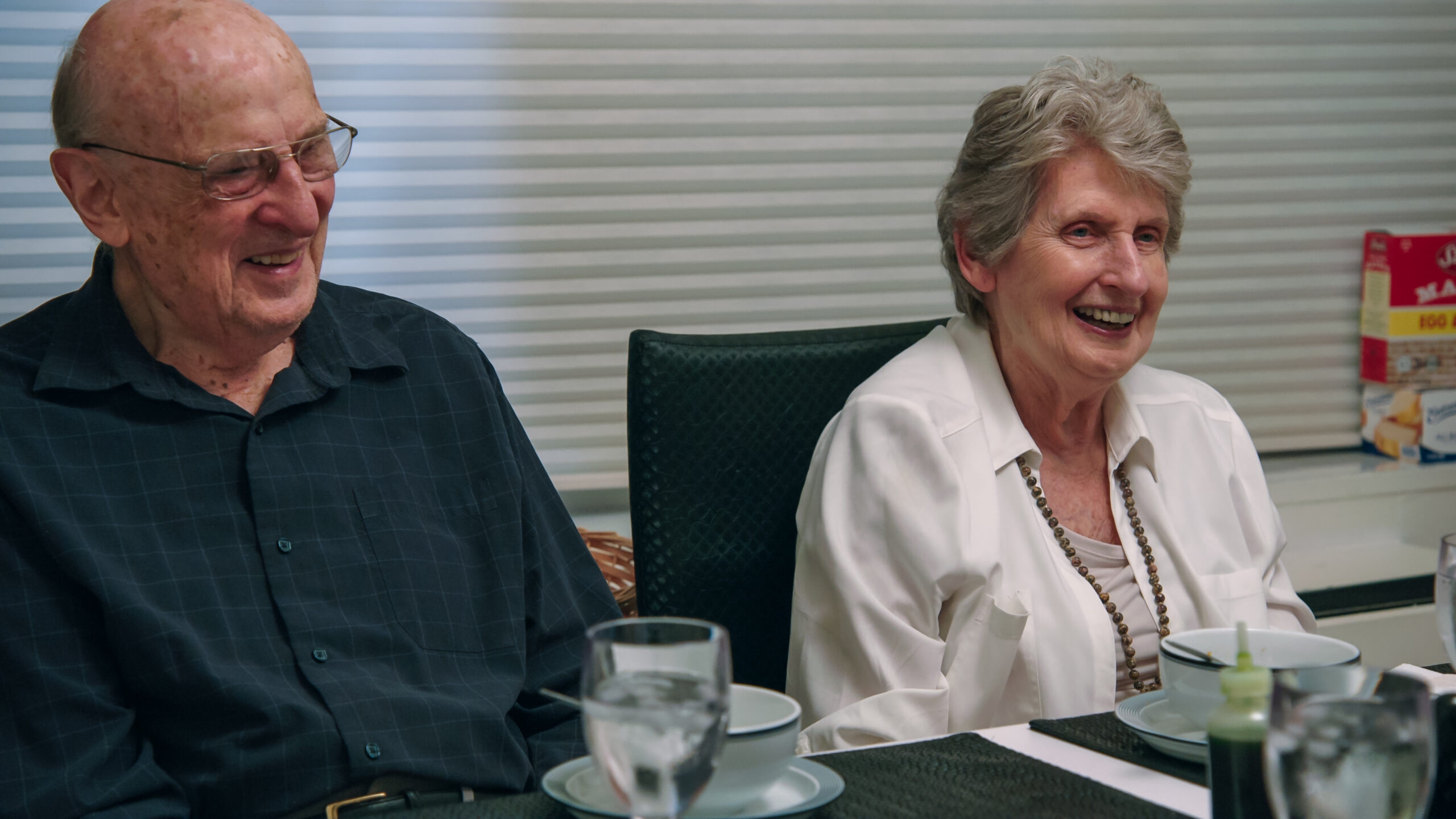 Max and Helen (Via Netflix)

After Helen, who had ALS, passed away in 2019, Max continued to be a solo presence on the show. But this latest two seasons have been without either of Rosenthal’s parents — sort of. While Max passed away in 2021, an entire episode of this season is dedicated to him and Helen, featuring their best moments on the show and their life stories. The episode reveals that it was Max who taught Rosenthal to enjoy the simple pleasure of food — the epigraph on his grave reads, “Are my eggs fluffy?” a perennial question that he always asked after making breakfast, to which his wife always replied, “I’m listening to the opera,” which is the epigraph on her grave.

As Phil says, his father and mother showed him that if you learn to appreciate the simple joys in your life — from wonderfully textured eggs to music — then “you might always be happy then with something.”

Rosenthal also incorporated a moment to honor Max, an amateur comedian, in each episode of the past two seasons, inviting comedians and actors to tell a joke in his dad’s honor. One of them was Pamela Adlon, who told two jokes with Jewish flavor (one about brisket, one about Jewish moms) as she chomped down on burgers and Phil noshed on a Chilean empanada.

Monica Horan, Rosenthal’s wife who also played Amy MacDougall in “Everybody Loves Raymond,” is also part of the show. She grew up Catholic and converted to Judaism when she married Rosenthal — but when she was 13, she discovered her grandfather was actually Jewish, as she tells her husband in the Dublin episode that she is 25% Jewish. “You seem more than that when you complain,” he tells her jokingly. The couple is a thing to behold — it’s clear that they’re incredibly in love and devoted to each other, and that they still find so much happiness in one another. 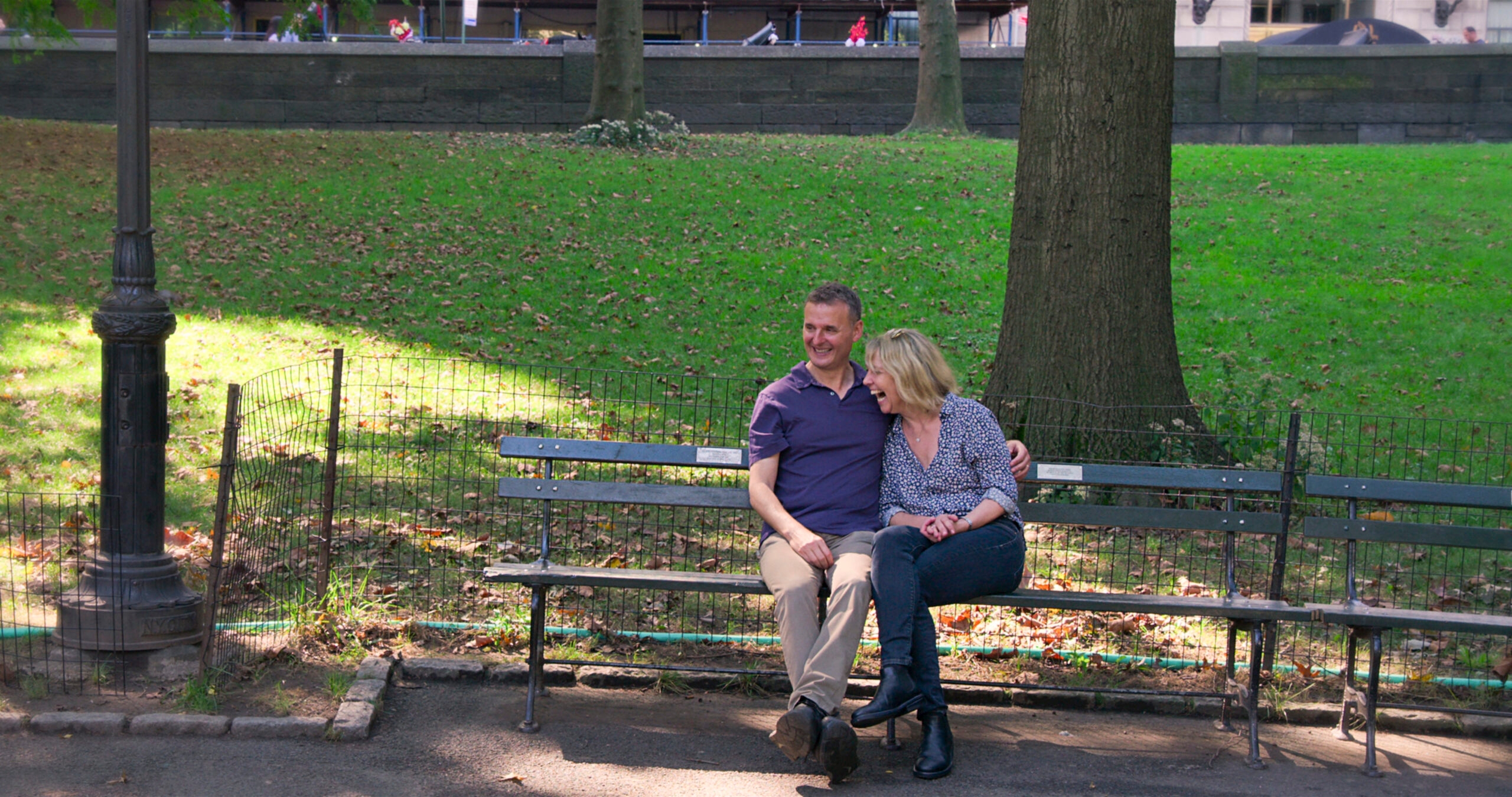 Phil and Monica in Central Park (Via Netflix)

Rosenthal also brings both son Ben and daughter Lily on the show — who clearly have the same passion for the culinary arts that he does. In the Nashville episode of this latest season, Rosenthal jokes with Lily that eating with her is a much better bonding experience that “the fakakta dolls I had to play with.” Lily is actually following in her father’s footsteps and mixing food with charity with her initiative, “Liv a Lil,” in which she brings together two restaurants to create a pop-up fusion dish and donate its proceeds to charity.

Rosenthal is master of hachnasat orchim — the Jewish value of hospitality. While he doesn’t actually invite people to his physical home, he shares the food he loves with friends and strangers alike, like in the New York episode where he introduces comedian Tracy Morgan to Jewish appetizing. Not one episode ends without Phil sharing food with another person, and he seals each episode with a big communal meal with all its participant — a seder-like setting where both sustenance, traditions and stories are shared.

Rosenthal is also, as much as he can be, a conscientious tourist. He is genuinely interested in the diversity of life and food in every place that he visits, and while isn’t the type of person to get on a podium and rave about politics, he does try to share the complexities of the history and current events of each place he visits, from Tel Aviv to Croatia and Santiago.

In every episode, Phil also tries to include a little mitzvah — connecting with someone who does charitable work in the city, like a community kitchen in Chile and a food pantry in Tennessee, and encourages his viewers to donate.

And at the end of the day, Rosenthal is a kveller. Even though he jokes that Jews invented the art of complaining — and he does know how to kvetch when needed (usually when his brother Richard makes him do something incredibly physical to get good footage for the show) — he lives to kvell. That’s especially true about food — through which he transmutes such glee. It’s impossible not to have your day improved vastly by watching him take a bite of food and then express the elation it gives him with every part of his body — his eyes lighting up, his smile stretching across his face and his eyebrows reaching the top of his forehead. As one observer noted, he lights up like a Hanukkah bush.

He finds that same joy in people, in both the many friends and collaborators that he brings on the show, and the strangers he meets at his destinations.

“Somebody Feed Phil” reminds me of the healing, communal and endorphin-inducing power of food, but also keeps me believing in friendship, in love, in family. It’s my comfort watch — haimish and nurturing.

The only thing that I don’t like about the show? How hungry each episode leaves me. But other than that, “Somebody Feed Phil” is chef’s kiss television.