Some Asshole Painted Swastikas on These Innocent Turtles 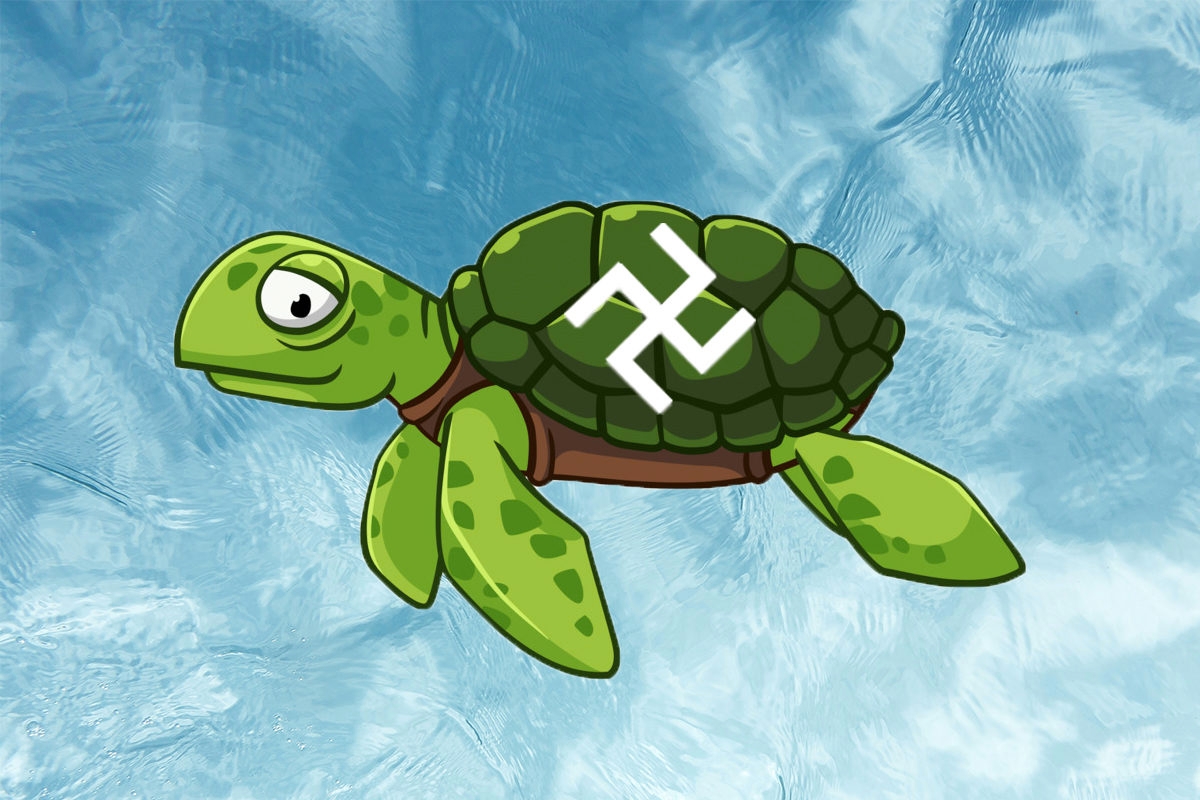 With all the very real, very terrifying things that are happening in the world today, the last thing we should have to worry about is a bunch of anti-Semitic turtles.

And yet, here were are, doing just that.

In a truly bizarre case of apparent anti-Semitism, several turtles have recently been spotted with swastikas painted on their shells at a park in suburban Seattle.

Turtles With Swastikas on Their Shells Are Crawling Around a Park in Washington https://t.co/Fhb8muYwNQ pic.twitter.com/22wKRdOIcR

Incredibly, the Renton Police Department is struggling to capture the notoriously slow creature. According to a police Facebook post, the city of Renton has called for backup from federal wildlife officials for help removing the Nazi symbol from the resident reptiles.

As jarring and disturbing as the Nazi symbol is, the anti-Semitic perpetrator seems to have missed the mark on properly executing the hate crime.  “It appears [the swastika] may have been painted in the wrong direction,” said Miri Cypers, a representative for the Anti-Defamation League.

Apparently, in their haste, the perp forgot that slow and steady wins the race.