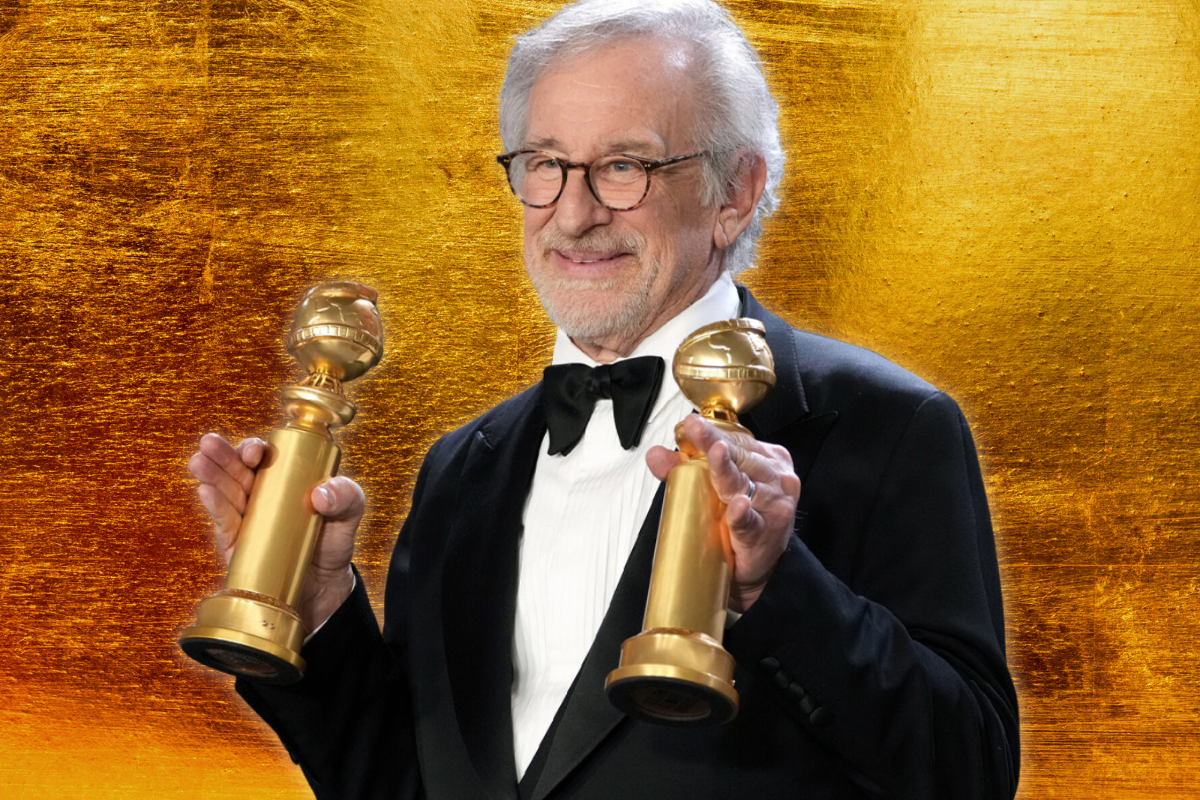 Last night, Steven Spielberg took home the Golden Globe for Best Director for his semi-autobiographical movie and ode to his Jewish mother, “The Fabelmans.” Later in the evening, “The Fabelmans” would win big again, claiming the award for Best Motion Picture.

In our book, however, Spielberg actually won three times at the 80th Golden Globes awards. Yes, that’s right: Spielberg has also snagged the title for Cutest Jewish Moment of the Evening for giving a heart-warming tribute to his Jewish mom — including some Yiddish!!

“I think … there’s five people happier than I am,” Spielberg said in the acceptance speech, “There’s my sister Anne, my sister Sue, my sister Nancy, my dad Arnold and my mom. She is up there kvelling about this right now.”

Spielberg’s mother Leah, who was in attendance at the 1994 Oscars where “Schindler’s List” won both Best Director and Best Motion Picture, passed away in 2017.

It’s worth noting that Spielberg was also part of another adorable and poignant moment of the night when “Everything Everywhere All At Once” star and Best Supporting Actor award winner Ke Huy Quan tearfully thanked the director in his acceptance speech for giving him his first big role in in “Indiana Jones and the Temple of Doom” at the age of 12.

Mazel tov to all the winners, and Steven: We expect something equally cute and Jewish to happen if “Fabelmans” wins some Oscars!