Spielberg’s Upcoming Biopic, 'The Fabelmans,' Is an Ode to His Jewish Mother – Kveller
Skip to Content Skip to Footer

Spielberg’s Upcoming Biopic, ‘The Fabelmans,’ Is an Ode to His Jewish Mother 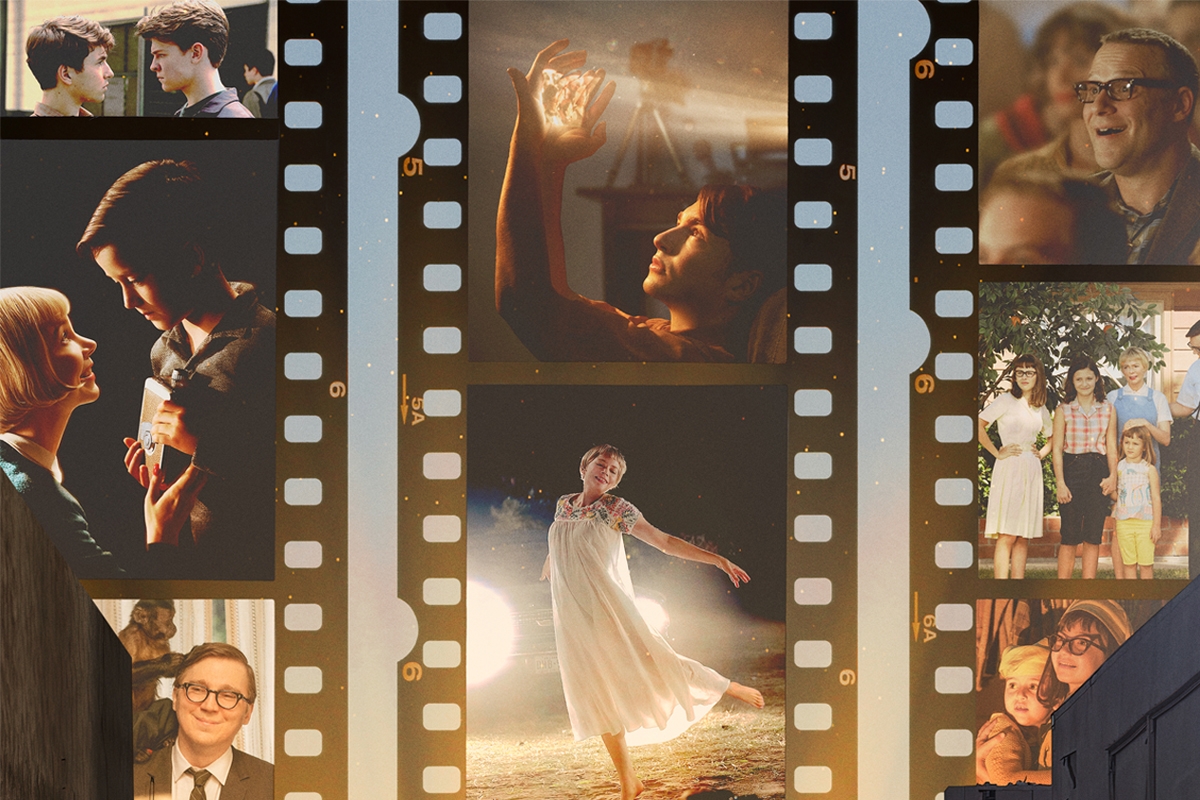 It has been nearly half a century since Steven Spielberg‘s directorial film debut, and now we are finally getting the landmark oeuvre of any legendary director: the (semi) autobiographical pic. “The Fabelmans,” which explores the director’s childhood and teen years in post-WWII Ohio, and later Arizona and Northern California, premiered last Sunday at the Toronto International Film Festival (TIFF) and the amazingly Jewish trailer of the movie also dropped on the same day.

Spielberg’s life absolutely lends itself to a movie. So many of his movies are fascinating (and yes, dramatized and fictionalized) versions of historical tales, from “Schindler’s List” and “Munich” to the very solid “The Post,” “Bridge of Spies” and “Lincoln.” So to say that I have been anticipating this movie — which Tony Kushner started co-writing with Spielberg in 2012 — is an understatement. And judging by the critical response, “The Fabelmans,” which is premiering nationwide this Thanksgiving (on November 23, to be exact), is worth the anticipation. It looks like it will be another excellently crafted Spielberg movie (and not his last, for those who were worried about that!).

The movie’s trailer sets it up to be an exploration of Spielberg’s relationship with his Jewish parents, Leah and Arnold Spielberg. In the movie, they’re Mitzi Fabelman, played by the incredible Michelle Williams, and Burt Fabelman, played by Paul Dano. Young Sammy, a stand-in for Spielberg himself, is played by Canadian newcomer Gabriel LaBelle.

In the movie, Sammy is encouraged by his mother, who, like Leah, is a gifted pianist, to follow his dreams of wanting to be a filmmaker. In fact, it’s Mitzi who sows, and waters, these seeds of creativity, giving him his first camera and marveling at the first film he makes of a toy train. “Movies are dreams that you never forget,” she tells her son.

Like Arnold, Burt doesn’t really understand his son’s creative penchant. “Could you stop calling it a hobby?” Sammy tells him when he gives him a speech about having to take care of those that he loves.

This dichotomy is also used as a front in the divide between Sammy’s parents (Spielberg’s parents divorced in 1965). “You dismiss what he does as playful and imaginative; you could be more encouraging,” Mitzi is shown telling Burt in the trailer. Tensions mount between Sammy and his parents — while his mother tells him that he is like her, an artist, we also see them fight, with Sammy accusing his mother of always being the center of attention.

Just like the Spielbergs, who were raised Orthodox, the Fabelmans are one of the few, if not only, Jewish families in their neighborhood — while the family moved around a lot, it was always to areas where very few Jewish families lived. As they drive into their neighborhood filled with dazzling Christmas lights, Burt admires how different the streets looks illuminated, saying, “It’s hard to find our house.”

“Ours is just a dark house with no lights,” Sammy responds. Yet, the Fabelmans are later shown proudly lighting a menorah at their window. They also have a Shabbat dinner, with kugel, challah and brisket.

Just like young Spielberg, Sammy Fabelman experiences antisemitism. We see it when he finds a donut in his locker that says “Jew-hole.” Sammy is later punched in the face by a kid in a baseball jacket. Spielberg has previously spoken about being assaulted for being Jewish in high school — “I got smacked and kicked around. Two bloody noses. It was horrible.”

Back in 2019, Spielberg talked about how antisemitism shaped his Jewish identity, making him feel like an outcast. “I encountered antisemitism as an elementary school student in my school… popular kids would pick on less popular kids, in my case zero popularity, growing up,” he said.

“I didn’t think of it as hate but thought of it as a shame,” Spielberg continued. “I was ashamed of a lot of things and they actually managed with enough chiding and bullying to make me actually feel ashamed of being Jewish.”

Yet that shame didn’t enter the walls of his home. “Inside me, I have always been very proud to be Jewish.”

And that’s certainly true for a man who not only has helped keep Jewish history alive through his movies but also through his philanthropic work. He started the Righteous Persons Foundation and the USC Shoah Foundation Institute following his work on “Schindler’s List,” and last year launched a foundation to fund Jewish-themed documentary films.

Yet while the names are Jewish as well as the story, the cast of “The Fabelmans” is less so. Spielberg has stated that he cast Dano and Williams, both of whom are not Jewish, because of how much they each reminded him of his parents. “The most challenging part was finding the cast that best represents [my] family,” “Spielberg said at TIFF, adding that “Michelle Williams was very representative of my experiences of my own mom.”

Williams is especially dazzling as Mitzi, and the reviews are already uniquely lauding her performance. There’s something absolutely effervescent about the actress in every role she plays. In this trailer, she has the feel of a Hollywood starlet: blonde hair, red lips and a pearl necklace. She’s whimsical and passionate — and intense.

There are two talented Jewish actors who really shine in the trailer. Judd Hirsch plays Mitzi’s uncle, Boris — “family, art, life! It will tear you in two,” he says in the trailer, summing up the tension between Sammy and his two parents, and also the tensions in every artist’s life. Like Sammy, Boris is enraptured with Mitzi — “she should have been a concert piano player,” he tells Sammy. He also sees that both son and mother have the same kind of passion in them — “what she’s got in her heart is what you’ve got,” he says with his deep Eastern European accent.

Seth Rogen plays Sammy’s surrogate uncle, Bennie Loewy, a co-worker of Burt’s who is incredibly close to Mitzi, and who is based on Spielberg’s favorite uncle — “If you stop making movies it will break your mother’s heart,” we see Loewy tell Sammy in the trailer.

The Judaism of “The Fabelmans” is an integral part of the movie, but it’s not always in the foreground. “I liked very much the easy way that Jewishness lives in this movie,” Kushner said at a Q&A in Toronto on Sunday. “It’s a very profound part of Steven’s identity and of the Fabelmans’ identity, but it’s a movie that’s about Jewish people rather than entirely, exclusively about antisemitism or Jewishness. It’s not a problem; it’s who they are.”

“This film, for me, is a way of bringing my mom and dad back,” Spielberg said this weekend. “And it also brought my sisters, Annie and Susie and Nancy, closer to me than I ever thought possible. And that was worth making the film for.”

“The Fabelmans” is an ode to cinema, to Jewish family, and the driving power of one larger-than-life Jewish mom. I’m sure it will bring together, and enrapture, many a Jewish family this 2022 Thanksgiving weekend.