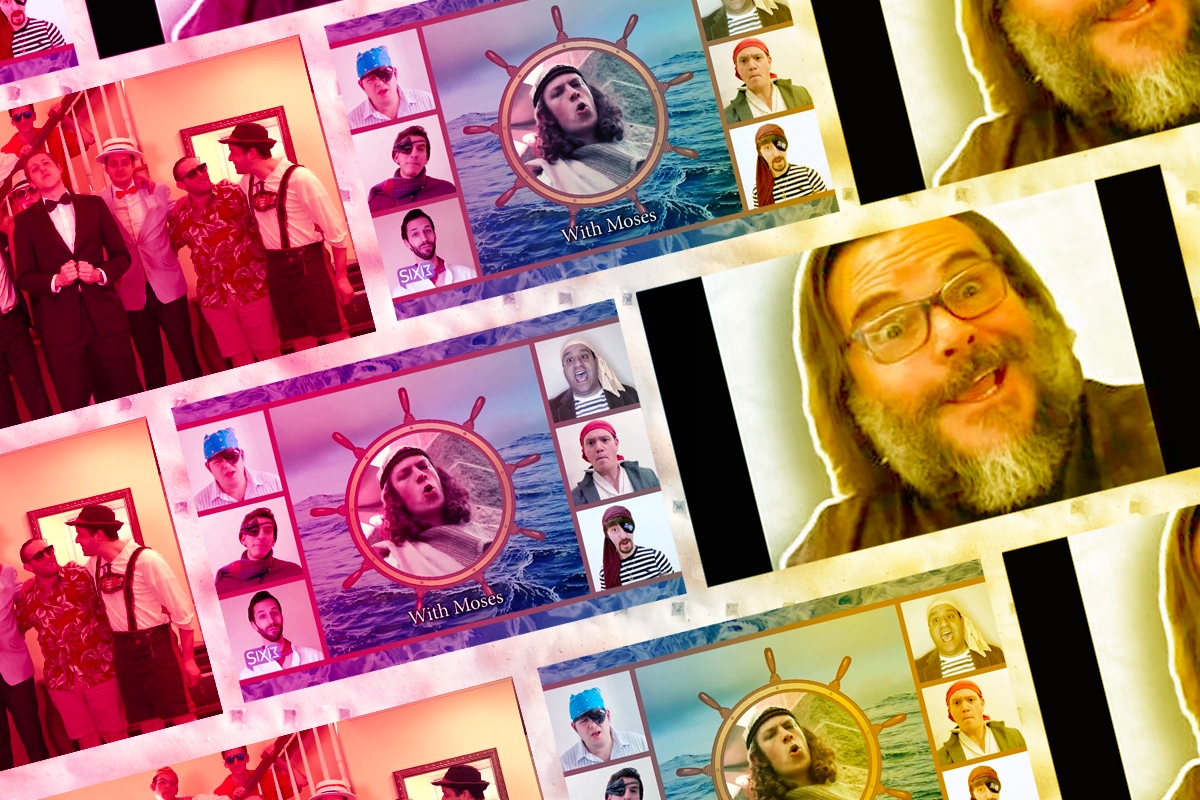 Passover is a big holiday for the Jewish parody industrial complex (OK, so that’s not really a thing, but…). Every year, Jewish a cappella groups and other artists come out with incredible Passover-themed covers and well-produced videos to help us all get into the spirit of the holiday.

The competition is fairly stiff, but I’ve put together a definitely not definitive ranking of the best Passover parodies on the internet. I’ve tried to make this list diverse, i.e. not just a listicle of Maccabeats songs (though we love the Maccabeats!) though you’ll definitely recognize some groups showing up again and again.

Some of the references in this parody video, which is not at all musical but instead pokes fun at the usual suspects we find at our seder, are dated. But the gist of it remains pretty accurate. We all are so familiar with the characters in “Seder the Movie,” from the cousin who brings their guitar to the uncle who watches too much Fox News.

9. “Why Are Seders So Long,” a Passover Moana parody

“Moana” remains one of the best Disney movies ever made, and this parody of “How Far I’ll Go” called “Why Are Seders So Long” is painfully accurate.

8. “Dayenu” by The Maccabeats

The Maccabeats Passover parodies often involve songs from the seder, and this version of “Dayenu” is possibly my favorite version of the classic seder song — and that’s because it goes through lots and lots of different musical styles and time periods while remaining seamless and exciting.

A cappella group Six13’s Passover parodies are *chef’s kiss* and many of them are in the list below, but I had to include a “Frozen” parody in this list because I know some of your kids are still living in the Elsa costumes. A bonus “Frozen” parody is this high production value one from Jordan Stauber.

6. “Les Misérables” by The Maccabeats

This Les Mis Maccabeats parody brings all the drama, and honestly, the epic and dramatic vibe of this musical just works so well for the Passover story.

I love this new Billy Joel Passover parody mash-up that came out this year — because it’s timeless like the Billy Joel songs it’s based on.

This MC Hammer “U Can’t Touch This” parody is so perfect! It’s nice to have the absolute worst part of Passover, our bread deprivation, turned into such a funky, delightful cover. I almost feel better about not eating hametz. Almost.

There are so many similarities between the story of “The Lion King” and the story of Moses — and no, that’s not a coincidence. That’s what makes this Lion King passover medley by Six13 so delightful.

OK, Six13 are really dominating this list, but this one is one of my absolute favorites. It came out at a time when sea shanties were very popular on TikTok, but for some reason, pirates always feel like they’re in season, and this sea shanty is particularly excellent.

This seder song is actor and musician Jack Black’s favorite, and it’s also my favorite. Black’s rendition of it is so metal and so good, and just makes me wish he could narrate my entire seder.