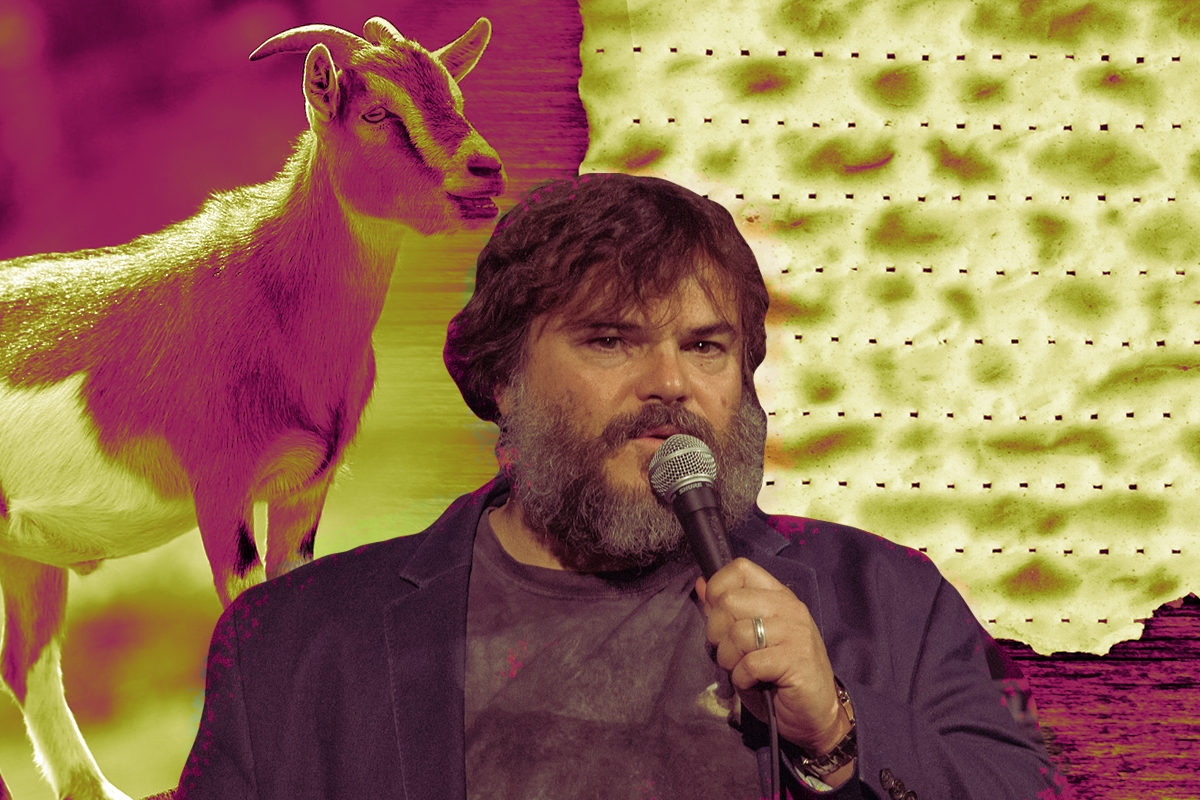 We’ve discussed how Jack Black, Jewish dad, rockstar, and new TikTok hero, is great at singing the Hanukkah blessings. But did you know that one of his favorite “metal” songs  is a Passover song?

That’s right, Black has called “Chad Gadya” — the song that we end the seder with — the original metal song. We’ll let Black explain the premise of the song: “It’s all about the chain of life, it starts off with a little goat that father brought for two zuzim, and the goat was eaten by the cat, who was [bitten] by the dog and it goes all the way up to the angel of death that [slew] the ox.”

The Jewish dad of two is obsessed with “Chad Gadya!” How much does he love it? So much that he actually insisted on including it in a Hanukkah album! Hanukkah+, a truly excellent Hanukkah album that came out in 2019, starts with Black’s rendition of “Hanukkah, Oh, Hanukkah” and ends with his delightful cover of “Chad Gadya.”

Personally, I have to say this rendition of “Chad Gadya” absolutely cracks my toddler up! I love that it includes animal sounds, and of course, Black’s amazing vocals.

Black told Conan O’Brien in 2012 how he shamelessly sang the song to impress the administration of the Hebrew school he was trying to get his kids into when they were younger.

Apparently, the song was his favorite during seders when he was a kid. He told Conan that, when he was a kid, his family had a Hagaddah with illustrations for every part of the song. “I remember when I was a kid I was obsessed with the angel of death, it was very Black Sabbath,” he said.

And turns out, “Chad Gadya” isn’t the only part of the Passover Hagaddah Black knows by heart. You need to watch him recite the beginning of the Four Questions:

So is Passover the most metal Jewish holiday? Jack Black has definitely convinced us that it is!