The Newest 'Dancing with the Stars' Champion Is Jewish! – Kveller
Skip to Content Skip to Footer

The Newest ‘Dancing with the Stars’ Champion Is Jewish! 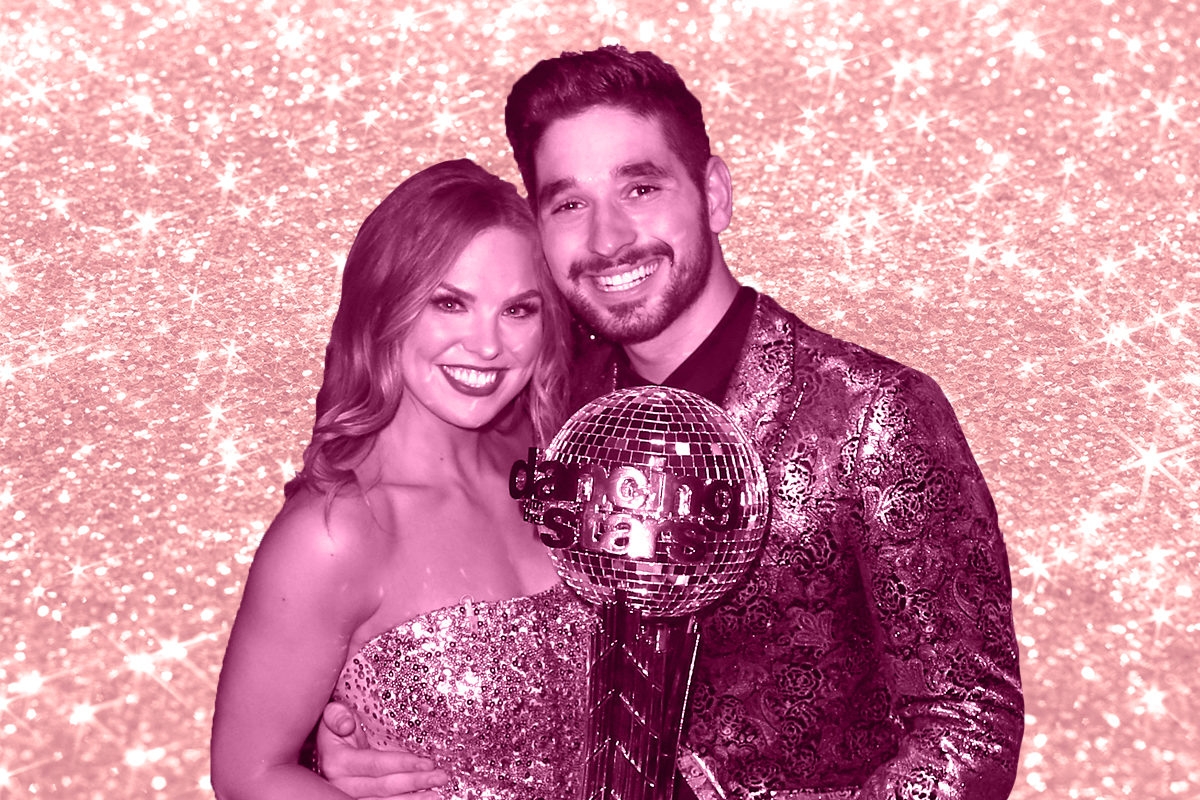 For those who didn’t watch her season of the reality dating series, one competitor got booted off the show after he shamed Brown for having sex with a contestant. She told him: “I had sex, and Jesus still loves me.”

Brown, 25, ended the season breaking off her engagement with the winner. But her story doesn’t end there! Last week, she emerged victorious in the 28th season of Dancing with the Stars, beating Fifth Harmony singer Ally Brooke and Queer Eye expert Karamo Brown, among others.

But no, Brown is decidedly not Jewish. So what gives? Well, as the old adage goes: It takes two to tango. And Brown’s “dancer” to her “star” is a Jewish professional dancer, Alan Bersten.

Bersten, also 25, joined the cast of Dancing with the Stars in season 20 as a member of the troupe, and was promoted to a dance partner in season 25. His celebrity partners have included Olympic figure skater Mirai Nagasu, 1980s teen pop sensation Debbie Gibson, and model Alexis Ren. But his season with Hannah Brown was Bersten’s first win.

Bersten was born and raised in Minnesota. According to the Minneapolis Jewish Federation, his parents are both Russian Jews, who emigrated from the former Soviet Union. He has an older sister and brother.

“My parents wanted me and my brother and sister to start dancing, but they had never danced in their lives,” he explained in 2018. “They found a ballroom dance studio, but it really wasn’t good enough. So they took a weird risk and opened a dance studio for us.”

He doesn’t speak much about his Jewish identity online — he shared in 2016 that he hopes “all of my fellow Jews have an easy fast this Yom Kippur.” (And the same sentiment in 2014. What about all the other years, Alan!?)

Scrolling through his social media, around the winter holidays is when the dancer shares the most about his identity:

When you wake up Christmas morning excited to see presents under the tree, but remember that you’re Jewish and don’t even have a tree 😳

Posting a photo with Santa Claus, he wrote (jokingly), “Obviously this is the Jewish Santa Claus.”

Obviously this is the Jewish Santa Claus 🎅

Mazels on your win, Alan!

Image of Hannah Brown and Alan Bersten in header by David Livingston/Getty Images.