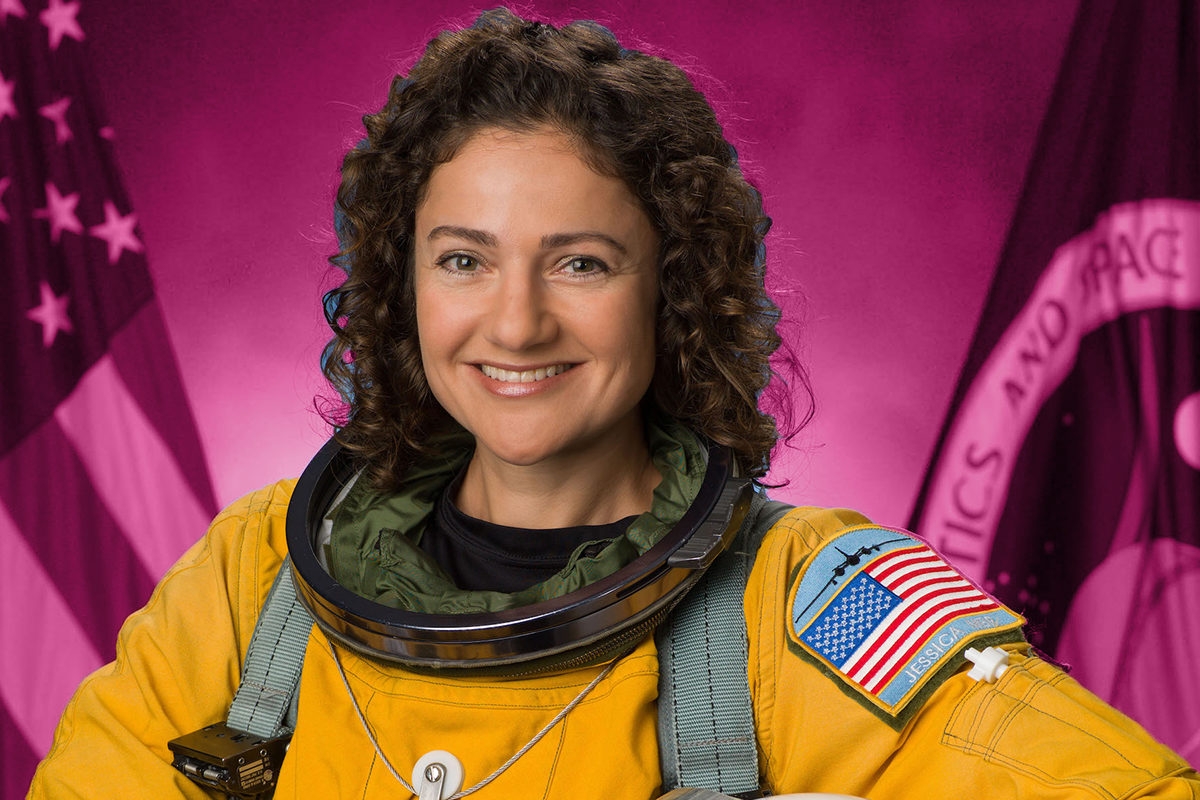 Two astronauts made history today when they participated in the first-ever all-female spacewalk. That’s pretty spectacular in its own right, but it gets even better: one of them is Jewish!

On Friday morning, Jessica Meir, 42, a Jewish Swedish-Israeli American, accompanied Christina Koch on a spacewalk outside the International Space Station. It was Koch’s fourth spacewalk but Meir’s first — and she worked her tuches off to land her first space mission.

NASA astronauts Jessica Meir (left) and Christina Koch are inside the Quest airlock preparing the U.S. spacesuits and tools they will use on their first spacewalk together. The Expedition 61 flight engineers are holding the pistol grip tools they will use to swap out a failed power controller, also known as a battery charge-discharge unit, that regulates the charge to batteries that collect and distribute power to the International Space Station. #nasa #astronaut #spacewalk #walk #international #space #station #quest

“I’m very excited to participate in the science,” Meir told JTA in the spring, before her mission began in September. “And also the other big thing personally, my dream has always been to go for a spacewalk.”

During Meir’s mission, she’s conducting a number of physiological, medical, and chemistry experiments to dig deeper into how being in space affects humans. She’s set to return from space this spring.

In honor of this monumental day, here are some fun things you need to know about the Jewish astronaut.

1. Not only is she among the first all-female spacewalk, Meir is also the first Swedish woman, the fourth Jewish woman, and the 15th Jewish person to participate in a space mission. Incredible!

2. Meir has been working towards this historical moment since she was all of 5 years old. She went to Space Camp for the first time after middle school, and she later completed a training program at Kennedy Space Center in college.

3. The youngest of five children, Meir was born in Caribou, Maine to an Israeli Iraqi dad and Swedish mother.

4. Although Meir’s mom didn’t want to convert to Judaism, the family identified as Jewish and went to synagogue at a nearby town.

5. Judaism is very important to Meir: “Personally I’m not really a religious person, but I think my Jewish cultural background is obviously a big part of my culture and especially traditions.”

6. It took the Jewish astronaut three attempts to get into NASA’s astronaut training program — third time’s the charm! She started in 2013 with eight other candidates and graduated two years later.

7. Meir never stops hustling. She spent a year preparing for this monumental mission, which included training in Russia and learning Russian, exercising on anti-gravity treadmills (to prevent muscle loss in space), and numerous medical tests.

8. If you could only bring three personal items to space with you, what would they be? For Meir, it’s an Israeli flag, menorah-printed socks — she loves novelty socks! — and a piccolo. The astronaut plays the piano, flute, and saxophone, but settled on the piccolo because of its small size.