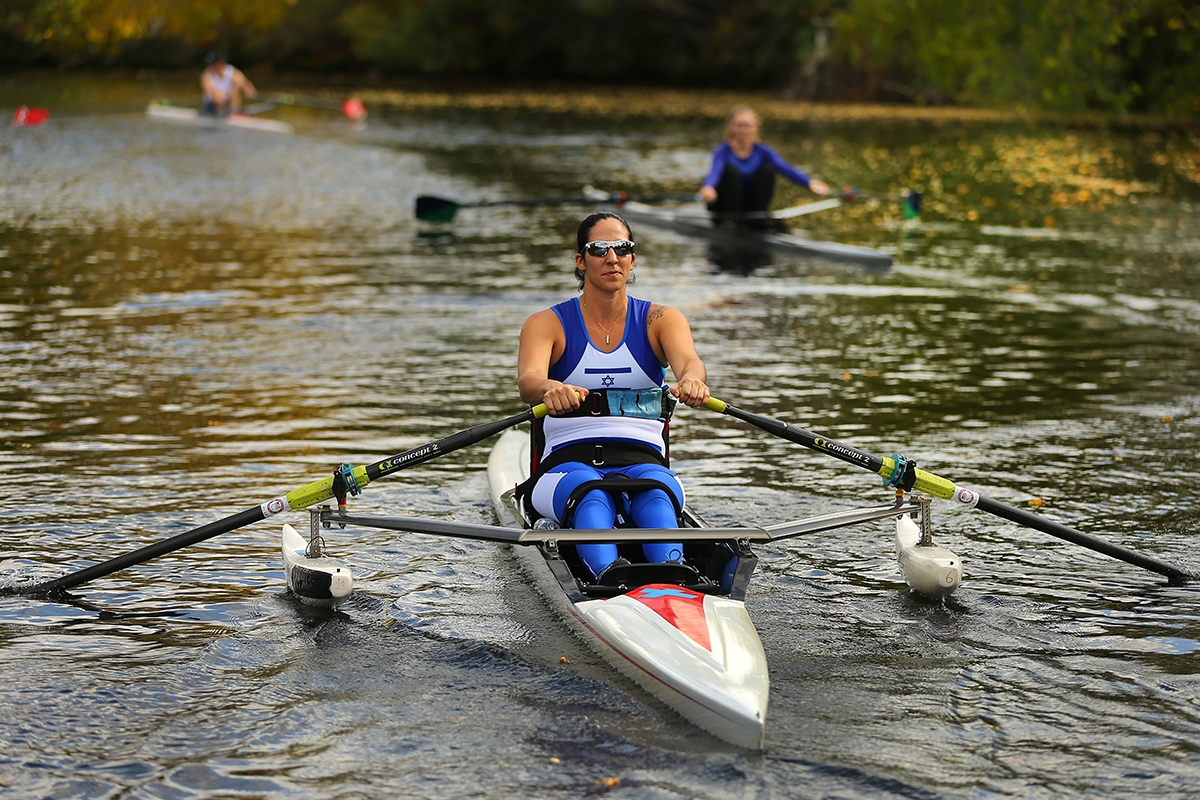 After this summer’s 2020 Olympics, this morning was the start of another important athletic competition in Tokyo: The Paralympic Games, an international sports competition that welcomes athletes with physical disabilities. And in very exciting news, Israeli Paralympic basketball player and champion rower Moran Samuel was a flag bearer in this morning’s opening ceremony.

Growing up in Karmiel, Israel, Samuel began playing basketball at the age of 9 and started her basketball career for the Israeli women’s national basketball team at only 15 years old. After ascending as a young sports star, her basketball career was unexpectedly cut short by a rare condition: While in school to become a physical therapist, she suffered a spinal stroke at the age of 24. From then on, she’s been paralyzed from the chest down. “I lost everything I knew,” she told Kveller during an interview in 2018. “I lost my future.” Hear Samuel’s story in her own words here:

While her condition initially kept her from the basketball court, Samuel refused to stay away forever. Three years after her stroke, she began playing basketball in a wheelchair, telling Kveller, “It felt like I was myself again.”

She was then encouraged to take on a new sport: professional rowing. As soon as she learned that this was a sport she could compete in during the Paralympic Games, she was sold. “You miss 100% of the shots you don’t take,” she told Kveller, quoting famed hockey player Wayne Gretzky.

Flashing forward, Samuel competed in the 2012 London Paralympics and the 2016 Rio Paralympics, making this year her third time competing in rowing.

Not only is Samuel a world-class talent and inspiration, but she is also a mom. Between the last Paralympic Games and now, Samuel and her wife Limor have welcomed two children: Arad, 5, and Rom, 3. “As a family it was the most amazing journey,” Samuel reflects on the eventful few years between the Games.

In a sweet video montage that Moran posted to her Instagram page, she pays homage to her wonderful family as she departed for her trip to Tokyo:

The Paralympic Games are a meaningful move toward inclusion for disabled people, and we actually have a Jewish neurologist — Dr. Ludwig Guttman — to thank. Guttman discovered that sports could be a significant tactic in the rehabilitation of his patients with paraplegia in England during the 1940s.

Samuel is incredibly inspiring and reminds us in her video, “It’s not what the challenge is, it’s how you face it.” We can’t wait to see her success in the Games in the coming weeks!