This Salsa-Infused Hanukkah Parody Will Make You Want to Dance 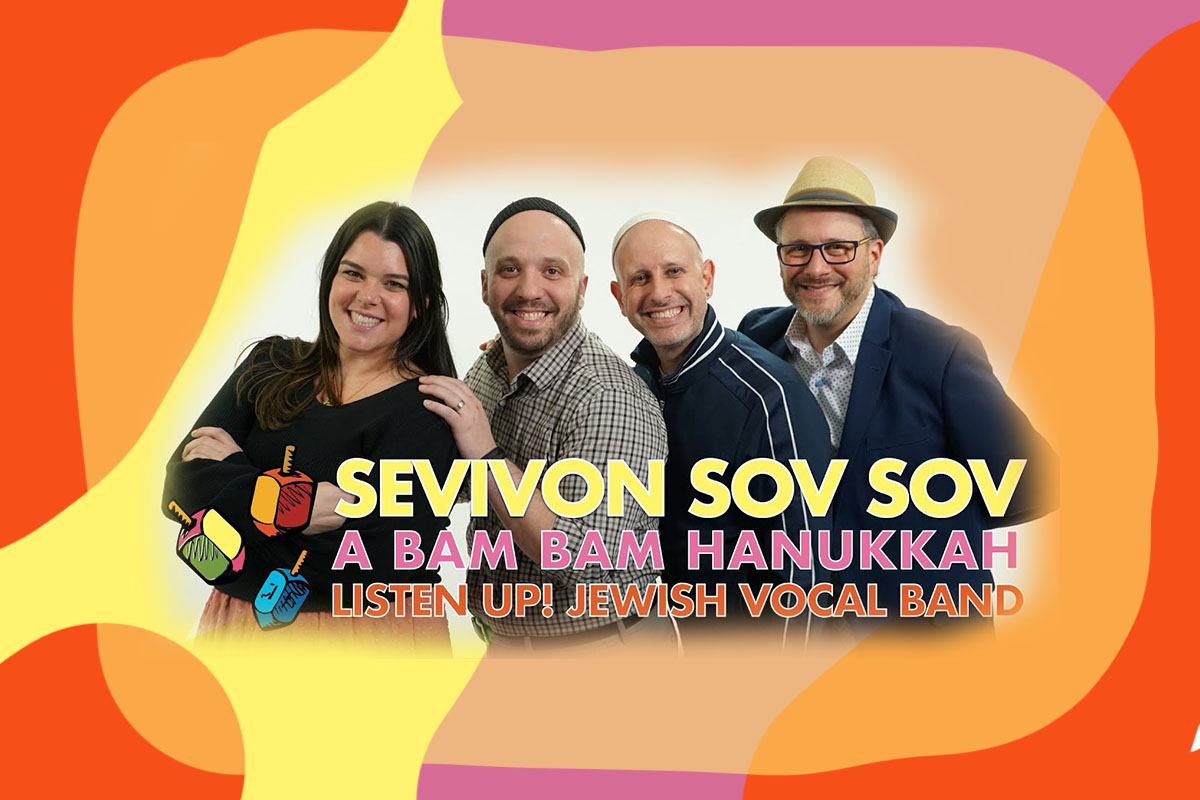 Camila Cabello’s “Bam Bam” was the hit of the summer, but it’s not really the song I was expecting, in the cold of 2022 winter, to appear in my Hanukkah parody repertoire.

But Chicago-based a cappella group Listen Up! — one of the few co-ed Jewish a cappella groups out there — just released a Hanukkah adaptation of the multi-platinum hit called “Sevivon Sov Sov Sov” — and it turns out that salsa beats and spinning dreidels mesh quite well.

“When Bam Bam first came out last Spring, Steve Singer and I were smitten with it,” Freddie Feldman, the group’s tenor/bass, tells Kveller over e-mail. “We were both listening to it all the time and I know Steve was addicted to the Latin percussion because he’s a trained percussionist (we often work hand-percussion into our music).”

Both Singer and Feldman didn’t consider the song as a parody contender at first because in the past, the band only used songs that are Jewish or Israeli. But when they brought it up this fall, the lyrics to this parody just came to Feldman. The new lyrics to the chorus work so well, especially with the charming clean vocals of Kadi House:

Feldman and the group then added some niggunim vibes to their Hanukkah version of the song. “We Jewished-the-song-up by throwing it at the end of the song on yadda dai dai over and over and it’s SO much fun to sing. Also Steve weaved in ‘Al Hanissim’ into the arrangement, which gave it an extra traditional Chanukah flare. I think combining those elements really helped make the song our own.”

This parody is truly unique — the Latin beats are infectious (a special gift for Latinx Jews!), the vocals are immaculate and it’s all just so joyous and catchy. It’s also a really fun song to spin your dreidels to.

Give it a listen here: