Tiffany Haddish Is the New Jewish Host of 'Kids Say the Darndest Things' (and We're Obsessed!) – Kveller
Skip to Content Skip to Footer

Tiffany Haddish Is the New Jewish Host of ‘Kids Say the Darndest Things’ (and We’re Obsessed!) 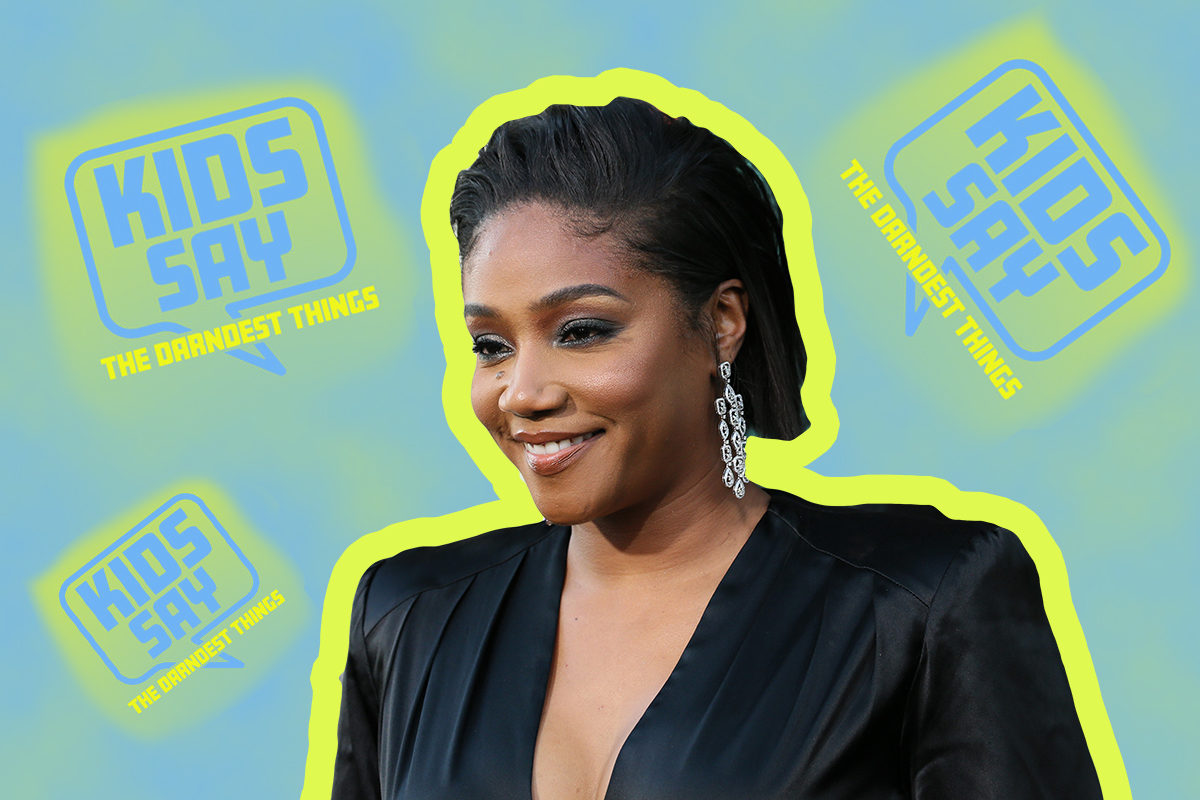 Tiffany Haddish is about to host a reboot of Kids Say the Darndest Things and, well, we’re super excited to see the Jewish star’s rapport with kids in action.

Apparently, Haddish — who calls herself a “Jew-Jo,” which is short for Jewish Jehovah’s Witness; her mom was a Jehovah’s Witness and her dad, she learned later in life, was an Eritrean Jew — has a lot of experience with little ones. She has four younger half siblings, and she began professionally working the bar and bat mitzvah circuit when she was around 11.

She was so good that she once almost accidentally killed a man with her incredible dance moves. Respect!

And, turns out, she was also extremely prolific on the circuit. After working on Kids Say with producer Eric Schotz for a few months, the duo realized that she hosted two out of this three children’s bar and bat mitzvahs! They even dug out the family pictures to prove it. It’s amazing.

When @TiffanyHaddish was starting out, she used to host bar and bat mitzvahs. After working on “Kids Say The Darndest Things” with producer Eric Schotz, the pair realized she had hosted the ceremonies for two of his kids. They found photos to prove it https://t.co/9eMHS3VNsr pic.twitter.com/3srAP43e3P

Schotz added: “You can’t make this stuff up.” It’s so good!

Haddish’s bat mitzvah experience won’t just help her with her variety show — it’s also going to be the inspiration for her next Netflix special, which is going to be called… drumroll… Black Mitzvah. Haddish explains that the special is about her experience connecting with her Jewish dad and roots (Haddish became an Eritrean citizen this year).

And that’s not all: Haddish is going to have her very own bat mitzvah when the special airs. Mazel tov! She’s learning Hebrew for the occasion (we’ve got some helpful Hebrew words for her, right here!). We’re also happy to help her organize — all we ask is for an invite. We’re bat mitzvah experts, after all!

There’s no premiere date yet for Black Mitzvah. But Kids Say is premiering on ABC on Sunday, October 6. (Yes, that’s the weekend before Yom Kippur! Is this an atonement for Haddish’s past distasteful comments about Bill Cosby, who used to host the show?)

From what we’ve seen so far, this is looking like the reboot we’ve all been needing. In the trailer, Haddish, 40, demonstrates why she’s perfect for the job. She really has a knack for talking to kids at their own level. She’s joking with them, and not at their expense.

Honestly, we want Haddish to babysit our kids! And if you do, too — or, at least, if you want your kids to meet Haddish — you can apparently apply to have them participate in the show!