What It's Like Preparing for the High Holidays in Pittsburgh, One Year After the Attack – Kveller
Skip to Content Skip to Footer

What It’s Like Preparing for the High Holidays in Pittsburgh, One Year After the Attack 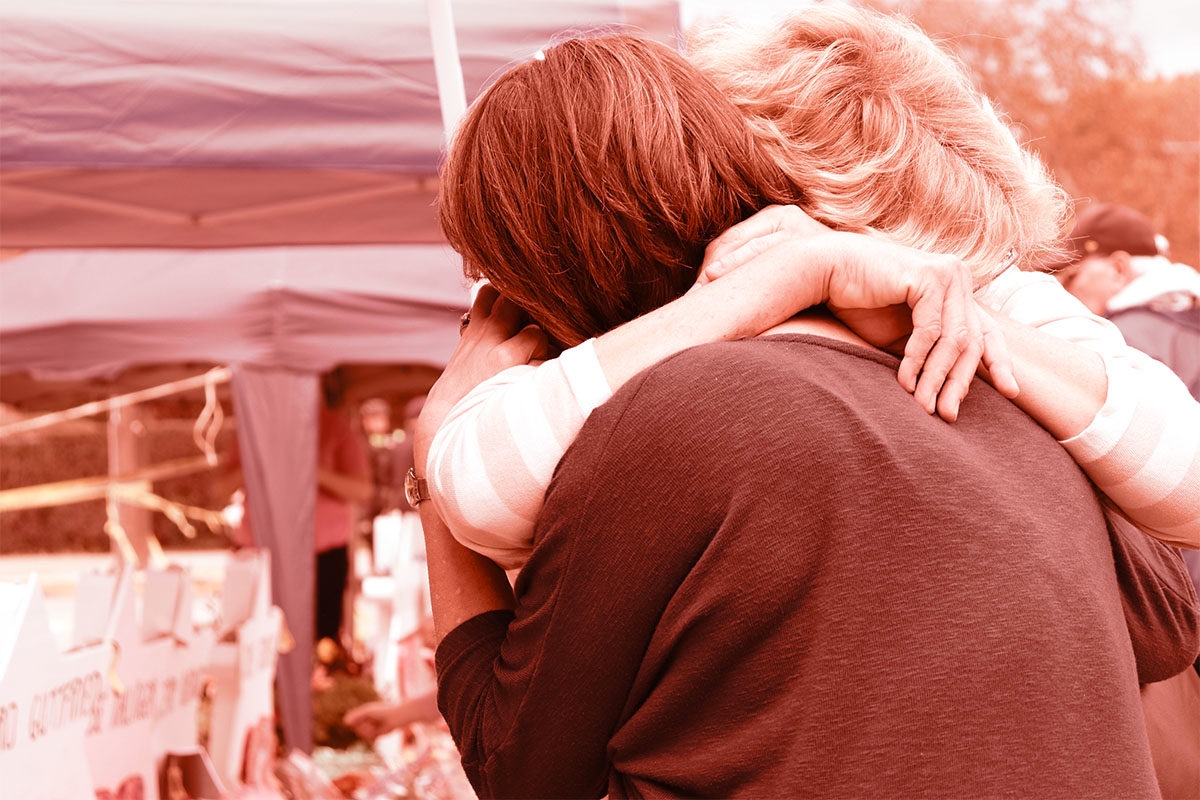 I’m sitting in a circle of women at our local synagogue, about to give a blessing to those of us whose birthdays fall during the Hebrew month of Elul, which is traditionally a period of introspection and taking stock. It’s a time to reflect on one’s deeds and spiritual progress over the past year, and prepare for the upcoming holy days of Rosh Hashanah and Yom Kippur.

The Jewish New Year is imminent; it’s a chance for all of us to start fresh. While I’m working my way towards a celebratory mood — thinking about new healthy recipes, sparkly plasticware, and those less fortunate who might need a meal — I’m also mindful of what our community has suffered.

For nearly a year, our tight-knit Jewish community in Pittsburgh — where we’ve lived for the past 12 years — has been grieving and mourning for the 11 Jewish souls tragically taken from us when the Tree of Life synagogue was attacked on October 27, 2018.

Through this horrific tragedy, however, I now finally understand what makes the Pittsburgh Jewish community so supportive and unique. Tree of Life synagogue is just five minutes away from the Chabad of Pittsburgh — where we are members — and our congregation quickly mobilized to show solidarity, love, and support. In fact, all the synagogues in Pittsburgh transformed into one big community. In the aftermath of the tragedy, I sensed an opportunity for me to also contribute. I just didn’t know how at first.

After the horrendous attack, Rabbi Moshe Vogel of the Aleph Institute in Pittsburgh — a Jewish humanitarian organization for prisoners and military personnel — stressed, “during the darkest of times, we need to increase our light even more.” He was referring to a deeper incandescent light — an eternal light that can only be lit by souls nurtured by a community. Our rabbi would echo the same sentiment, and it’s something I’ve thought about frequently over the past year.

In the circle at my synagogue, women are giving blessings for health and wealth. Some mention the challenging balance between doing what is right and what pleases us at the moment.

So far, nobody has mentioned what our community suffered — perhaps no one wants to ruin the celebratory moment. Or maybe we, as a community, have moved on? I, too, want to take on the Jewish New Year with a bang; I’d like to trust that the Almighty truly has my back even during the darkest of moments, and some of my goals for 5780 include to listen more and reduce the need to control those I love.

When my turn to speak comes, I wish the birthday women the ability to stay in the moment. I recall the well-known expression and say, “Let go and Let G-d,” as a reminder — to them as much as myself — to surrender control. I am deeply compelled to mention the attack, but part of me wants the intentionality of our circle to help propel our community forward. And so, I hold back, even as I wonder if I’ll regret not saying anything.

During my walk home, I reflect on this idea in light. After the attack, I witnessed something I know to be true in catastrophes — how the entire world stood in solidarity with the Pittsburgh Jewish community. After 19 years of living in Israel, I left in 2007 in order to protect my son from constant terror attacks. Following Tree of Life, however, I craved the protection of statehood, in the form of the Israel Defense Forces. America certainly wasn’t safe anymore. But since packing up and leaving wasn’t an option, I had to somehow find a way to keep my longings for Israel at bay.

Up until the attack, I had become more of a spectator at community events. I think I was attempting to bypass the unsatisfied longing I had to truly connect with people — something I was able to do easily in Israel but never quite managed here. The darkness of this tragedy opened new possibilities to change, to become the sort of the community connector I was seeking.

As the saying goes, “Be the change you want to see in the world.” Here was a chance to step up and be that light for my own personal growth. Could I help my community heal? Did my voice matter? Could I make a difference?

I figured I could start small, and so, I started baking challahs every Thursday. I posted pictures on social media and asked if anyone would like a warm, fresh challah. I distributed them to Facebook friends, neighbors, and my husband’s colleagues. I started inviting acquaintances, strangers, and Jewish contacts we knew to be unaffiliated with a synagogue to Friday night dinners and Jewish holidays. The fact that our table was overflowing with guests was proof enough that I had been getting in my own way. I had what it took to create a new sense of community.

In the months following the attack, my teenage son had gotten used to the sight of warm, fresh challahs piling up on the counter every week. His Jewish day school was intimately connected to Tree of Life; it was just a mile away, and he and his classmates attended a minyan, a morning prayer services, every week there for several years. Some of his friends’ families are members at Tree of Life.

He had shied away from discussing anything related to the attack. I took this as a sign that he needed to process. One day, however, he suddenly asked, “Why do you have to keep baking so many challahs every week? What’s the point?”

“Give them to families and people in need,” I told him. “There’s just too much darkness.”

One day, I saw him grab a few strands of challah dough and braid them. In our own way, he and I began to partner in spreading light.

It’s true that baking challah seems like an unconventional approach to fighting hate, but having attended a few large challah bake events — which brought together hundreds of women from the community, regardless of Jewish knowledge, affiliation, or background — I knew there was power in such a simple action. Specifically, baking challah would help me feel tangibly connected to my Judaism, and by giving the challahs to others, I’d help them feel connected, too.

In these trying times — when anti-Semitic acts are becoming more commonplace here in the United States — my strategy is to help build our Jewish community, without fear or shame, and to be a beacon of light wherever I go. Recently, New York Times columnist Bari Weiss painted an attainable vision of Judaism that I deeply relate to: “A Judaism capable of lighting a fire in every Jewish soul and in the souls of everyone who throws in his or her lot with ours.”

As the commemoration of the one-year anniversary of the Tree of Life shooting approaches, I am taking stock during these last few weeks of Elul: With renewed light, we, as a community, have become much stronger, thanks to the love and support of our Pittsburgh community and that of the world at large. We will never forget what we have lost, and it is my deepest wish that our individual lights will propel our community forward as we look to the New Year.