When a Tornado Warning Becomes the Best Thing EVER 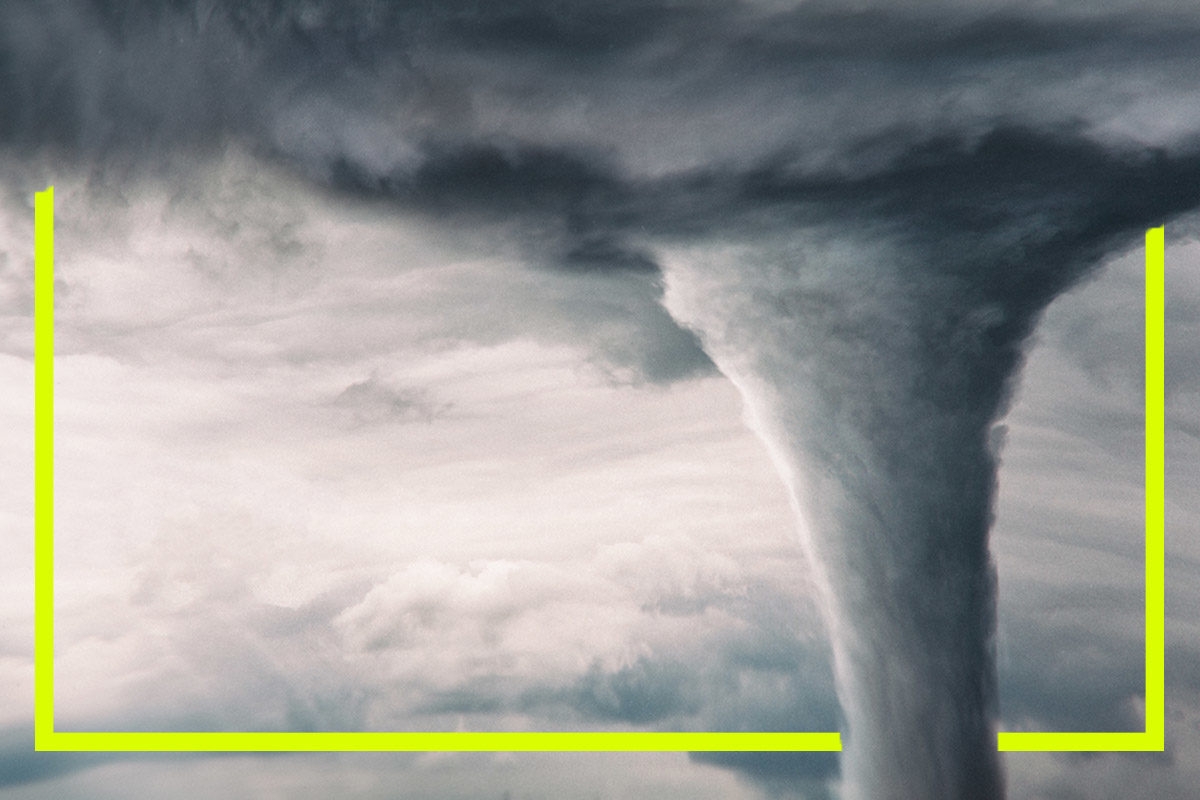 When I was a kid, around 7 years old, I saw the movie The Wizard of Oz and totally freaked out. The Wicked Witch of the West had nothing to do with my fears — I was totally terrorized by the tornado.

I vividly remember my mom trying to talk me down from my fears that I, too, would get swept up by a twister and wind up in Munchkinland. She only broke through my terror by saying, “We live in New Jersey, Jordana. There are no tornadoes in New Jersey.”

Well… the other night, I huddled in my New Jersey basement with my husband and my six kids as a tornado hit New Jersey. And so I texted my mom: “You said there were no tornadoes in New Jersey.”

She didn’t respond. Probably because she didn’t have good cell reception in her New Jersey basement.

Before dinner, I’d received a text from my town’s youth baseball league that the evening’s games would be canceled — always a victory in my book — and that we should all be very careful because there were tornado watches throughout the area. (A tornado watch, I later learned, means that tornadoes are possible; a tornado warning means one has been spotted.)

I realize that some of you, particularly in the middle of the country, may be reading this and rolling your eyes. After all, 67 tornadoes were reported last weekend in Texas, Oklahoma, Louisiana, Kansas, and Nebraska. Earlier this week, a new record was set in the U.S.: There’s been 12 consecutive days of at least eight tornados.

But, here’s the thing: We live in New Jersey! “I just never heard of a tornado in New Jersey,” I said as I put pepper on my chicken at dinner. My husband agreed. My sons started debating whether the windows of the house would shatter inward, or outward.

My 7-year-old daughter — who looks eerily similar to how I looked at that age — has also seen The Wizard of Oz. And I could tell by the look on her face that she’d overheard our conversation.

“A tornado?” she said with horror. “That sounds so scary!”

“And a tornado would be,” my 15-year-old son said, in an attempt to placate her. “But we are talking about tomatoes.”

The conversation rapidly devolved into a (failed) attempt to convince her that we were talking about flying fruits and vegetables, a la Cloudy With A Chance of Meatballs. After dinner, we went through the regular bedtime whack-a-mole routine (put one in bed; another one gets up; repeat 5,000 times). Then, I settled on the couch to read with my husband while the boys got to work on their homework… I mean, XBox.

Around 8:45 pm, trees were blowing around and I was entering that blissful starting to sleep state. But I started getting texts from my mom and sisters saying that, if I knew what was good for us, I would wake up the kids and take them to the basement to be safe.

Now, I love my mom and sisters — and my kids, too — but I have to admit that my immediate reaction was, “Seriously, there is NO WAY IN HELL I am waking up those kids.” I am more afraid of waking children, I thought, than a possible tornado.

They sent pics of themselves sheltering in place. I sent them back a pic of my feet on the couch.

“Why aren’t you in your basement??” my sister texted me.

“I want to be the tallest one in Munchkinland,” I sent, with an unspoken eyeroll.

About five minutes later, however, my phone blew up with that “the world is ending” blast sound and an official tornado warning, proclaiming, “Seek shelter immediately.”

Sigh. OK, I guess it’s officially time to get off the couch and do what you’re never supposed to do: Wake A Sleeping Kid.

One kid was nearly impossible to wake up; she tried to convince me her bed was the basement. (“Look, I’m in the basement already.”) Another looked up at me, bleary eyed, to ask if I was the tooth fairy. (Answer: No. Tooth fairies don’t come in tornadoes or their wings will get ripped off.) Another one snapped to attention immediately, yelled “PARTY IN THE BASEMENT!” and scampered down the stairs. Another one slept so soundly my husband carried her downstairs, where she proceeded to sleep through the entire thing.

We were only in our basement about three minutes when I realized that there were only five kids there. I was missing one — the one who normally is always in the basement, playing the XBox, had inconveniently enough gone upstairs to bed. I went up to get him and brought him to safety — along with a giant bag of pretzels. The family was happy to see both the boy and the bag.

The next hour was spent with me maniacally reading picture books to three little girls while simultaneously texting with other basement-bound friends and relatives — we were all equally clueless. “You think I should be in my basement?” “How long should we stay in the basement?” “Hello, I have no bathroom in my basement!”

There was no “all clear” given, but after about an hour and 15 minutes, I decided we should go to bed. As we trudged upstairs, I realized I had learned a lot during our time together in the basement. I learned that even in the worst storm, our xBox will still work. (Um… yay?) I learned from the 5-year-old that it is impossible to teach yourself how to juggle by throwing two balls in the air simultaneously over and over again (especially at 10 p.m., otherwise known as “way past bedtime”). I learned my family can apparently consume an entire party-size bag of pretzels in under an hour.

But the best lesson came with the morning, when everyone woke up at the same time they always do: with the dawn.

“Last night was AWESOME,” my 7-year-old told me. “That was EVEN MORE FUN THAN MAKING SMORES!” And she meant it. Which made me stop to think about how I often put a ton of effort into things and maybe this all said I really didn’t have to do that.

After all, there was no carnival or parade or Disney character in the basement. All it was was an unexpected dose of togetherness, in an unexpected place at an unexpected time. And for kids, that in and of itself is enough to be amazing.

I was sad I’d forgotten that, but glad to have gotten the reminder. So, thanks, tornado, for passing us by — but thanks for scaring us just enough to bring us together. And I hear you may be coming back tonight. See you later.