Why I’m Always Worrying About My Black & Jewish Son 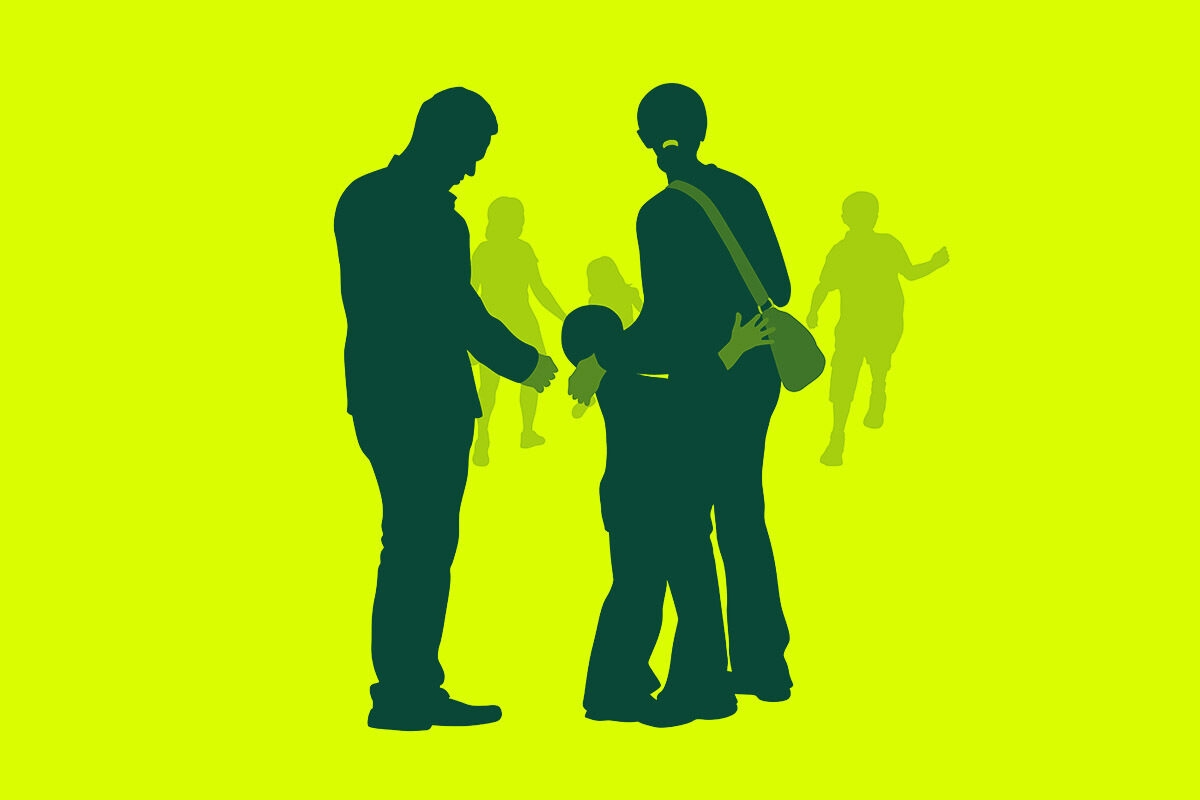 This piece was originally published in June 2016. Though most schools are closed at the moment due to coronavirus, we thought it important to share this in light of recent events.

A fellow parent was telling me about how terrified she was of school shootings, and how she thought about the possibility of one happening whenever she sent her kids off to school in the morning.

“Don’t you worry about it?” she asked me.

Nope. Never. The possibility never crosses my mind. I know the odds of my children being involved in a school shooting are less than them being struck by lightning or dying in a water-related tragedy (which I am insanely vigilant about — ask my son what happened the one time he got out of the ocean without telling me first), or, even more statistically likely, a car accident.

But do I worry about my biracial sons getting shot by a cop?

My middle child is currently 12 years old (though tall for his age) and, up until the recent East Coast heat wave, prone to wearing hoodies. (OK, so his was pink and had a shark on the front, but those kinds of nuances are easily missed — or ignored — in the early morning or dusky afternoon commute). He is also an extremely linear thinker. When he was 4, no one could talk him out of the conviction that “the number after infinity is zero, because after infinity is nothing.”

When he was 5, he refused application of the word “Jewish” because, “When people say ‘-ish’ they mean not really something, but we’re really Jews.” And his current bugaboo is that the government’s No Fly List is a violation of the 14th Amendment regarding citizenship rights and equal protection under the law. (For those who are curious, my 16-year-old counters that it doesn’t apply, since the discriminating is being done by the federal, not the state, government. Though both agree that the lack of due process is problematic. Perhaps actual Constitutional scholars might want to chime in here? I’ve mostly stayed out of it.)

Did I mention that my 6th grader carries around a pocket copy of the Constitution with him at all times? And that he likes to read me examples of police breaking the law? And that he has — jokingly, I hope! — told me he intends to, if catching one in the act, enlighten him/her as to the error of their ways?

I can’t tell you how thrilling I find this.

But not as thrilling as I found the fact that my son’s class went to Gettysburg on a field trip. And my son returned home with a pretty darn authentic replica of a gun.

“That thing is never,” I stressed, “leaving this house. Are we clear?”

“But it only shoots caps!”

“Anybody can see it’s not real! It still has its orange tip!”

“And you still have a brown face.”

It wasn’t until I was casually chatting with one of the parents who’d chaperoned the Gettysburg field trip that I learned there was a second half to the story. Apparently, after the kids had bought their pistols (with the orange tips, so what’s the problem?), they commenced upon a very enthusiastic Civil War battle reenactment. Shockingly for a group of 6th graders, it got loud. Very loud. Too loud. The police were called.

A dream come true for me!

Nothing happened. In fact, my son swears he didn’t even know about it, as he was on a different area of the grounds when the police pulled up and were quickly reassured by his teachers that everything was under control.

But I know something could have happened.

Here’s why: I adore the school my son goes to. It’s academically rigorous to the point where an NYU professor acquaintance of mine called their intense curriculum “perverse.” He is taught an unbelievable amount of facts across disciplines. But he is also taught to think for himself. And he is taught to question. And he is taught to challenge. Just like all the other kids.

But he is not like all the other kids.

My husband has taught our sons how to appear unthreatening. Keep your voice down. Never run. And if a cop tells you to do something, you do it. You don’t ask questions. You don’t debate the legitimacy of their command. You do not, under any circumstances, reach into your pocket for your copy of the Constitution.

I’m not a fan of the lockdown drills at my daughter’s Jewish school. Mostly because I don’t believe they’ll be effective in a real crisis situation, and because I think the damage they do—my daughter tells me that some kids who are afraid of the dark were crying through the last one—does not outweigh the very questionable benefits. But I hardly give them any thought.

But my sons (and my husband, too) walking the streets of NYC and having their running for a bus or waving a shiny silver soda can that can look like something completely different if the sun strikes it just the right way?

Every time they head out the door…

My Jewishness Is Not Defined by My Faith in God, But This Instead