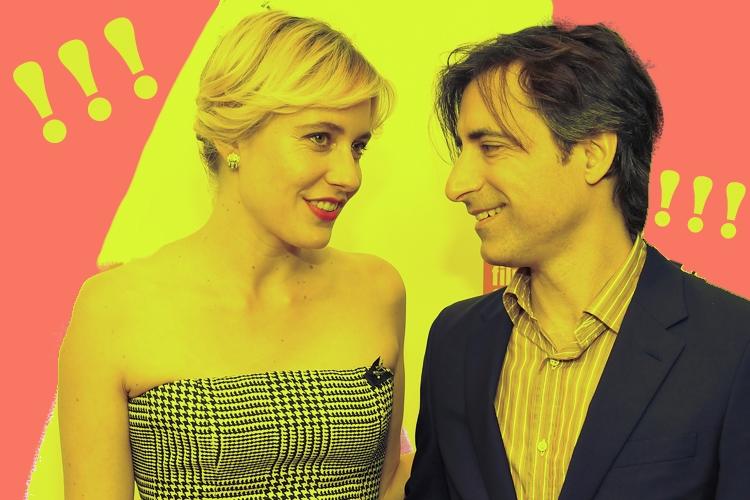 We’re freaking out!!! Greta Gerwig, the 35-year-old magical, long-limbed fairy of an actress and the brilliant filmmaker behind Lady Bird, just had a baby with her boyfriend, 49-year-old filmmaker Noah Baumbach.

We came to know about this surprise when paparazzi caught a picture of the couple walking through New York with a stroller covered by a muslin blanket. This caused some observers to deduce that there was a baby in said stroller, and the baby was probably the progeny of the talented couple, and not, say, a film prop. A rep for the couple confirmed that this was, indeed, true.

Baumbach, whose father is Jewish, has a son, Rohmer Emmanuel, from his previous marriage with Jewish actress Jennifer Jason Leigh. This is Gerwig’s first child.

The couple met when Gerwig was cast in Baumbach 2010 feature Greenberg, and Gerwig has gone on to star and co-write two other Baumbach films, Frances Ha and Mistress America.

Gerwig’s directorial debut, Lady Bird, explores the relationship between a mother and her daughter with incisiveness and sensitivity. Gerwig forgot to thank Baumbach when the movie won a Golden Globe, because she forgot her speech.

While we’re surprised and excited about this new baby, it’s “on brand” that Gerwig and Baumbach kept the pregnancy and birth a secret — the couple is pretty secretive about their relationship, and the two generally stay off social media.

Now that the cat’s out of the bag, however, we wish a hearty “mazel tov” to the couple.