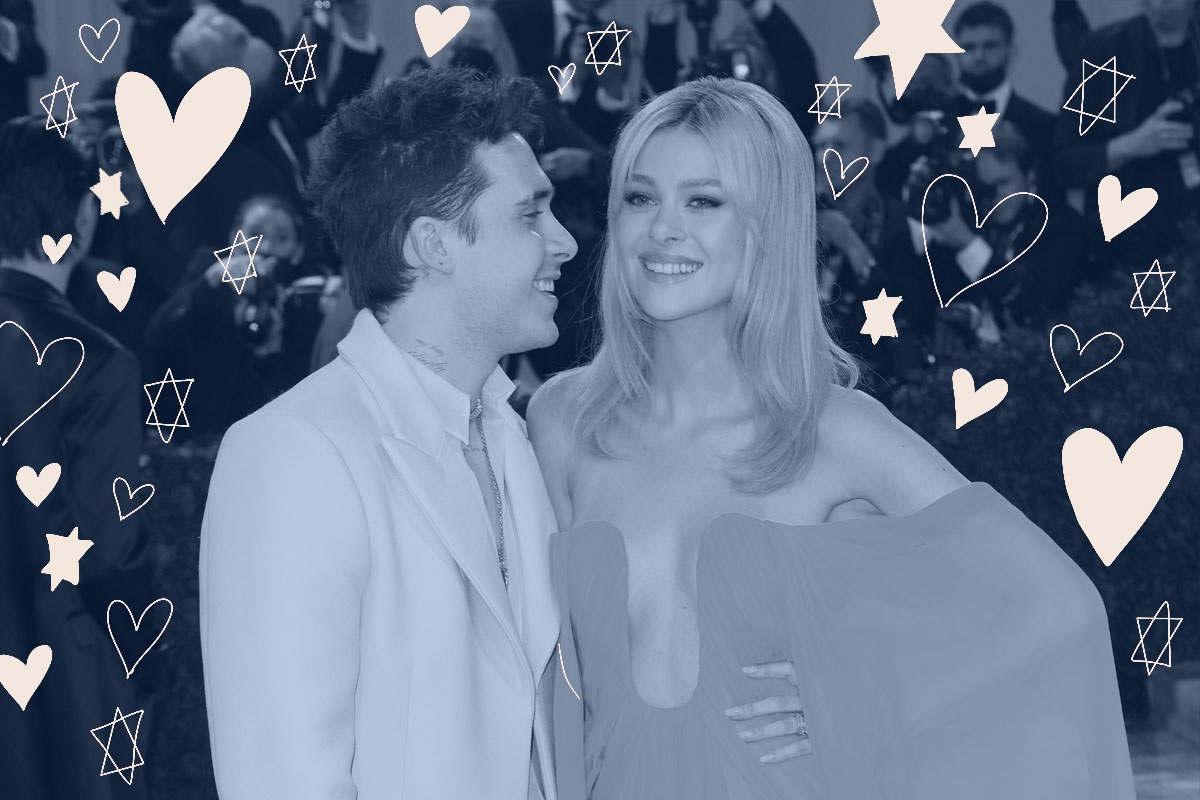 When Brooklyn Beckham, the 23-year-old son of soccer star David Beckham and former Spice Girl Victoria Beckham, and his fiancé, 27-year-old actress Nicola Peltz, tied the knot in April, the biggest question on our minds was: How Jewish will this wedding be?

Nicola, the daughter of Jewish businessman Nelson Peltz, was raised in a Jewish household. While it’s unclear how Brooklyn was raised, his famous father strongly identifies as “half-Jewish” through his Jewish maternal grandfather. (He also grew up eating matzah ball soup every Saturday!)

Thanks to the June edition of British Vogue, on newsstands today, we know now the answer is: very Jewish.

Photographs of the lavish ceremony reveal that, in addition to his Dior wedding suit, Brooklyn also wore a monogrammed black kippah during the ceremony — as did his father, David. Additionally, the bridge and groom were married under a white flowery structure that appears to be a chuppah, and the ceremony was officiated by a rabbi. (Though according to British Vogue, the rabbi “accidentally referred to Brooklyn by his father’s name — twice.”)

As for the party, the celebrations included a raucous-looking hora in which both David and Brooklyn were raised on chairs.

Scroll through the Instagram carousel below to see the Jewish dancing:

Also on display was another very Jewy element: a star of David tattoo on Brooklyn’s left hand. It’s visible in this video if you watch closely: