10 Facts About Judith Resnik, the First Jewish Woman in Space 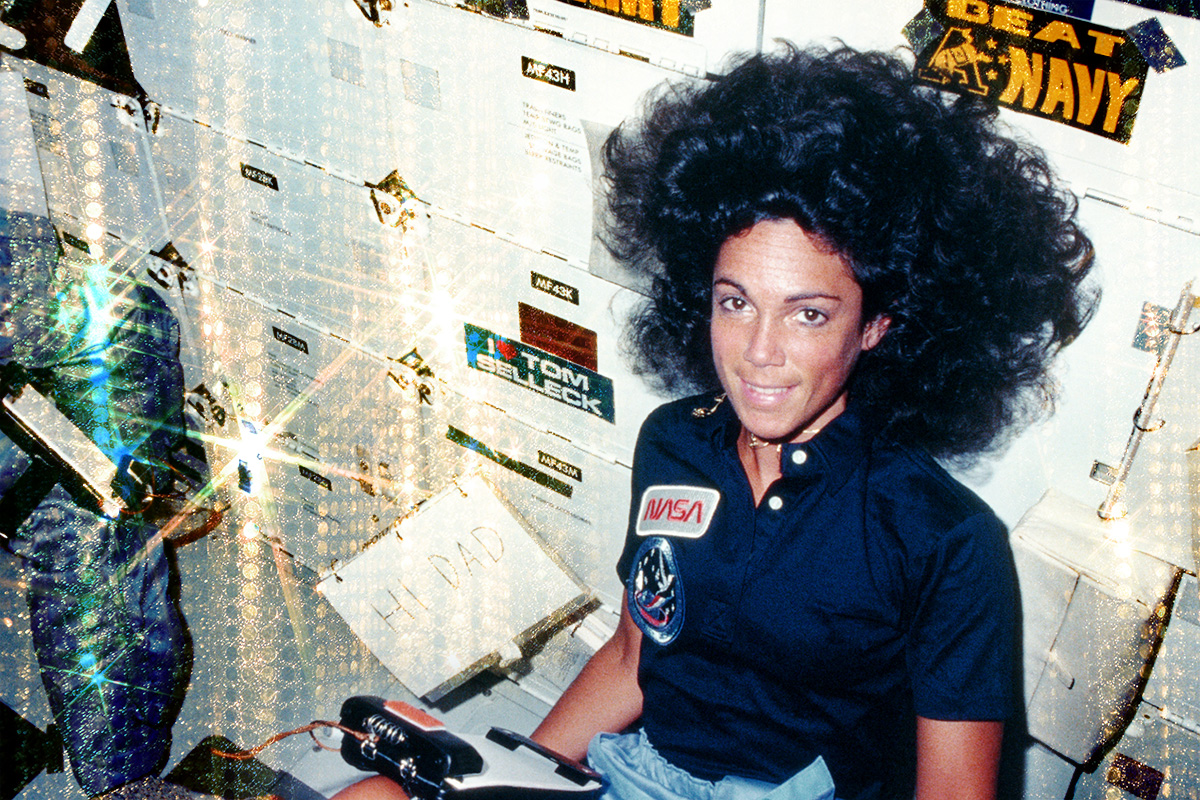 Today marks the 35th anniversary of the explosion of the Challenger. The Space Shuttle Challenger (OV-099) exploded on January 28, 1986, a mere 73 seconds into its flight. It was a harrowing moment of anticipation and excitement that quickly turned to horror. The deadly accident marked an entire generation, especially as kids across the country tuned in to watch the launch of the first teacher in space, Christa McAuliffe.

The fatal explosion took the life of all seven crew members. Among them was Judith Resnik, the first Jewish woman to make it to space. She was just 36 years old.

Despite the fact that her inspiring life was cut short, Resnik managed to accomplish so much in those 36 years. She is truly an incredible Jewish role model and one who should be remembered. Here are 10 things to know about this amazing Jewish pioneer:

1. Judith Resnik was born in Akron, Ohio on April 5, 1949. Both her parents were Jewish immigrants from Ukraine — her father immigrated to Israel before arriving here and making his life in America.

2. Judaism was a big part of her life growing up. Her parents were both observant Jews and sent her to Hebrew school. Resnik had a bat mitzvah.

3. Resnik was very close to her father, Marvin Resnik. The optometrist was a WWII veteran who spoke eight languages. When her parents divorced when Resnik was a teen, she petitioned the courts to live with her father. On her first space mission, Resnik held up a sign that said “hi dad” for her father to see.

4. Resnik excelled at school from early on. She graduated from high school at age 17 — she was both valedictorian and homecoming queen. She got a perfect SAT score — one of only 16 women in the entire country to achieve such a feat, which helped earn her admission into Carnegie Mellon, where she studied electrical engineering. She later got a Ph.D. with honors in electrical engineering from the University of Maryland in 1977.

Jeffery Barker, her former colleague, described her as “competent, quick and talented. . . . Everyone knew that she was destined for stardom, in a sense, because she was so good when she was here working on her thesis.”

5. Resnik was recruited to join NASA in 1978 — the same year Sally Ride joined the organization. Five years later, Ride became the first American woman to make it to space — Resnik as apparently the other contender and was disappointed she didn’t make history as the first woman in space. (Ride has recently become a viral sensation in a song by Jewish comedian Marcia Belsky that recounted NASA attempting to send the astronaut to space with 100 tampons tied in a string — and yes, this is 100% true.)

6. Resnik finally made it to space a year later, in 1984, on the Space Shuttle Discovery as a mission specialist. She operated the shuttle’s robotic arm, which she helped create. She became the first Jewish American person, the second Jewish person, and the fourth woman to ever fly on a successful space mission. “The earth looks great,” she radioed back from her mission in a live-broadcast with President Reagan.

7. While Resnik did make history as a woman and as a Jew, she never liked being pigeonholed. She told her father that she wanted to be remembered as  “just another astronaut, period.”

8. Resnik’s body was the first one recovered after the explosion. When she died, Resnik was carrying a ring for her nephew and a heart-shaped locket from her niece. A memorial service at Temple Israel in Akron drew some 1,000 people, including Ride.

9. Resnik got a lot of posthumous honors. She had a crater on the moon named after her. In 2004, she and the rest of the Challenger crew were honored with a Congressional Space Medal Of Honor. Resnik also has several schools named after her.

10. You can learn more about Resnik’s final mission in the Netflix limited series Challenger: The Final Flight, though we’d love to see this amazing Jewish pioneer eternalized in more art and books.