These 9 Jewish Women Have Public Schools Named After Them 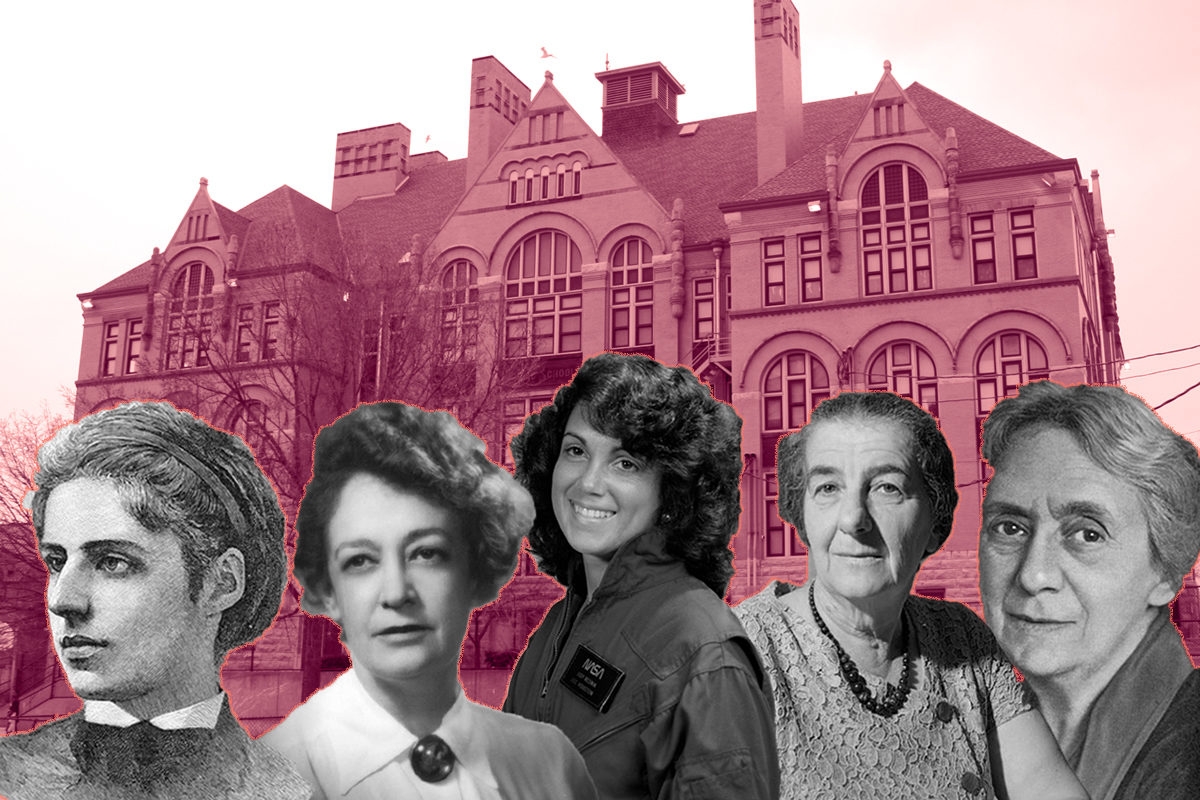 Public schools have a long tradition of being named after random historical figures. (Shout out to Horace Greeley, the name of my alma mater, known for being the editor of the New York Tribune and a failed presidential candidate in 1872. Respect!)

In recent years, debates have flared in the U.S. over public schools named for Confederate generals. In August, the NAACP sued a Virginia school district over Confederate names and mascots, writing in a lawsuit, “Forcing African American students to attend a school rife with Confederate imagery and veneration creates a school environment that denies students of color an equal opportunity to an education and violates their right to Equal Protection under the Fourteenth Amendment.” There are schools in the South, like Storm Thurmond High School, named for famous segregationists. All terrible. These schools should change their name; even actress Julianne Moore agrees!

Anyway, why are we talking about public school names? Well, prompted by a Kveller reader’s email to us, we decided to investigate as to whether there are any public schools in the U.S. named after famous Jewish women. Turns out there are! Are you listening, schools with racist names? Read on to learn about nine incredible Jewish women who have schools named after them. Did we miss one, or many? Drop us a line and let us know! 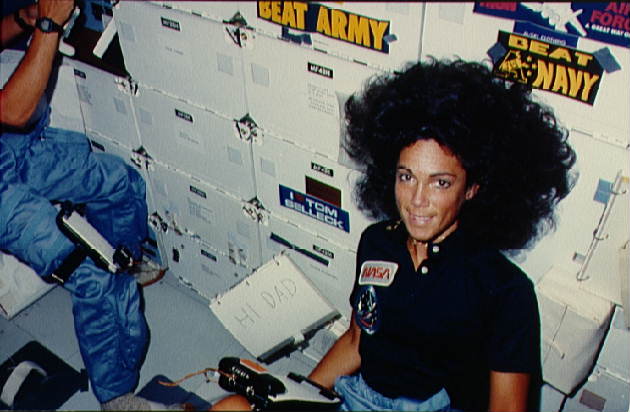 View of Mission Specialist Judith Resnik sitting on the floor of the middeck of Discovery, September 1984 (NASA via Wikimedia)

An elementary school in Gaithersburg, Maryland, and another one in Akron, Ohio, are named for Jewish astronaut Judith Resnik.

Resnik was born in Akron, and received her Ph.D. from the University of Maryland, which is perhaps why these two locations have elementary schools with her name. Resnik’s parents were Jewish immigrants from Ukraine and she grew up in an observant Jewish home. 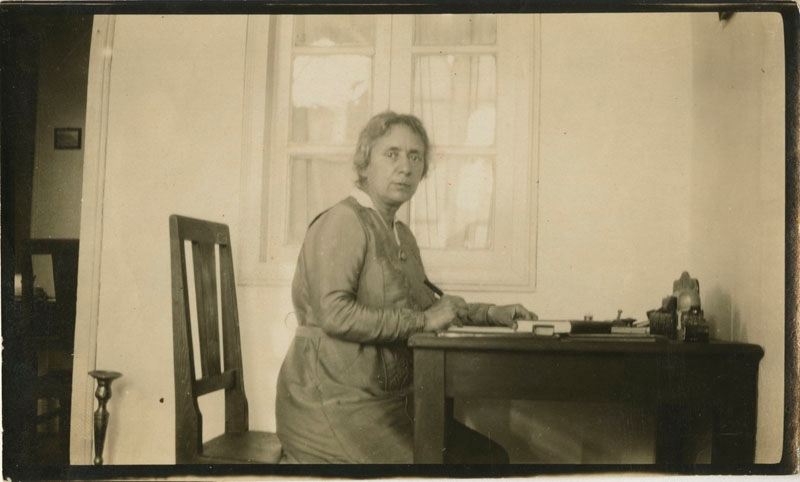 Henrietta Szold was the founder of Hadassah, the Women’s Zionist Organization of America, and a prominent Zionist leader. Hadassah helped fund hospitals, health care facilities, soup kitchens, and other services for the yishuv (Jewish community) in Mandatory Palestine (pre-State Israel). Szold was born in Maryland and died in 1945 in Mandatory Palestine. 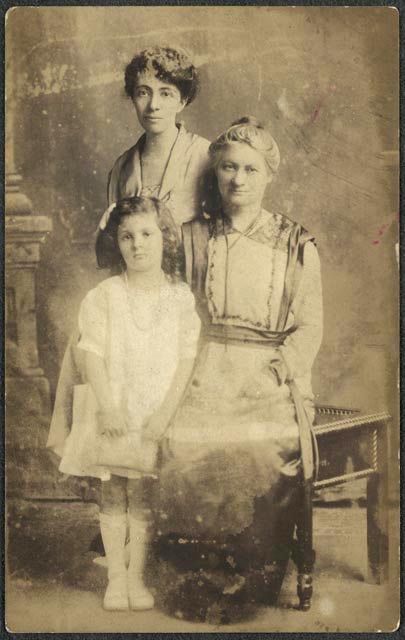 Hannah G. Solomon with her daughter and granddaughter in Colorado Springs, Colorado, 1918. (Library of Congress via Wikimedia)

Another elementary school! This one is located on Chicago’s North Side. Hannah Solomon was a Jewish woman (obviously), a social reformer, and the founder of the National Council of Jewish Women. She was born in 1858 in Chicago, and died at age 84, also in Chicago. Solomon helped found Chicago’s first Reform synagogue, and worked on fostering interfaith relationships.

“We must add our voices to those who cry out that there is a standard below which we will not allow human beings to live, and that that standard is not at the freezing nor starving point,” Solomon said. “In a democracy all are responsible.” 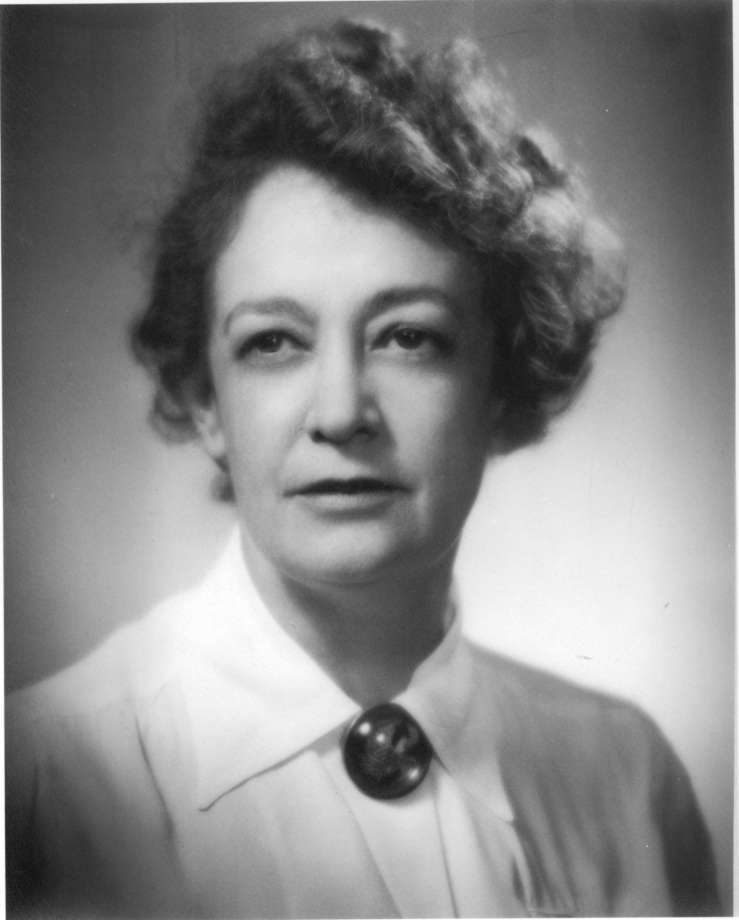 Dr. Ray K. Daily does not have a Wikipedia page, but she does have a school named after her! Ray K. Daily is an elementary school in Houston, named for (you guessed it) Ray K. Daily. Daily was born in Vilna, Lithuania, and immigrated to Texas, where she became the first Jewish woman to graduate from a Texas medical school. Read this profile of her, it’s amazing.

According to the Houston Chronicle, “She overcame prejudice against women and Jews in medicine, politics and education.” Hell yeah! More fun facts? Dr. Ray, as she was known, was also the first woman president of the medical staff at Houston’s Memorial Hospital. But that’s not all: She fought the Ku Klux Klan. And she served on the Houston School Board for 24 years. 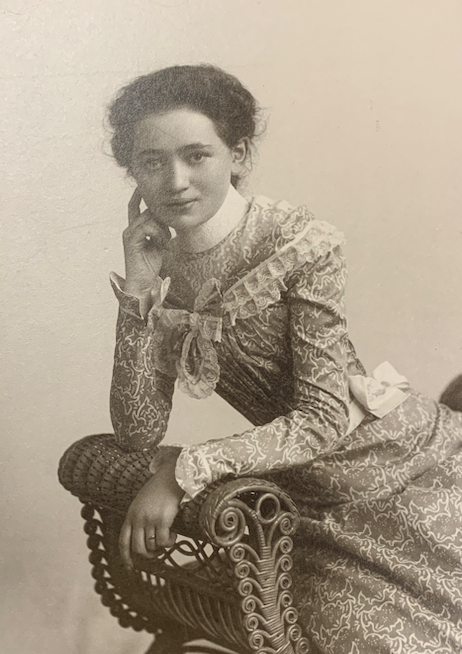 Annie Fisher was Hartford’s first female principal. As such, she has an elementary school named for her: the Annie Fisher STEM Magnet School in Hartford, Connecticut.

Fisher, born in Russia in 1882, fled to the U.S. with her family. She attended Wesleyan University, and then returned to Hartford to teach. As the Jewish Historial Society of Greater Hartford notes, “Fisher became Hartford’s first female district superintendent and first female principal, but sometimes had to suffer the prejudices of colleagues who didn’t want to accept a female or a Jew in these positions.” Nevertheless, she persisted. 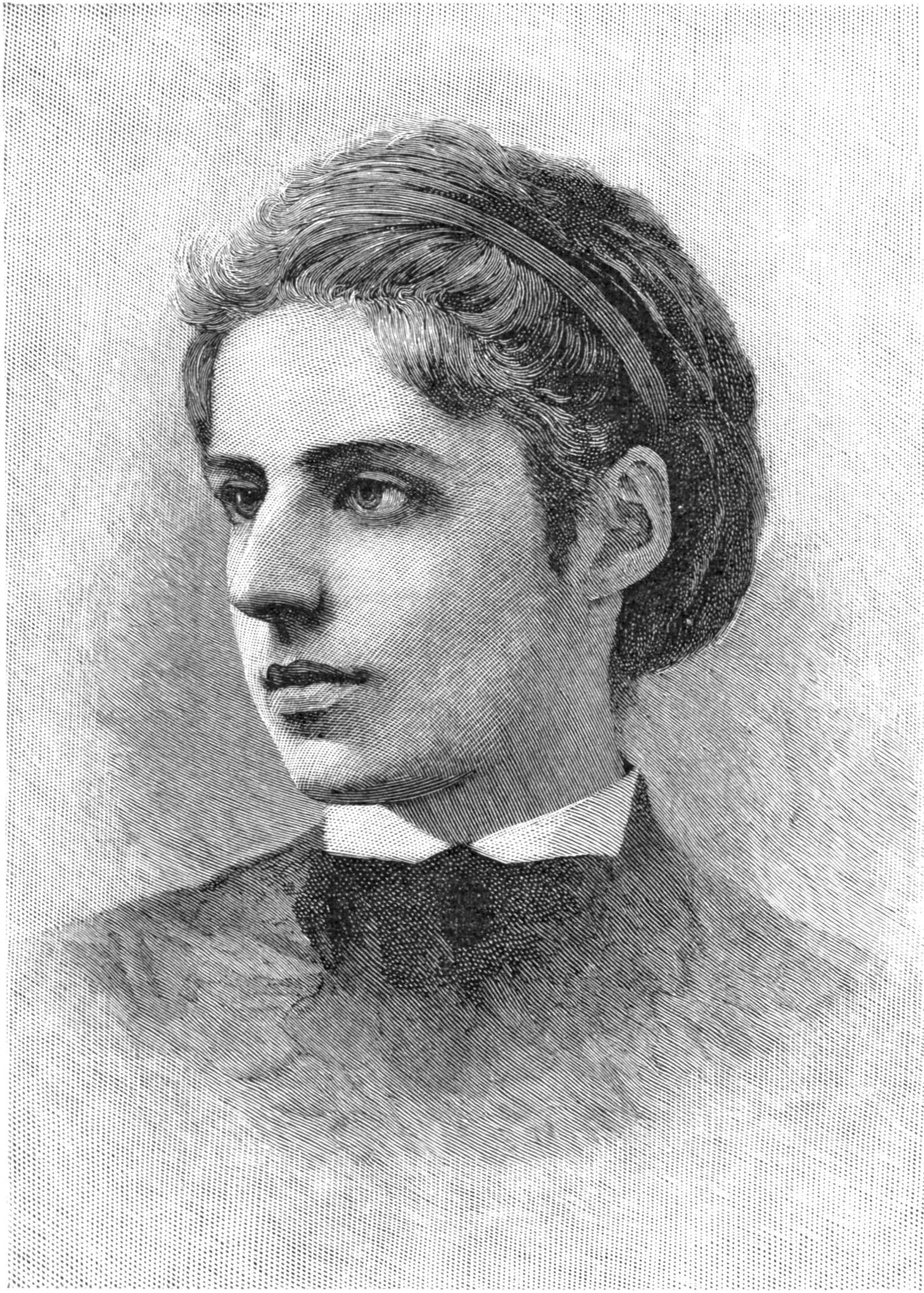 “Give me your tired, your poor,
Your huddled masses yearning to breathe free,
The wretched refuse of your teeming shore.
Send these, the homeless, tempest-tost to me,
I lift my lamp beside the golden door!”

In 1883, Jewish woman Emma Lazarus wrote “The New Colossus,” the poem at the base of the Statue of Liberty. It has become a calling card for immigrants everywhere, and how everyone — Jews such as herself included — could find a place in America. It is only natural that there is a school in Emma Lazarus’s hometown, New York City, named after her.  Fittingly, it’s a high school for English-language learners who are new the U.S.

Lazarus was born in NYC into a large Sephardic Jewish family in 1849, and died at the age of 38, most likely from Hodgkin’s lymphoma. 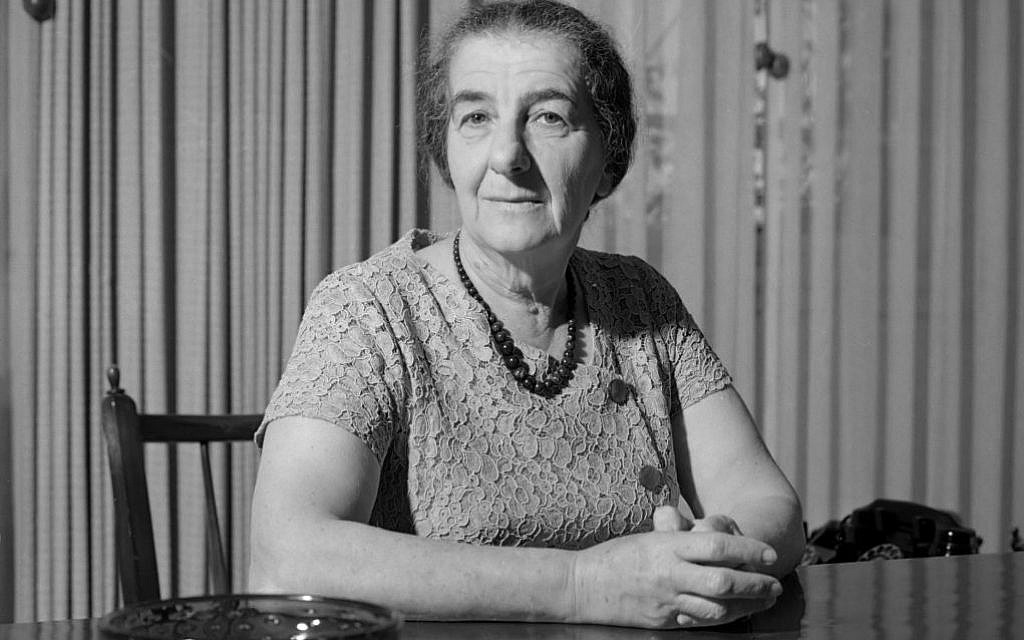 Golda was born in Kiev, Ukraine in 1898; her family moved to Milwaukee, Wisconsin, when she was 8 years old. In Milwaukee, Golda attended the Fourth Street Grade School from 1906 to 1912. Guess what that school is now called? The Golda Meir School! (It was renamed in 1979.) The school is for “gifted and talented students” in the Milwaukee public school system, and offers classes for grades three through 12. In 1990, it was designated a National Historic Landmark for its history with Meir.

Meir was the fourth Prime Minister of Israel; she was the first (and as yet, only) female head of state in Israel. 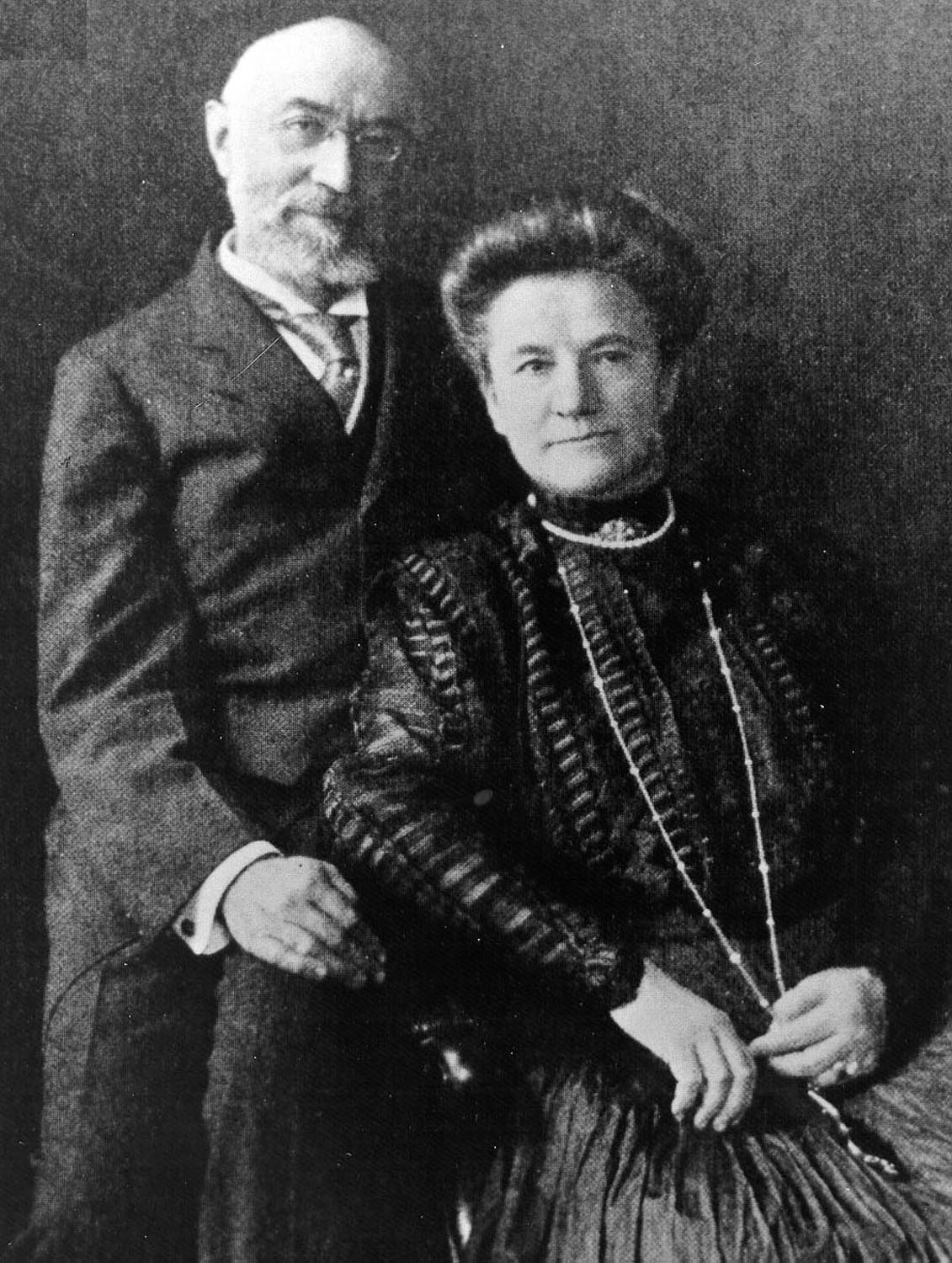 Isidor Straus was the co-owner of Macy’s department store; Ida Straus was his wife. The couple died on board the Titanic —  Isidor urged his wife to board a lifeboat, but she refused, saying, “We have lived together for many years. Where you go, I go.”

Fun facts: They are the elderly couple depicted in the James Cameron movie about the disaster. She’s also pop star King Princess‘s great-great-grandmother, a fact that is noted on her Wikipedia page.

And, she’s on our list because (drumroll please!)… New York City’s P.S. 198 is the Isidor & Ida Straus School.

Last but not least: Yes, Anne Frank elementary schools exist in America (there are at least two — one in Philadelphia and one in Dallas). We don’t know how to feel about this. It’s probably a net positive that people are remembering and honoring the young diarist, but it’s a little weird to see a Twitter account with her famous face as the profile picture tweeting about bus delays.

Frank died at age 15 in Bergen-Belsen and never visited the U.S. However, The Diary of Anne Frank is a staple of American public school education.