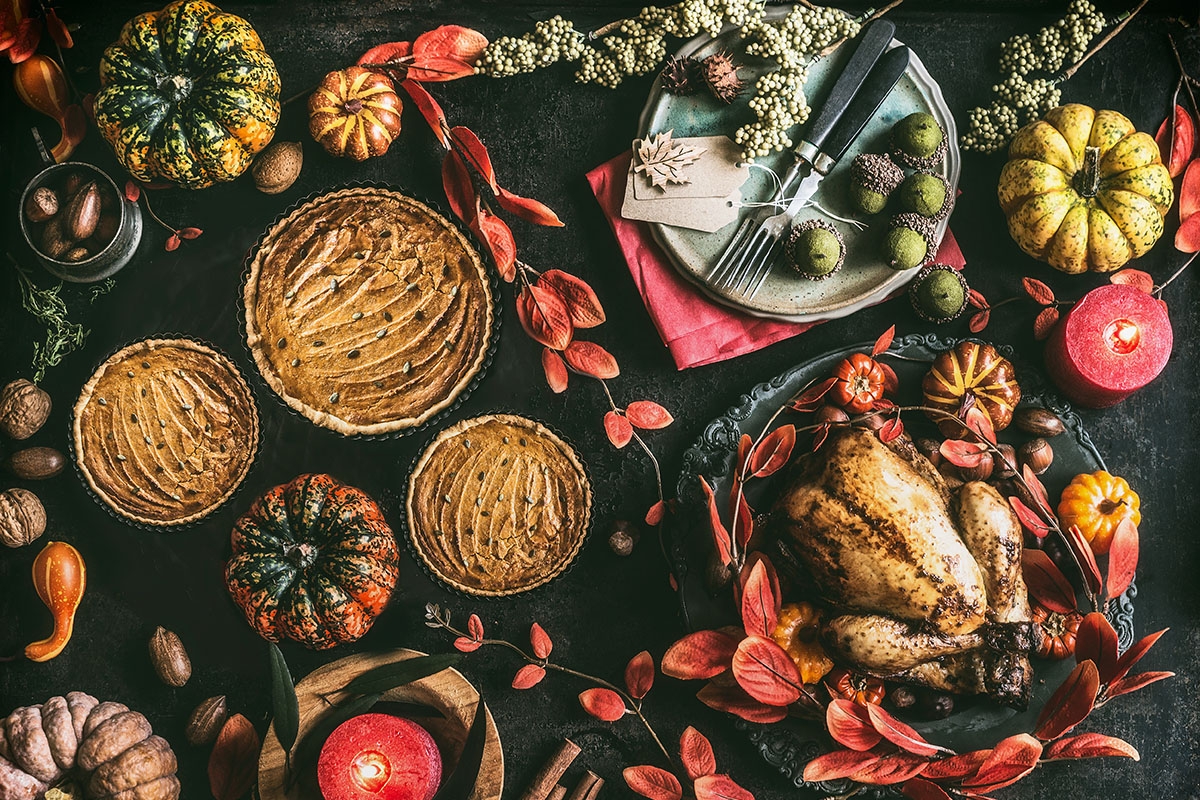 As the fall marches on, we have much to be grateful for this Thanksgiving season. Kids 5-11 are getting vaccinated, many of us are finally able to celebrate with friends and family again, and we get a food-centered secular holiday right before a food-centered Jewish holiday (if you didn’t already know, we’re basically getting another Thanksgivukkah this year). What’s not to love?

The story of Thanksgiving has traditionally been celebrated as a happy one. Some of the first European settlers arrived in Plymouth, Massachusetts in 1621, ill and unequipped to handle the new terrain. This holiday celebrates the generosity of the Wampanoag tribe, who formed an alliance with the colonists and taught them how to farm, ultimately sharing a harvest meal in November of 1621. Later, during the American Civil War, President Lincoln made Thanksgiving a national holiday.

Of course, American history books have long sugar-coated this story of exchange. In reality, this holiday masks a long and bloody conflict between the settlers and Native Americans in the 17th to the 19th centuries which led to the death of tens of thousands of Indigenous Americans. Native Americans continue to be displaced to this day from the effects of this initial colonization, and Indigenous wisdom about caring for the land has been pushed to the wayside.

During Thanksgiving and year-round, descendants of settlers and immigrants to the U.S. can honor Native Americans in many ways, first and foremost by realizing that many of us would not be here without the knowledge and care of these first Americans. For those welcoming a child during this time, one way to celebrate this season is to choose a baby name that honors the spirit of giving and gratitude.

1. Abraham — Abraham Lincoln made Thanksgiving a national holiday in 1863, the same year he issued the Emancipation Proclamation. Of course, the name goes back further than that: In the bible, Abraham was the first patriarch.

2. Adam — Adam means “earth” in Hebrew — and in the Bible, was the first man to walk on it. The English colonists were lucky to learn from the Wampanoag how to plant crops and take care of American soil. Today, this passage of knowledge continues as many climate change movements have been led by Native Americans.

3. Ezra — Ezra, also a biblical name, means “help” in Hebrew. English colonists (and pretty much anyone descended from immigrants) would not have the same life in the U.S. without the historical generosity of the Wampanoag. Many use this time to pay things forward, helping out those less fortunate, making Ezra a relevant name for babies born during this time.

4. Mendel — This is a Yiddish name that translates to “he who comforts.” Today, Thanksgiving can be a very comforting occasion for those of us who haven’t seen family and friends for a while (not to mention the cranberry sauce fans among us).

5. Omri — This name means “sheaf of grain” in Hebrew, one of the crops that settlers learned how to harvest from Native Americans.

6. Raviv — Raviv means “rain” in Hebrew. Without rain, we would not have any of the lovely fall delicacies that are harvested in autumn for our Thanksgiving feasts.

7. Yitro — Yitro means “abundance” in Hebrew. In the bible, Yitro was the father-in-law of Moses. This name reminds us of our abundance of gratitude — not to mention the abundance of food many of us tend to serve on Thanksgiving.

8. Doron — Meaning “gift” in Hebrew, Doron reminds us of all of life’s gifts we have to be grateful for, from time with our families to plates full of stuffing.

9. Osher — Osher means “happiness” in Hebrew, a feeling many of us share during this holiday season.

10. Stav — Meaning “autumn” in Hebrew, this name honors the season during which Thanksgiving occurs.

11. Allegra — A lovely Ladino name, Allegra means “happiness.” And what feeling does a dining table full of multiple pies elicit if not happiness?

12. Bina — Bina means “wisdom” in Hebrew, commemorating the wisdom of Native Americans that settlers and immigrants have benefited from for generations.

13. Meira — Meira means “one who illuminates” in Hebrew. Again, this name honors the Wampanoag who illuminated to colonists how to grow crops and take care of American land.

14. Sarah —  Sarah was one of the biblical matriarch, but we’re including it on this list to honor Sarah Josepha Hale, a women’s education advocate, magazine editor and author of “Mary Had a Little Lamb.” Hale launched a campaign in 1827 to make Thanksgiving a national holiday. She is known to many as the “Mother of Thanksgiving.”

15. Zelda — Zelda is another name that means “happiness,” this time in Yiddish.

Happy Thanksgiving to all!