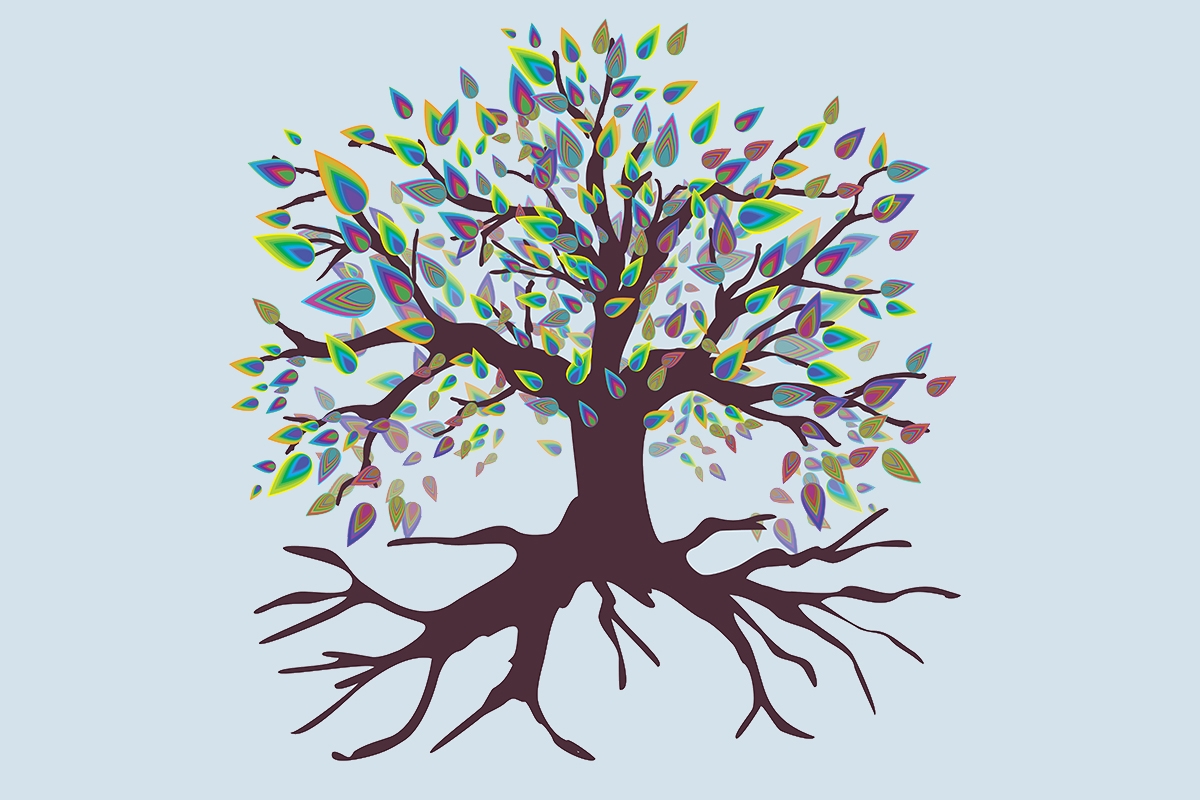 I don’t know about you, but never have I enjoyed and appreciated the great outdoors more than I have this year — which is why I’m very excited for Tu Bishvat! This holiday, which begins this year on Wednesday evening, January 27, is colloquially known as the New Year of the Trees.

Of all the Jewish holidays, Tu Bishvat — a non-religious festival that celebrates nature and, specifically, trees — is by far the most pandemic friendly: tree planting, conservation projects, and eating fruit are just a few fun and social distant ways to observe this OG Earth Day.

Unlike most Jewish holidays, there is no prayer requirement, nor are there any expectations for cooking, cleaning, or hosting — and, therefore, no need to cancel or Zoom anything. (And no added guilt, too!)

So if you have ever needed a creative excuse to get the kids to eat more fruit, it’s time to get ready for this fun holiday. Here are six facts about Tu Bishvat that are sure to stump you!

1. The holiday’s name, Tu Bishvat, has nothing to do with trees.

Yup, Tu Bishvat is simply the name of the date on which it falls on the Hebrew calendar; it’s translated as the “15th day of the Hebrew month of Shvat.” (Kinda like how everyone simply calls Independence Day the “4th of July.”) But here is my favorite part: we must do a little math to figure out the number 15. According to the practice of gematria — a Jewish numerology in which every Hebrew letter is assigned a numeric value —  the “Tu” here is composed of two Hebrew letters, tet ט (which has a numeric value of 9) and vav ו (with the numeric value of 6).  It took the help of my little one to solve, but: 9 + 6 = 15.

A common example of gematria is that of chai, the Hebrew word for “life.” In Hebrew, chai is spelled chet ח, which has a numeric value of 8, and yud  י, which is 10  — and that’s the reason 18 (and increments of 18) is such a sacred number in Judaism. Being the gematria fan that I am, I was super excited to turn 36 (double chai!) in 2020… although we all know how well that turned out!

2. Tu Bishvat is the designated birthday of the trees.

I have never been one to need an excuse for cake, but why do trees have a birthday? After all, isn’t age just a number? Well, not according to the third book of the Torah! In Leviticus 19:23-25, we learn that we must wait until the fifth year to eat fruit from a newly planted tree. For the first three years, the fruit is forbidden from consumption entirely. The Torah does not offer an explanation, although revered commentators such as 12-century Jewish scholar Rambam reasoned that, at that young age, trees are not yet fully developed, and therefore, its fruit was without “taste and sense.” In the fourth year, the fruit was harvested and given to the priests as edible gifts.

It was only until a tree turned five that the Jewish farmers were permitted to eat and sell their produce to the entire community. And so, in order to determine a tree’s age, Tu Bishvat was set to serve as the universal birthday of all trees, no matter when it was truly planted. “But what if the tree was planted the day before Tu Bishvat?” is always a favorite question among my clever students. Yes, even trees that were planted the day before would turn 1! However, Jewish farmers would respect the sacred mitzvah of observing the age of the tree, and therefore would not want to shorten the requirement.

3. Tu Bishvat is actually one of four new years on the Hebrew calendar.

Forget to make a New Year’s Resolution for 2021? Well, here’s another opportunity — and more are coming, too. We read in Mishnah Rosh Hashanah 1:1 that there are in fact four new years set on the Hebrew calendar. The first two,  Rosh Hashanah La’Melachim (1st of Nisan for kings and festivals) and Rosh Hashanah La’Behemot (on the 1st of Elul, for tithing animals) are no longer observed in modern times, although remain on the calendar as honorary reminders of our past. The third, Rosh Hashanah (1st of Tishrei for calendar years), is, of course, the most well known and celebrated, and the last is Tu Bishvat.

Why the need for four new years? My Ashkenazi uncle’s answer: Why not? All kidding aside, one of the ways Judaism creates holiness is through setting parameters of defined time and practice. Shabbat, the most important Jewish holiday that is joyously celebrated every week, illustrates this concept. According to the Torah, just as God rested on the seventh day after creating the world in six, we are commanded to act like God and take time and space to enjoy the gift of life. So sanctified is the day of the Sabbath, a ceremony called Havdalah (Separation) was created to ready the body and soul for a brand new week.

The same is true of the lunar calendar on which the Jewish year is based. There were sacred specifications set throughout the year for the purpose of law and order, not only to collect taxes and mark time but to provide meaning and significance. Our time on earth is cause for celebration and goodness, and the Jewish calendar gives us plenty of opportunities to do that!

4. Tu Bishvat is as resilient as the trees it celebrates.

Tu Bishvat is the perfect example of a holiday that has evolved and adjusted to fulfill the community’s needs. As mentioned above, Tu Bishvat began as simply a timekeeper for when a tree’s fruit were permitted to be eaten. So, just as the other new years of cattle tithes and kings have become merely historic dates commemorating an ancient time, it would seem reasonable for Tu Bishvat to share the same fate. And yet, Tu Bishvat has withstood the test of time, having been revitalized by various groups throughout its nearly 2,500-year history.

Rabbi Michael Strassfeld explains in his comprehensive guidebook, The Jewish Holidays, when the Jews were expelled from Israel following the destruction of the Second Temple, Tu Bishvat helped foster a bond to the land and was observed by eating fruits associated with the region. Following the devastating Spanish Inquisition, Sephardic Kabbalists (mystics originally from Spain) again invigorated Tu Bishvat: The 16th-century Kabbalist Rabbi Isaac Luria created a Tu Bishvat Seder (more details on this below). In more recent history, Zionists in the 1960s and 70s once again reenergized this festival, and emphasized the need to cultivate the land and plant forests to help combat the arid climate. Who knows, perhaps the pandemic will make it the most celebrated Jewish holiday to date!

5. Observance is easy, fun, and delicious!

Fruit tasting, gardening, resource conservation, recycling, and nature preservation are popular ways of observing this holiday, especially in Israel. A more traditional custom of Tu Bishvat that makes for a fun and meaningful afternoon is to hold a Tu Bishvat Seder. Trust me: This sounds more daunting than it actually is, especially as there’s no festive meal. Just like the Passover Seder, there are four glasses of wine (or grape juice), both red and white, that are slowly mixed together to contrast in color to represent each season. Sound fun yet? We also ask four questions, sing songs, and tell stories. My daughters’ favorite part of the seder is the eating of diverse fruits from three different categories: those with inedible rinds and peels (almonds, pomegranates), those with inedible pits or seeds (dates, olives) and those that are completely edible (figs, tomatoes). The seder is just as delicious with dried fruit; it’s an easy and less messy short cut!

6. The exact date of the trees’ birthday caused some serious drama!

What is a Jewish article without a difference of opinion? Around the first century CE, there were two famous schools of thought in Israel: The House of Shammai and The House of Hillel. We read in the Mishnah that Shammai and his followers argued that the birthday of the trees should be on the 1st day of Shvat (Alef Bishvat) and Hillel argued it should be the 15th (Tu Bishvat).  Guess who won?!

Just how was the date actually chosen? Well, according to Talmud, Rosh Hashanah 14a, most of the winter rain would have fallen by then, thus providing optimal farming conditions for fruit trees. That may be the more technical reason, but I’m convinced Hillel must have foretold that “Tu Bishvat” would give Jewish musicians far more rhyming words in which to delight us in song as opposed to the rather tongue-twister of “Alef Bishvat.”

May we all celebrate the blessing of nature and continue to explore its infinite beauty. Tu Bishvat sameach!

Join us on January 26 at 4:30 PM Eastern for a special Tu Bishvat craft workshop! Sign up here.

That Time My Jewish Grandma Befriended Cassius Clay in Miami