A Boxcar, Once Bound for Auschwitz, Arrives in New York – Kveller
Skip to Content Skip to Footer

A Boxcar, Once Bound for Auschwitz, Arrives in New York 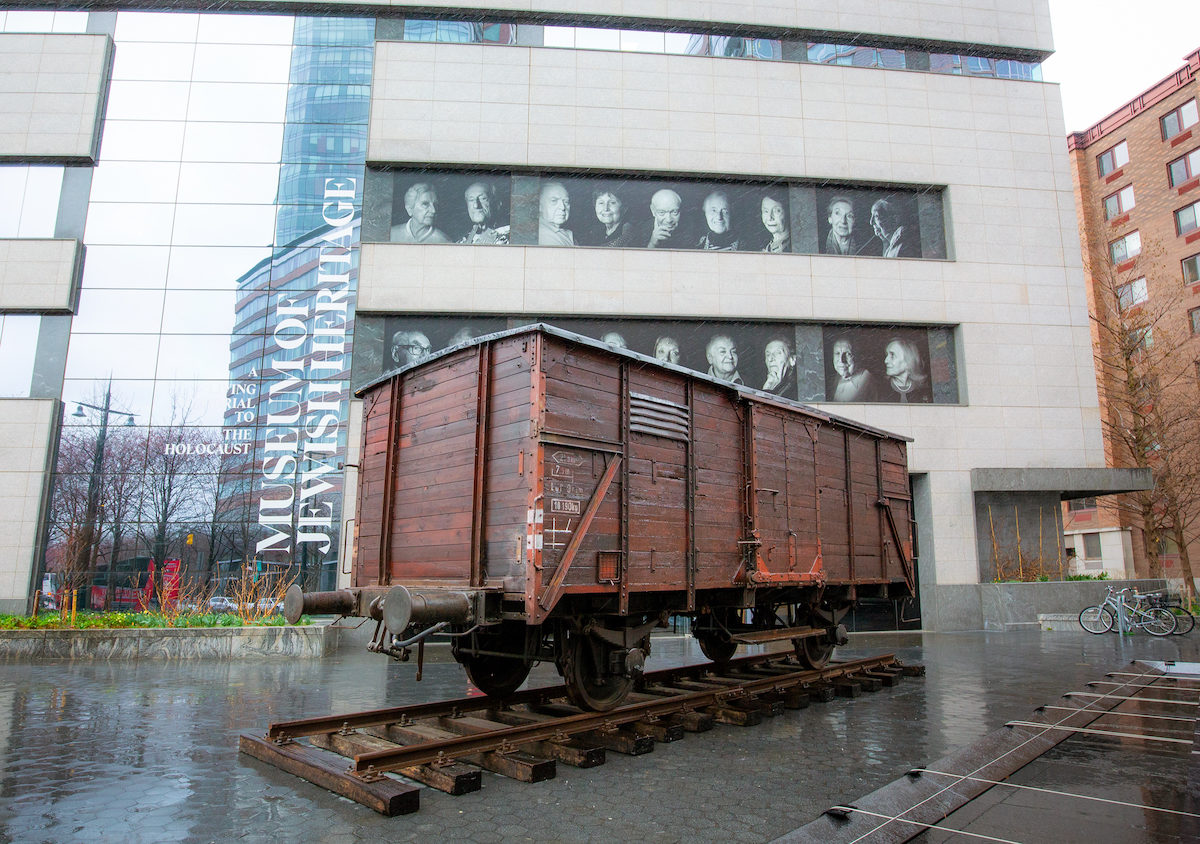 Sunday morning. While you were likely noshing on bagels or schlepping your kid to Hebrew school, a chilling artifact was delivered to Manhattan’s Museum of Jewish Heritage: a windowless boxcar that was used to transport Jews to Nazi death camps.

The vintage German train car is among 700 Holocaust artifacts that will be featured in the museum’s forthcoming exhibit, “Auschwitz. Not long ago. Not far away.”

The road to the worst massacre of the Jewish people began with the boarding of such a wagon — the boxcar on display is just one of many that traversed Europe during the Holocaust, tearing families apart and sending about one million Jews to their deaths in Auschwitz by gas chambers, starvation, and other brutalities.

The striking boxcar, which arrived by crane, is the centerpiece of the exhibit, according to the Associated Press. 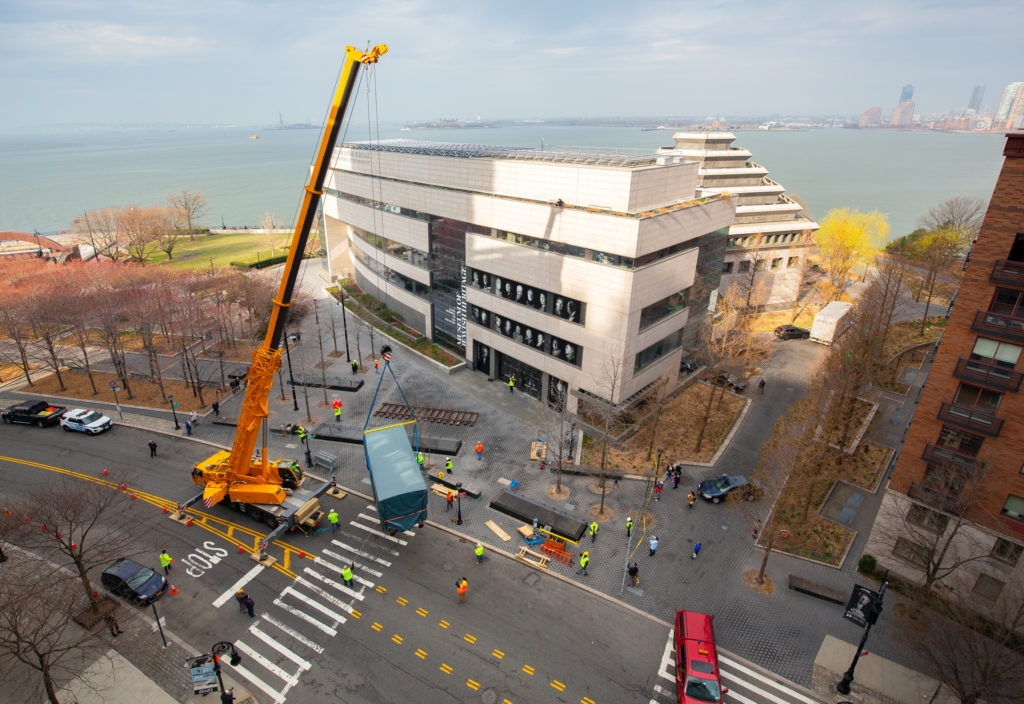 Curator Robert Jan van Pelt, a leading Auschwitz authority — whose family lived in Anne Frank‘s neighborhood in Amsterdam — provided his private collection of Holocaust artifacts for the exhibition, including the boxcar, which was restored by his team. “The dark, smelly car represents that moment of transition from the world of the living that people understood and trusted to the radically alien world of the camps were the doors opened and families separated forever,” Van Pelt said, according to the AP report. “The Nazis wanted to wipe out every last Jew in the world — this is where the last goodbyes were said.”

Holocaust survivor Ray Kaner was forced to ride such a train in 1944 with her sister. “There were 80 people squeezed into one wooden car, with no facilities, just a pail to urinate,” the 92-year-old said as she watched workers in yellow vests lower the boxcar outside the museum. “You couldn’t lie down, so you had to sleep sitting, and it smelled.” 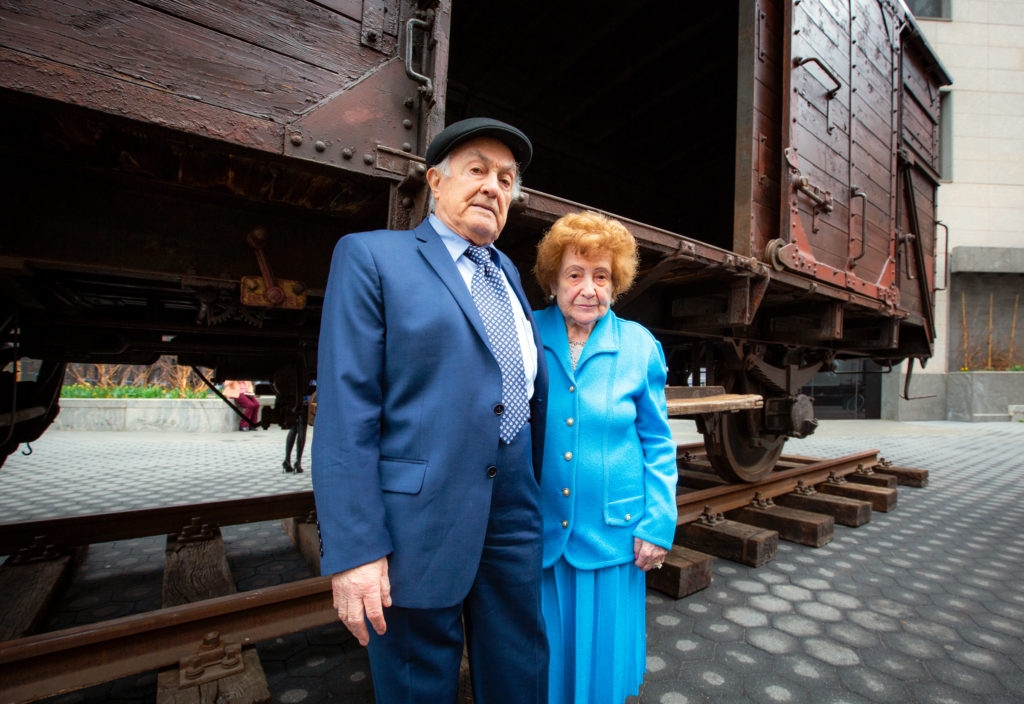 The museum’s Auschwitz exhibition opens May 8, which is also Victory in Europe Day, marking 74 years since Germany surrendered its armed forces and prisoners were liberated from concentrated camps.

The exhibit — which will feature a plethora of objects from prisoners and oppressors, most of which will be on display in the United States for the first time — aims to inspire people to stake a stand against bigotry. “While we had all hoped after the Holocaust that the international community would come together to stop genocide, mass murder, and ethnic cleansing, these crimes continue and there are more refugees today than at any time since the Second World War,” said Bruce Ratner, chairman of the Museum of Jewish Heritage’s board of trustees. “So my hope for this exhibit is that it motivates all of us to make the connections between the world of the past and the world of the present, and to take a firm stand against hate.”