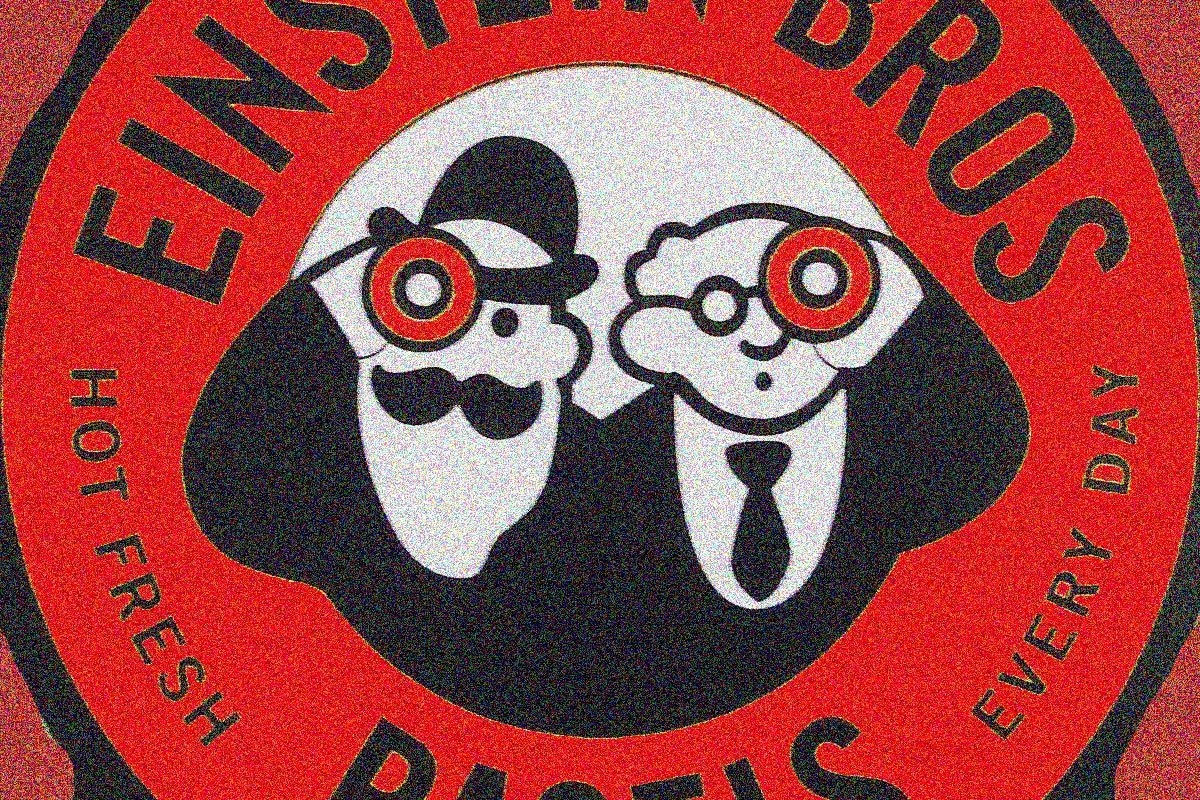 The second wealthiest family in Germany, the Reimann family, owns Einstein Bros. Bagels. They also have controlling stakes in pretty much anywhere you’d meet your bubbe for a meal, like Krispy Kreme Donuts, Panera Bread, Pret a Manger, Peet’s Coffee, and more.

Just why are we writing about the Reimanns, who are worth roughly $37 billion?

Well, take a gander at this recent shocking announcement, that states, “new research had shown that the company’s Nazi-era directors, Albert Reimann and his son, Albert Reimann Jr., were dedicated National Socialists who committed violence and abuse against slave laborers forced to work for their company’s factories and in their private villa.” They discovered they used slave labor and had significant links to the Third Reich.

AND: They were Nazis!! So, yes… to recap: The family that runs a bagel chain — one with a Jewish last name on it, though it’s clearly not their own — were literally Nazis.

As writer Helen Rosner tweeted, “so I’m just gonna float here that a Nazi-money family owning a bagel business with a Jewish name on it is maybe a tiny bit of a problem on a number of levels.” Just a tiiiiny problem.

The Washington Post also reports, “Other disclosures in the report include revelations that the two men were anti-Semites and avowed supporters of Adolf Hitler, and Reimann Sr. donated to the paramilitary SS force as early as 1933.”

Um, so, OK. In response, the family is donating $11 million to charity… Which seems like a lot, until you realize that’s less than 1% of their wealth.

“Hard to believe nobody knew they were nazis given they were staunch supporters, wrote checks to Hitler, and had Soviet civilians as slaves,” wrote one user on Twitter. “Anyway, they’re ‘donating’ ~0.03% of their wealth to ‘charity’… And how much will reach the victims/families? None. It’s a sham.”

Twitter had a field day with the story, primarily joking about how bad the bagels are. “Making shitty bagels may be the most passive-aggressive form of anti-Semitism yet,” one user wrote.

And although these jokes are  dark, perhaps it’s the best way to cope with the news that the billionaires behind one of America’s largest bagel chains are Nazis.

man and I thought it was just their bagels that were anti-Semitic https://t.co/7PsIBeooHk

Yes, the news cycle is beyond bonkers these days. But would you have guessed a major story in 2019 would be about Nazi bagels? Cause we definitely would not.