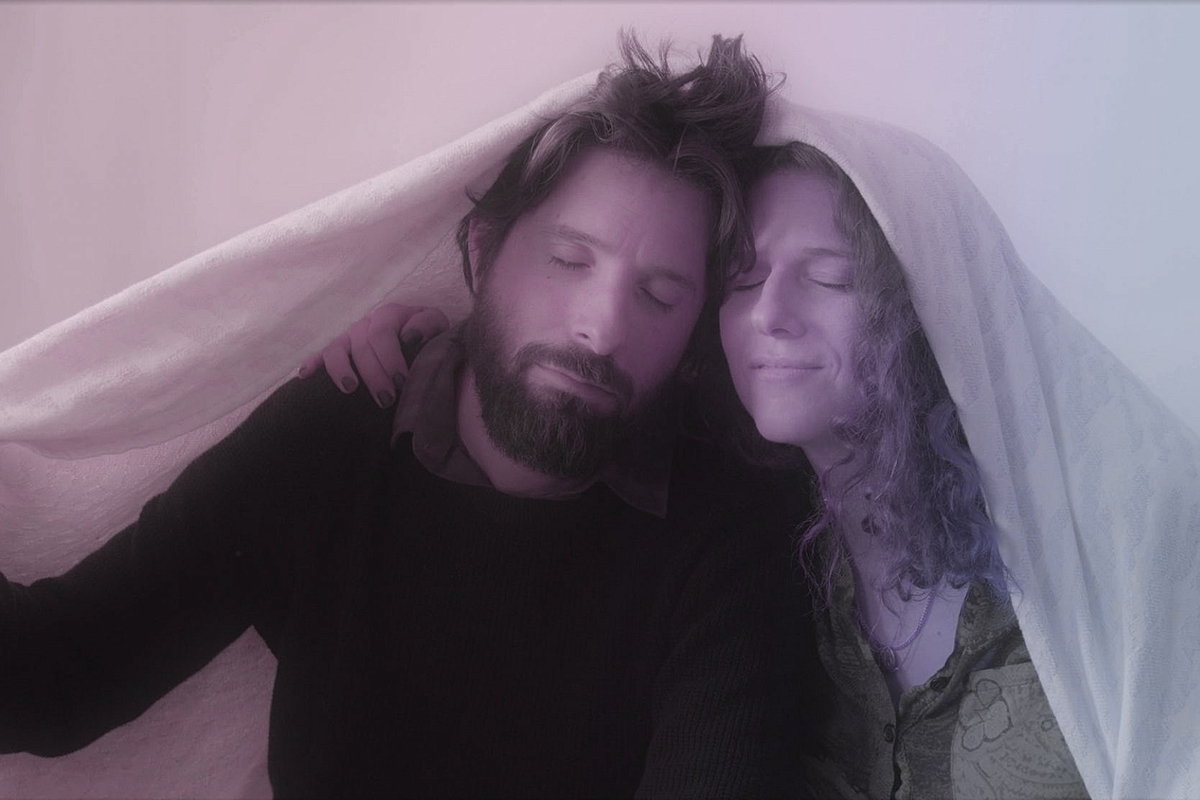 We’ve got some good news and some bad news. Since we are living through rough times, I’ll start with the good news — one of the best Israeli shows ever made, “Hazarot,” or “Rehearsals” in English, is now available on Hulu.

The bad news is that there have been allegations of sexual harassment against two of the actors in the show.

“Rehearsals,” which was co-created by Noa Koler, Erez Drigues and Asaf Amir, became one of the biggest Israeli TV sensations back in 2020, garnering huge accolades and winning a total of eight Israeli academy awards.

It is about two theater creators, a playwright Iris (Noa Koler) and a director Tomer (Erez Drigues), who get a giant contract to produce and stage a comedic play they’ve collaborated on about relationships — just as their own romantic entanglement disintegrates.

The show is mesmerizing. The writing is exacting, both funny and poignant, and the performances from the powerhouse cast are incredible.

They include the brilliant Evgenia Dodina, a theater and TV legend who plays Vera, the tough-as-steel woman who runs the theater at which the play is being staged. Agam Rudberg plays Maya, an ambitious young actress who gets cast in the play — but really wants to play Chekhov. Opposite her is Itay Turgeman as Ofer, a disgraced TV actor working on his first-ever theatrical role.

The show is based on the real story of the production of the play “Echad + Achat” (One plus One), which is also the title of the play Tomer and Iris work on in the show. The 2010 play was created by, and starred, Drigues and Koler at the famous Israeli Gesher theater. It’s is based on the real-life disintegration of their own relationship (yes, this show is incredibly meta, but it’s not at all clumsy about it).

“Rehearsals” is full of insights about the inner workings of the Israeli theater world — for instance, it’s clear that the play is going to be a commercial hit, but their resources keep getting taken away by a temperamental Austrian director working on a production of “The Seagull” — but it also deftly portrays human relationships. “It hurts now but it will pass,” Iris tells Maya after Tomer doesn’t catch her in a trust fall. She might as well be saying it to herself, fresh off the breakup and forced to sit with the resentment that simmered behind their relationship every day.

Koler’s performance as the heartbroken but fiercely principled Iris is perhaps the most compelling in the show, though she has stiff competition. She is a widely beloved actress in Israel and a true media darling, for good reason: She’s incredibly compelling on screen and has a dynamo’s range — she can make you howl with laughter in comedy sensation “Checkout” and can give you palpitations and bring you to tears in dramatic roles. Through her plays and in “Rehearsals,” she’s also proven that she’s a brilliant writer who understands the intricacies of intimacy.

Yet Koler’s work on “Rehearsals” is deeply tied to Drigues, who co-created and co-wrote the show. A month after the finale of “Rehearsals” aired, in Febuary of 2021, Politically Correct, an independent feminist publication, published a story citing multiple allegations of sexual harassment against Drigues — some from women who were underage at the time. The allegations include inappropriate text communications.

Drigues has apologized for his actions and has blamed sex addiction, a condition that has not been confirmed to exist by medical professionals, for his behavior.

The TV character of Ofer, who plays real-life Drigues’ role in the play, also has problems with compulsive sexts: He got fired from his job on a popular TV show for sending dick pics. Drigues has since said that the character’s struggles were based on his own.

Koler has called the revelations about Drigues “difficult, complex, depressing, painful.” She has said that she hasn’t ruled out working on season two of the show, but it’s currently off the books as she is working on other projects (she currently stars in the incredibly excellent Israeli show “Fire Dance”).

Around the same time that Drigues’ victims came forward, allegations of sexual harassment have also surfaced against actor Shmil Ben Ari. In the show, Ben Ari plays a veteran actor who, in the first episode of the show, pretends to solicit a fellow actress to sleep with him only to tell her that he is just joking. Some of these allegations are by actresses who were underage at the time and worked with him on a children’s theater production of “Peter Pan.” The accusations include allegations of inappropriate touching and bullying behavior. Ben Ari has refuted the allegations.

“Rehearsals” is another great show tarnished by the shitty behavior of men. But do the real-life controversies behind it make it unwatchable? Even the woman who first surfaced allegations against Druiges originally wrote that she loved the show, despite how personally triggering it was for her.

The problem with revisiting it after reading the allegations is that, for a show that displays such radical honesty, it also finds itself at times entirely too forgiving and empathetic towards toxic men — both Ofer and Tomer, characters that are stand-ins for Druiges himself, get a bit too much leniency for their bad behavior.

Still, it’s hard for me to counsel anyone to not watch the show when it’s a choice that I can’t personally make myself.

“Rehearsals” is an excellent TV show that’s been fraught with controversy — and that is, I believe, still worth watching. Now that you know all about the allegations behind it, you can make an informed choice for yourself.