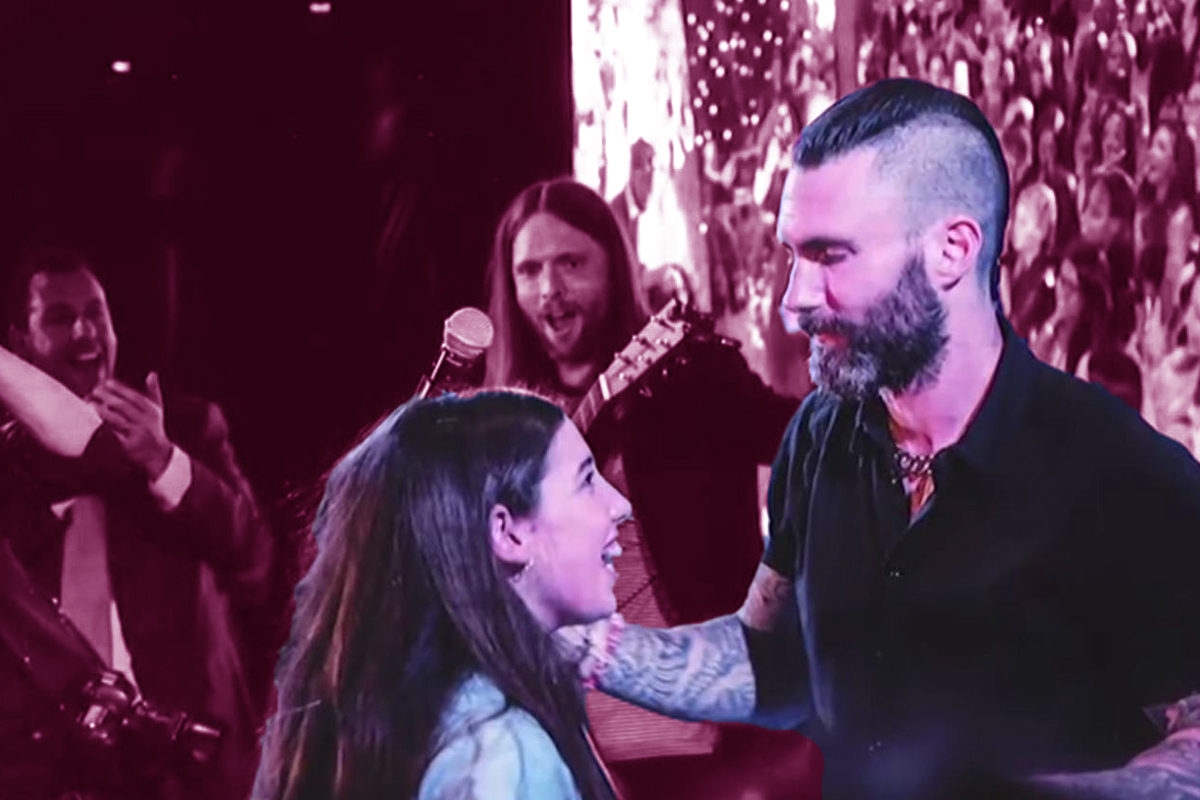 Adam Sandler just scored some major brownie points with his daughter, Sadie. How? He got none other than Maroon 5 lead singer Adam Levine to perform at her bat mitzvah.

Sorry, everyone, but this Jewish dad is seriously the biggest Big Daddy of them all.

In an interview with Jimmy Kimmel promoting his upcoming movie with Jennifer Aniston, Murder Mystery, Sandler revealed some juicy tidbits about his 13-year-old daughter’s bat mitzvah.

Just days before the big event last weekend, Sandler texted his pal Levine on a whim. “I’m sorry to do this to you but my kid’s getting bat mitzvahed Saturday night,” Sandler says wrote. “Could you come and sing a few songs?”

“I can’t say no to you,” Levine, who just left his post as a judge on The Voice, texted back. And voila! That’s all it took to get Levine, 40 — who has two kids with his wife, model Behati Prinsloo — to play three bangers with Maroon 5’s lead guitarist, James Valentine.

Adorably enough, Levine told Sandler he actually grew up attending bat mitzvahs at the very same venue where Sadie’s party was held. Talk about a blast from the past!

Omg my friend is posting videos of @adamlevine and Maroon Five playing at a Bat Mitzvah (Adam Sandler’s daughter) this weekend which is either peak Hollywood or peak Adam Levine 2019, undecided still.

Unfortunately, longtime family friend Aniston couldn’t attend the bat mitzvah because she had “stuff going on” — uh-huh, sure, whatever — but, as Sandler joked to Kimmel, she made up for it in an completely outrageous way: with a check for $1.8 million. “We couldn’t believe it,” Sandler kibbitzed. “And Sadie blew it … [on] a lot of cupcakes.”

The Sandlers’ youngest daughter, Sunny, is 10, which means we can look forward to another over-the-top bat mitzvah in a few years’ time. Will Aniston attend? Will another hot Jewish dad perform? Time will tell!