All the Hebrew Curses You Need to Know 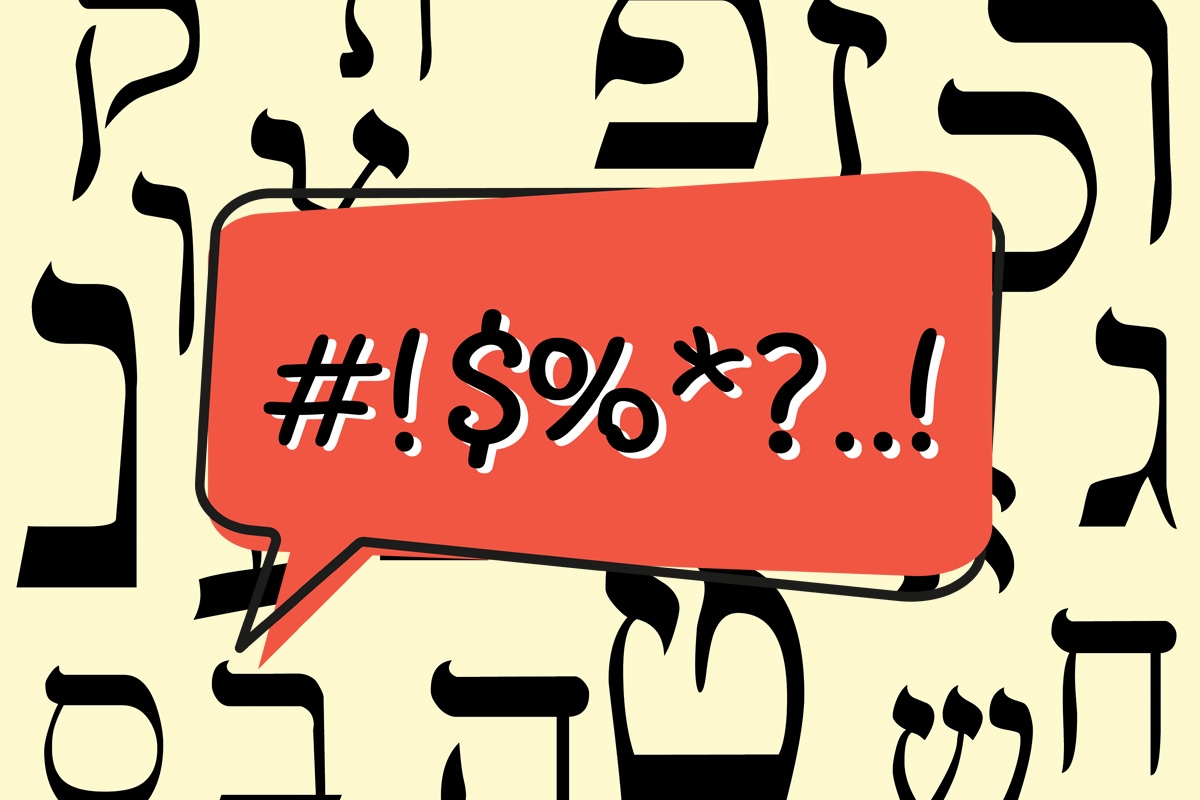 There are a lot of reasons why I love being in Israel, but perhaps an unexpected one is that I love being surrounded by Israeli curses.

Israelis are known for being aggressive, in your face people, for better and for worse, which means that they are excellent at cursing other people out. And, in Hebrew, you don’t even have to get R-rated to get some of that aggression out or take someone down a peg.

Just like a lot of great Hebrew words and expressions, these come from a myriad of languages, including Yiddish, Arabic and Russian.

While I, and Kveller, do not condone cursing other people to their faces, I do appreciate the cathartic properties of cursing someone behind their backs. Let out that rage! Also, some people in the political and public sphere may warrant the curses below.

Some family-friendly curses, for the most part.

Lamla”m (lo mo’il lo meziq) — This acronym stands for “doesn’t do any good, doesn’t do any harm,” and it’s usually used for a person who just really… isn’t very helpful, but is essentially harmless — either in a professional or personal setting. You probably know a lamlam or two.

Shtuyot be’mitz (agvaniyot) — Nonsense in (tomato) juice. This one is pretty self-explanatory! You can get creative with the kind of juice you use in this curse, but I think the classic agvaniyot always works best.

Ahabal — Another great curse from Arabic. This one means moron.

Sheretz — Vermin. This curse isn’t common, but maybe it should be?

Chadal ishim — A lowlife. This is a biblical curse, and I love it so much, even if it’s really way too literary to be used on a daily basis.

Yimach shmo — This curse means “may his name be erased,” and it’s a baddie. This is really reserved for the worst people you can think of.

Sachi — Coming from the Arabic word for healthy, this word is a litmus test of sorts because its meaning has shifted through time. At first, it was used to mean straight-edge in a more derogatory sense — someone who doesn’t drink and smoke and who is really no fun. Lately, it’s also been used to mean “hipster,” again, not really in a positive sense.

Lo yutzlach — A Yiddishified Hebrew curse that is not often used but is too adorable, this word means literally not successful, and is used in the same way as schlemiel  or shlemazel: a useless, unlucky person.

Yoram — Yoram is a Hebrew name and also an old-school word for geek. Not many Israelis use it, but I still think it’s cute. My apologies to all the actual legally named Yorams reading this.

Frayer — The worst curse in the Hebrew language, which derives from Yiddish, a frayer (or freier) is a sucker and, for cultural reasons, one of the words things you can be. If you want more clarity on this, this old but very good segment of This American Life may shed some light on it.

Nudnik / Nijes — Nudnik (Yiddish) and nijes (from both Yiddish and Arabic) mean a pestering, annoying, nagging and/or irritating person. Basically, someone you don’t want to be.

Zevel — Trash. It may be my favorite Hebrew word.

Maniac — A maniac — pronounced man-yak — is not a violent and dangerous person in Israel, but instead, simply, an asshole.

Ksil — The biblical and literary word for idiot.

Menuval — A lot of great Hebrew curses come from the word nevela — a carcass, often specifically of a non-kosher animal. A menuval is a dishonest person, a scoundrel.

If you’re not into profanities, you may want to stop reading now…

Lech (male singular) or lechi… la’azazel / kibinimat / lehizdayen — The Hebrew variations of “get lost” are many! Lech la’azazel means go to hell, from the ancient biblical term. Lech kibinimat comes from Russian and, well, it tells you to go do unmentionable things to your mother. And lech lehizdayen is the classic — go fuck yourself or go get fucked.

Ben zona — This one means “son of a whore,” and while I hate sexist curses, it is one heck of a commonly used one.

Kusemeq — From Arabic, this one means “your mother’s c*nt.” This, again very sexist curse, is used so often as an alternative for “fuck” when you screw something up.

Zayin — The seventh Hebrew letter, the Hebrew word for penis and a commonly used curse. I especially love the saying “zayin ba’ayin,” a dick in your eye (the word eye is also the name of a Hebrew letter).