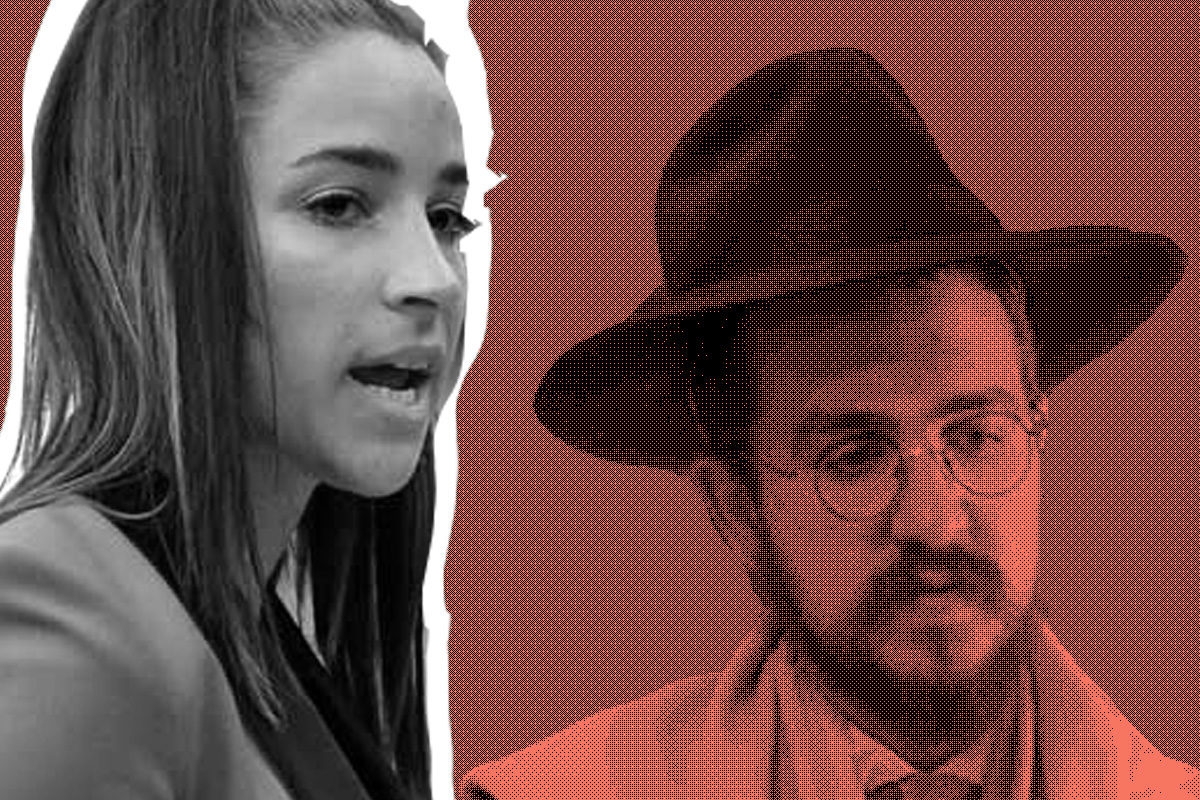 When Aly Raisman spoke about being a survivor — not a victim — of sexual abuse during the trial of U.S.A. Gymnastics doctor Larry Nassar, her powerful testimony and strength inspired many.

“Larry, you do realize now that we, this group of women you so heartlessly abused over such a long period of time, are now a force, and you are nothing,” the Jewish Olympic medalist said to the court.

One of those people moved by Raisman’s words was a Chabad Rabbi Avrohom “Avremi” Zippel, who watched her testimony on ESPN from Salt Lake City, Utah, where he lives and works.

Zippel himself had been sexually abused by his nanny for a decade, between the ages of 8 and 18. He told the Deseret News that Raisman’s testimony made him feel like he could finally regain control over his abuser. And so, after he watched Raisman speak, Zippel, 27, decided to finally call the police and report what happened to him, making him possibly the first Orthodox rabbi to report a case of abuse following the #MeToo movement.

When Zippel, a father of two, described himself a “victim” of sexual abuse, he says he was told by a detective: “Around here, we call people like you survivors.”

His former nanny, Alavina Florreich, was arrested in March 2018 on suspicion of 131 counts of child abuse. She reportedly told detectives that “she was teaching the boy to be a good husband and that it was ‘all part of the boy’s curiosity’ and it was just him “learning.” Earlier this week, much like Raisman did, Zippel testified against his abuser in court.

Zippel said that for many years, he did not realize that what endured was sexual abuse. He thought that both he and Florreich had sinned. “I didn’t know what ‘sexual abuse’ meant in this world, in this culture,” he told the Deseret News. “I didn’t know if it was OK, if I would be banished and divorced or worse. I had never entertained the hypothetical idea that there was such a thing as an observant Jew from a Chabad community being a survivor of sexual abuse. It was not something talked about to one’s spouse, to one’s parents. It was a non-idea.”

It was thanks to an episode of Law & Order that he watched at age 20  — which detailed the story of a child sexually abused by his nanny — that he realized what he went through may not have been his fault. Eventually, after going therapy, Zippel opened up to his wife and parents about the abuse. Despite their initial shock and disbelief, they have been supportive.

“Sexual abuse needs to be talked about more in the Chabad community,” Zippel’s wife, Sheina, said. “We need to talk to our kids about bodies, about boundaries, about privacy.”

We are so glad Raisman’s words found its way to Zippel at the right time, and we hope that his bravery and strength will help inspire even more people.