Andy Cohen Is So Excited for His ‘Semitic’ Baby 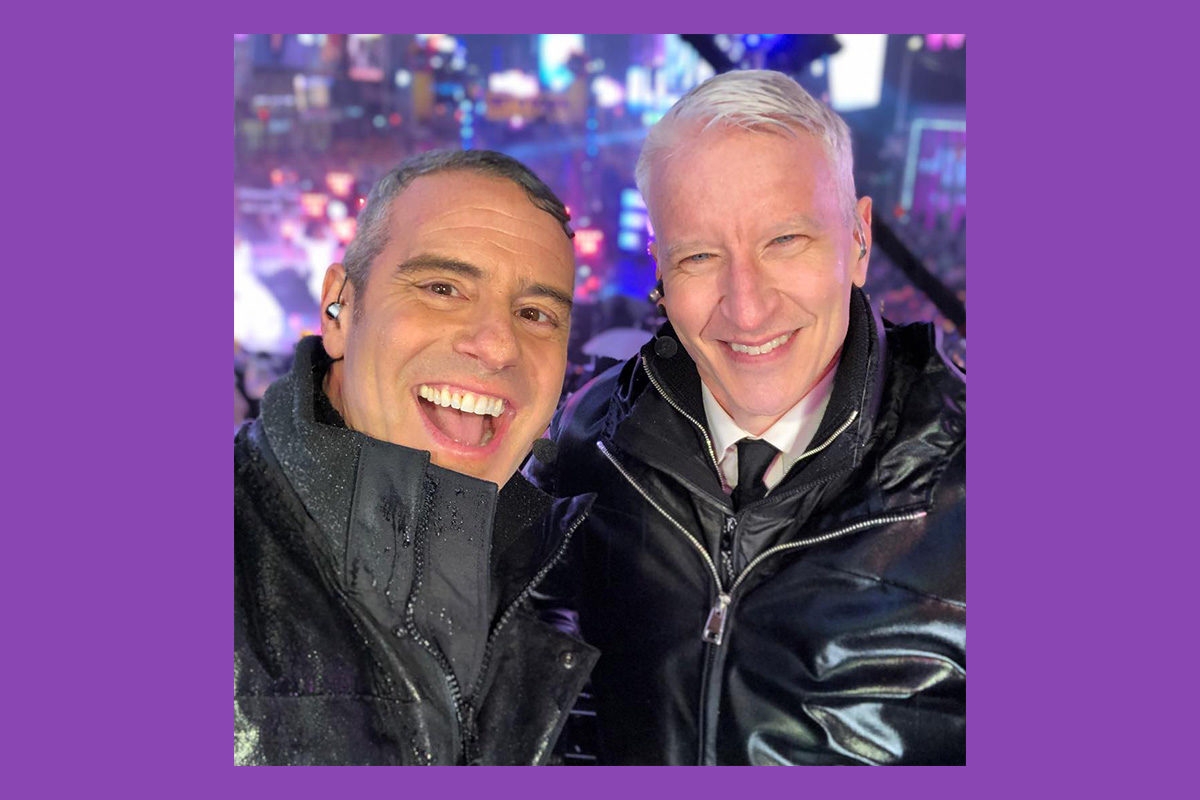 Andy Cohen, the funniest Jewish TV host in the game, recently announced he’s going to be a dad! The host of Watch What Happens Live, 50, is expecting his first child via surrogate. (The video of the announcement is heartwarming. Trust us.)

On New Year’s Eve, Cohen co-hosted CNN’s show from Times Square with Anderson Cooper. Cohen reflected on how he never thought it would be possible for him, as a gay man, to have a family.

“I did it with a surrogate,” he explains. “You know, when I was growing up… I just never thought it would be possible, as a gay man, to grow up and have a family. And here we are in 2018 — almost 19 — and anything’s possible! And I’m so grateful to a wonderful surrogate I’m working with.”

The whole CNN Times Square show was honestly an amazing broadcast, not just because Cohen reflected on his journey to fatherhood.

Cohen, freezing in the rain, had a fun time making Cooper take tequila shots, complaining about the lack of umbrellas, and generally just being absurd. (A TMZ headline reads: “ANDY COHEN GOES BALLISTIC OVER TIMES SQUARE SECURITY… During New Year’s Eve Show.” Because the Times Square Alliance wouldn’t let Andy use his umbrella. Calm down, TMZ!)

But, we have to say, the most important part of the NYE broadcast — besides the bromance between Cohen and Cooper —was the exchange about Cohen’s baby.

He announced the sex of the baby (drumroll please): It’s a boy!

“It’s a boy, and I gotta tell you something, I cannot wait to meet this boy,” Cohen says.

Cooper, ever the journalist, asks, “Do you think he’s going to have salt-and-pepper hair?”

Cooper asks, “Can I ask you the name?”

Cohen’s response? A quick “No.”

After a discussing how Ricky Martin recently welcomed twins, Cohen grins and exclaims: “All the gays are having babies! Here we are! 2019!”

You can watch the full conversation here:

“It’s a boy!” @Andy Cohen reveals the gender of his first child, who is expected to be born in early 2019. https://t.co/kc4HtOcDeE pic.twitter.com/APW0kjocAz