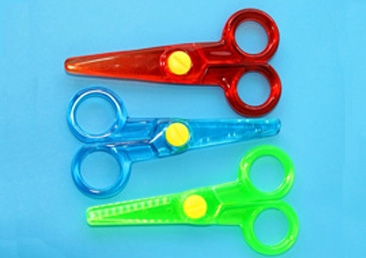 Give your toddler a new 'do!

Baby’s first haircut–what fun! Some parents do it themselves, wielding a small scissors and gingerly cutting into their little one’s tiny locks. Others go for all the bells and whistles of a kiddy salon: Chairs that look like fire engines! Cartoons on multiple screens! Lollipops!

But it’s not just Americans who have ritualized this event. A number of religions and cultures have prescribed rituals for first haircuts, including the Jews.  At least since the 16th century, some Jewish communities have held special ceremonies to mark a little boy’s first haircut. Historically, this event has been limited to Hasidic communities, which call it an upsheren (“sheer off” in Yiddish), and to some Sephardic communities, which call it a chalakah (Arabic for “haircut”).

Where Does This Practice Come From?

In Jewish tradition, the practice of a ritualized first haircut for boys is traced to Rabbi Isaac Luria, a 16th-century mystic in Safed, Israel. Luria’s disciples reported in their writings that their revered teacher used to go to Meron–the supposed tomb of Rabbi Shimon ben Yohai (another great mystic)–to cut the hair of his young son “in accordance with the well-known custom.”

Though this custom may have been “well-known” in Luria’s circles, it interestingly does not appear in any other Jewish literature from before Luria’s time or from his contemporaries. A later tradition cited in Luria’s name associated the first haircut with the child’s third birthday.

Historians are fuzzy about how and why the practice proliferated, but over time, the custom among Safed mystics became to take boys who had recently turned three to nearby Meron to give them their first haircut there. It also became the practice to hold these haircutting events on Lag Ba’omer, a minor Jewish holiday, which is celebrated as the anniversary of the death of Rabbi Shimon bar Yohai.

Every year on Lag Ba’omer thousands of Jews make a festive pilgrimage to Meron. This pilgrimage includes drinking, dancing, bonfires, and lots of haircuts for lots of boys who recently turned three.

The tradition is not limited to Meron, however. In many communities, the haircutting event for a three-year-old boy takes place at the child’s home, in a synagogue, or in any other public space–from a pizza shop to a playground.

If you’ve ever seen Orthodox two-year-old boys running around with long ponytails flying behind them, you might have

wondered why their parents don’t just give them a haircut.

A number of explanations have been advanced for this practice of waiting three years. Some relate it to the law in the Bible, which stipulates that one is not allowed to eat fruit from a tree during the first three years after it’s planted. Jewish tradition sometimes compares human life to the life of trees. Waiting three years to cut a child’s hair, like waiting three years to pick a tree’s fruit, suggests the hope that the child will eventually grow tall like a tree and produce fruit: Knowledge, good deeds, and a family of his own.

Others believe, based on folk superstition, that demons like to prey on little boys, and snatch them from their parents. By letting a boy’s hair grow long, it is possible to trick the demons into thinking the boy is in fact a girl.

In Hasidic and Sephardic communities, the upsheren is more than just a haircut; the event marks the beginning of a male child’s formal Jewish education. To signify this, a little boy at his upsheren is often presented with a kippah (skullcap) and tzitzit (ritual fringes to wear under his clothes). So that his Torah study should always be sweet, a set of Hebrew letters are often covered with honey, and the child identifies the letters while licking off the honey.

Sometimes the hair that is cut off in the ceremony is weighed, and charity is given in that amount.  Other customs include inviting each guest at the ceremony to snip off a lock of hair. The child then puts a penny in a tzedakah box for each lock as it’s cut. Sometimes the child sings a Hebrew song or recites the Shema prayer.

How Do I Plan an Upsheren/Chalakah?

Though the custom of holding an upsheren/chalakah is still pretty much limited to the Hasidic community and to some Sephardic communities, a number of parents from all Jewish walks of life are tapping into this tradition because they feel that turning three is a significant milestone.

There is no doubt that for many children turning three comes with some major developmental changes, including increased independence, and the ability to assume more responsibility; it can be meaningful to celebrate this coming-of-age in a Jewish context. For progressive Jewish families, this celebration can be convened for either a son or a daughter, and it can include haircutting or not.

When organizing a third birthday with a Jewish twist, you’ll have to consider all the usual steps of party-planning. Where do you want to hold it: At home, at a synagogue, at a park, or somewhere else? What food should you serve: Bagels and spreads for a bris-like feeling, or birthday cake and ice cream? Who to invite? Keep in mind that if your event will include haircutting, you might want to limit the guest list to people your child is close to. A first haircut can be a little traumatic for some kids, so a major public event might not work so well.

As you plan the program, consider incorporating some of the Hasidic customs mentioned above. If your party will include haircutting, and your child’s hair is long enough, you can also choose to donate the hair to a charity that makes wigs for cancer patients.

Don’t worry about sticking to just the traditional practices. If licking honey off Hebrew letters doesn’t appeal, you can create your own rituals for this ceremony involving Jewish songs, stories, or practices that your child knows. If you normally bless your child on Shabbat, you can include this familiar blessing in your ceremony. Keep in mind your child’s attention span (and the attention spans of other kids who might be present), and choose rituals and liturgy that will be fun, engaging, and quick.

For a personal look at this tradition, read actress Mayim Bialik’s story of her son’s upsherin and how one mom dealt with her son being mistaken for a girl until his upsherin.