As a Jewish Mother, I Know Firsthand How Dangerous Pregnancy Can Be – Kveller
Skip to Content Skip to Footer

As a Jewish Mother, I Know Firsthand How Dangerous Pregnancy Can Be 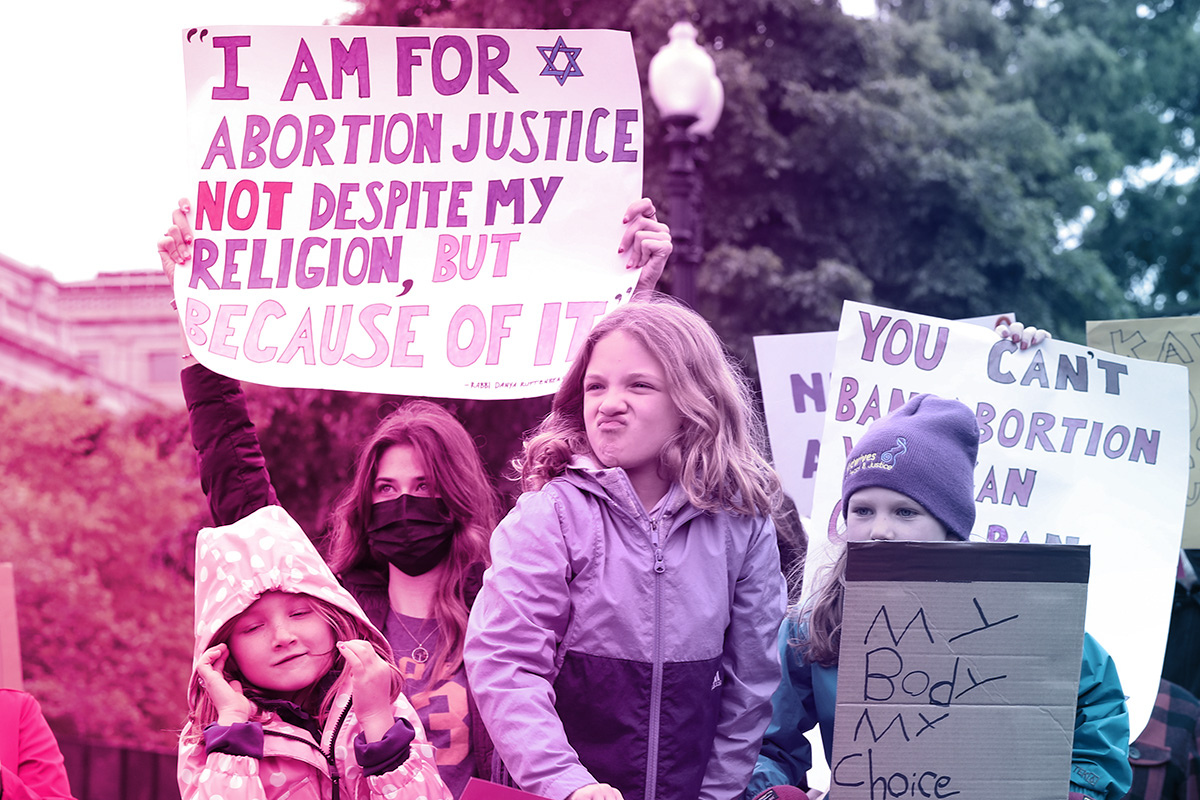 The news that the Supreme Court plans to overturn Roe v. Wade has hit a lot of us in the most sensitive of places.

For me, almost a year postpartum with a second child whom I desperately wanted, this moment brings up the days after my traumatic C-section, when I repeated the Birkat HaGomel — the Jewish prayer of gratitude one typically says after an illness — through tear-filled eyes.

The idea that anyone could go through what I — and so many of my pregnant friends who had painful, high-risk pregnancies, have gone through — without explicitly choosing to is harrowing.

With states around the country restricting abortion access and shutting down abortion clinics, I know that this is already a reality — one that this ruling will make even more common and dire. Once Roe is overturned, 13 states with “trigger laws” will ban abortion almost immediately. Nearly two dozen states are likely to ban abortion or severely restrict access to them.

As a Jewish mother, this all goes so profoundly against all the values that I espouse. A lot has been said lately about the Jewish approach to abortion. For the most part, rabbis agree that overturning Roe v. Wade goes again Jewish religious liberties. While there is not a perfect Jewish consensus about abortion, Jews, more than any religious group, are overwhelmingly pro-choice.

The Jewish concept of “pikuach nefesh” is the idea that the value of human life and the need to preserve it stands before any other religious laws. The U.S. is the country with the highest maternal mortality rate in the developed world, one that has risen during the pandemic to pre-Roe numbers.

The reality is that every pregnancy puts a person in potential mortal danger.

Both of my pregnancies were considered high risk — I had a very common pregnancy complication, gestational diabetes. That condition doesn’t put the pregnant person’s life in danger so much, at least during pregnancy, and I managed it. Still, having gestational diabetes means I’m 50% more likely to get type 2 diabetes in the future. Pregnancy has changed my body, and in a way, my chance of mortality, forever.

After I gave birth and completed the rudimentary postpartum checkups, the attention shifted completely away from my body and towards that of my baby — their health, their growth, their feeding and sleeping routine. The one thing that doctors did ask me was if I was back to my pre-pregnancy body — which, in addition to being an awful question in itself, is so wrongheaded, because every pregnancy changes our bodies irrevocably.

And that is saying nothing about how it affects our mental health. As Rabbi Eliezer Waldenberg wrote about pregnancy and abortion: “If there is a danger to the mother from continuing the pregnancy, one should permit abortion without hesitation… Indeed, psychological suffering is in many ways much greater than the suffering of the flesh.” Deaths by suicide are the leading cause of maternal mortality in this country, and that rate has been growing.

Navigating the treacherous American medical system, so many of us feel, again and again, like our bodies, our minds and our lives don’t matter. My one source of comfort is that my religion is overwhelmingly pro-life and pro-autonomy. Biblical scholars and stories remind us of that. As Kate Hennessy wrote, the story of Lilith is a reminder that “God promoted a woman’s bodily autonomy from literally the beginning of Jewish history.”

I am grateful for Jewish values and leaders that affirm that a pregnant person’s health, mental and physical, is of value — even when men (and one woman) in the Supreme Court of this country do not. I am so grateful for those who will be marching for those rights next week in Washington as part of the Jewish rally for abortion justice.

We should all acknowledge that getting pregnant means putting yourself in mortal danger. It’s a decision mothers make over and over, with no regrets — but it should only be done freely.