When Bodily Autonomy Is Threatened, This Jewish Icon Gives Me Courage – Kveller
Skip to Content Skip to Footer

When Bodily Autonomy Is Threatened, This Jewish Icon Gives Me Courage 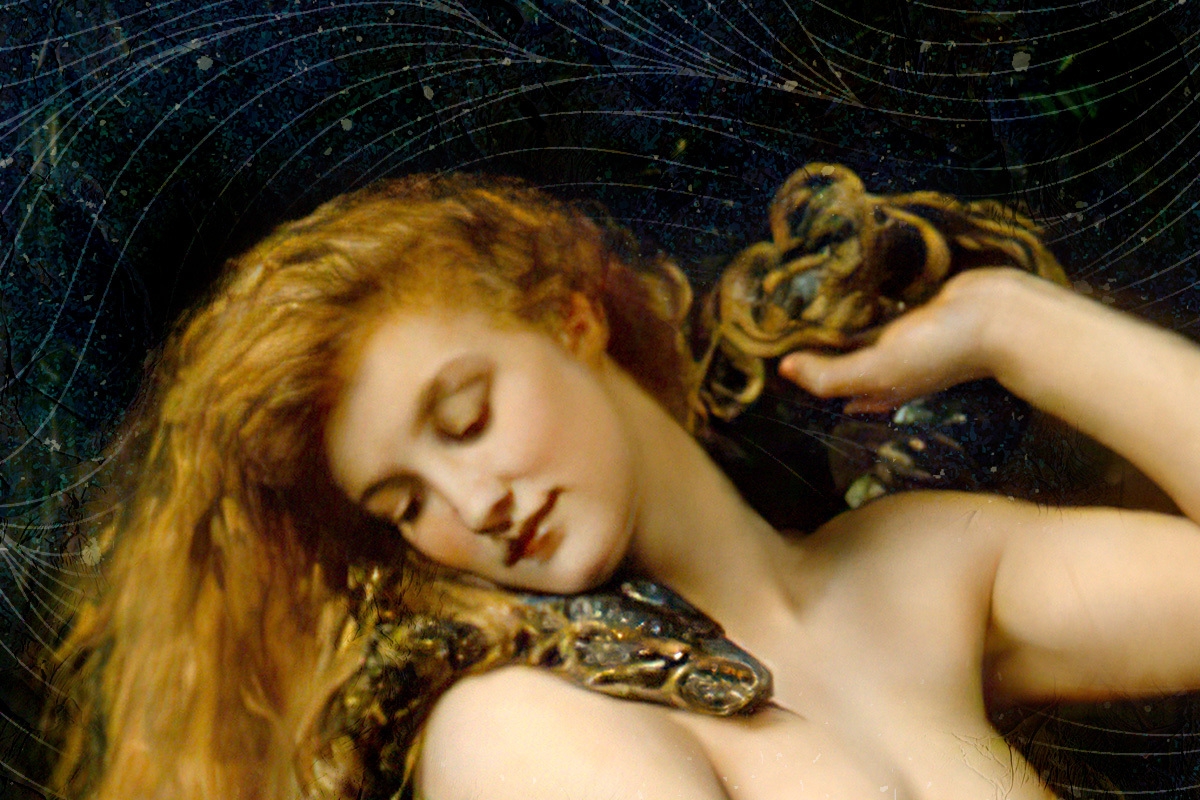 I love the iconic Jewish folklore of Lilith, Jewish demoness (and possibly the world’s first feminist) for so many reasons. There’s her intense rebelliousness, her powerful and mysterious taboo, her unyielding independence — I could go on. But with the Supreme Court poised to overturn Roe v. Wade in a human rights travesty, my mind is on an aspect of the Lilith story that seems most relevant right now: bodily autonomy.

In case you grew up being taught that Eve was the first woman God created, let me fill you in on the story of Lilith. Actually, let’s let “The Alphabet of Ben Sira,” a collection of legends from the 9th or 10th century, fill you in:

“As soon as Lilith saw this, she uttered the Divine name and flew up into the air and fled. Adam began to pray before his Creator, saying: ‘Master of the universe, the woman that you gave me has fled.’ God sent three angels and said to them: ‘Go bring back Lilith. If she wants to come, she shall come, and if she does not want to come, do not bring her against her will.’

“The three angels went and found her in the sea at the place where the Egyptians were destined to drown. There they grabbed her and said to her: ‘If you will go with us, well and good, but if not, we will drown you in the sea.’”

I find this story utterly fascinating for three reasons: first, that God promoted a woman’s bodily autonomy from literally the beginning of Jewish history; second, that the angels twisted God’s directive into something altogether different; and third, how allegorical this is to our modern era, thousands of years later.

Let’s face it: A lot of the Torah and Talmud can be pretty sexist, because they were written and codified in time periods even more heavily patriarchal than now. So for an ancient Jewish text to attribute God to giving a “defiant” woman the freedom of choice of whether she comes home to be a “good wife” or stays a wild, independent creature of the night is a Pretty Big Deal. Here God sets an incredible precedent — that is promptly ignored for all the millenia to come.

Even before the story is over, God’s chill and respectful attitude about bodily autonomy is thrown to the wayside when the angels catch up to Lilith. Where God said “don’t force her to come back if she doesn’t want to,” the angels then tell her “come with us or we will drown you.” They make her out to be an evil demoness whose only purpose, now that she has rejected her life’s purpose of being a subservient wife, is to be a baby killer who seduces men. Lilith even finally admits herself that her only purpose is to weaken babies and men (though outnumbered and threatened with being murdered, one has to wonder how much this is a willful testimony or if this is a “sure, I’m an evil bitch; don’t kill me” kind of admission). Subsequently, the lore is expanded to depict Lilith as having an unbridled sexuality that is the downfall of men, and that she’s even had affairs with Satan and, perhaps, the Shekhinah (God’s presence on earth) itself. (Ya know, the typical things people say about fiercely independent and badass women.)

The parallels to today are so clear and literal they barely need explaining: We live in the 21st century, thousands of years after this story was told, and yet independent women who are proponents of bodily autonomy (and therefore pro-choice) are accused of being evil feminist baby-killing sluts. Mankind, like the angels, have taken God’s word and twisted it to serve their own agendas (because, p.s. — Jewish law, extracted from the Torah, prioritizes the life of the mother, not the fetus). To these men, much like to Adam, a woman’s purpose is to serve her husband, to be an auxiliary component to improve his life and status. Deviate from this expectation and you’re an evil liberal who needs to be controlled and put in her place. Even more, women are blamed for the misdeeds of men (“Well, what were you wearing?”), just as Lilith has long been the scapegoat for male sexual misdeeds.

In the story, Lilith fled to the future site of the miracle of crossing the sea, a la the Passover story. Some have pointed out how poignant this is, as she had been born into a restrictive role from which she wished to be free — which parallels not only the Passover story of the Jews’ redemption from slavery in Egypt, but also the struggle of those of us who wish to have free control of what happens to our bodies.

In feeling angry and distressed at the news of Roe v. Wade’s precarious status splashed across all of social media, I find myself turning to Lilith for comfort. Lilith spent centuries slandered and outcast, yet she never lost her sense of independence or who she was. She’s remained a powerful presence since the beginning of time. And in modern times, she’s found her redemption through those who hold her up as the Jewish icon of feminism, who stand with her.

Regardless of what happens with the Supreme Court decision, we will find a way to support each other and help women get the healthcare they need. Regardless of how we are portrayed, we will continue to fight back. This war on bodily autonomy is nothing new — just as it’s nothing new that women manage to find a way to survive and be independent in a world that pushes against us at every step.

Right now, we are apprehended by the angels at the Red Sea, suspended above an expanse of treacherous, churning gray waters and threatened to comply. But we will not give up or give in, and we will maintain our power for generations to come. We will stand by one another hand in hand, waiting for the sea to part as we march toward true freedom for all.