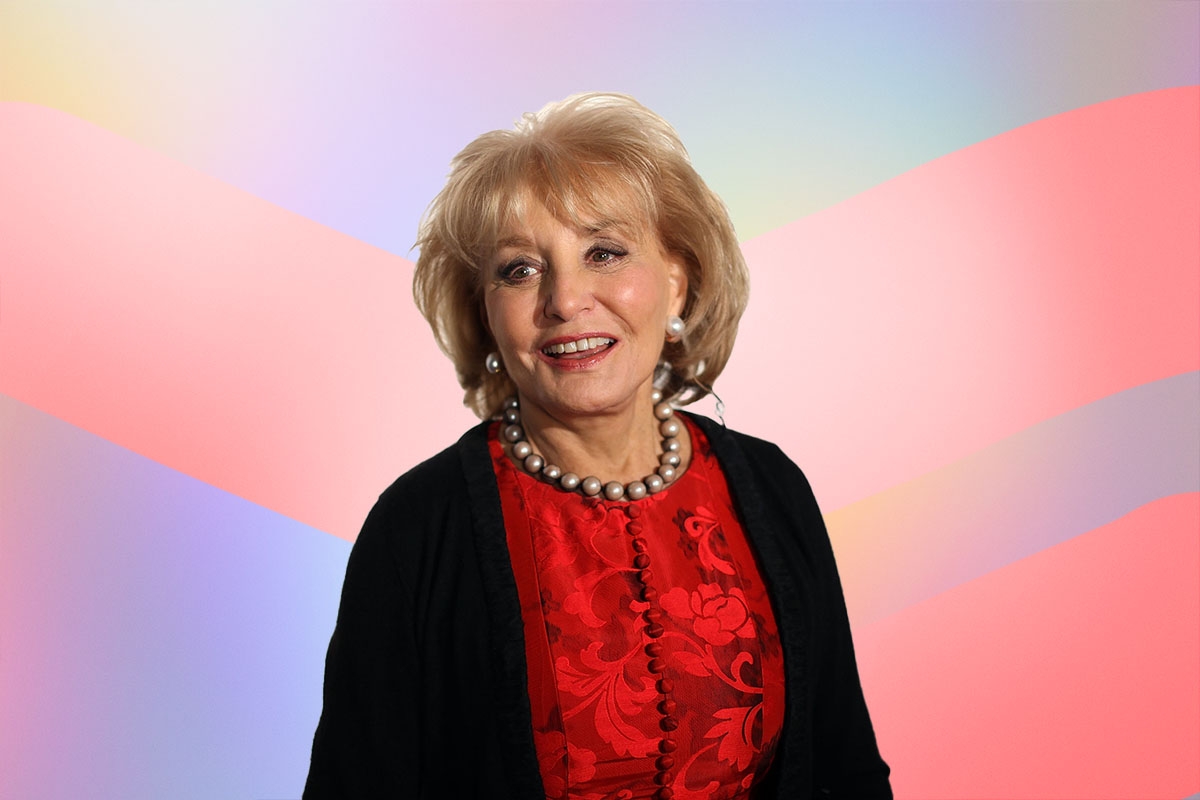 As 2022 came to a close, we lost the woman who forever revolutionized network television news in this country: Barbara Walters.

Walters, who passed away on December 30 at age 93, made the news industry a woman’s domain. She was the first female anchor of a network evening news program and the first female co-host of the “Today” show. It was her ability to ask difficult questions and take up space in an industry that until then was dominated by men that made the descendant of Jewish immigrants from Eastern Europe an international legend.

Walters broke the glass ceiling and let through generations and generations of female news anchors, from Katie Kouric to Diane Sawyer, Robin Roberts and Juju Chang. On her last day on “The View” in 2014, Oprah Winfrey introduced an emotional Walters to that cohort of successful, diverse women — letting them share the stage and pay tribute to the woman who helped make their careers a possibility.

Simplest and best tribute to exemplify the Barbara Walters legacy :

On her final show on The View, they just brought one female journalist after another to honour her. All ages, races, from NBC to FOX, to say thank you. She’s completely overwhelmed and touched. pic.twitter.com/923BqlU7CG

What was it that made all these women so good at bringing us the news? As Walters herself once surmised, it was chutzpah.

While she didn’t grow up religiously observant (though her daughter went to Hebrew school, and she did celebrate Jewish holidays with her third husband), it’s clear that chutzpah was a kind of guiding principle that made Walters the legend that she will always remain — her fearlessness, her willingness to ask the difficult, and yes, sometimes inappropriate, questions, and the ability to not placate her subjects (though she was, for the most part, pretty charming).

Walters was a lot like another Jewish trailblazer of her generation, and also a close friend of hers, Joan Rivers: always put together, beautiful, consummately professional in appearance and always uncompromising and fearless in her words. When Rivers passed away, Walters said of her friend that “she would say all the things that women wanted to say and perhaps didn’t.”

It was Walters’ Jewish father who instilled in her a fascination for show-business. Lou Walters, who was born Louis Abraham Warmwater, the son of a Jewish immigrant from Poland, ran the Latin Quarter — a chain of nightclubs — across the country. Walters’ mother, Dena, was a homemaker from a Jewish Russian family who loved her daughter very much, but did not do well with her husband’s business dealings. The family often moved and struggled with money. Walters’ also had a brother who died when he was 3, and a sister, Jacqueline, who was developmentally disabled. Yet at the Latin Quarter, young Walters met celebrities like Frank Sinatra — and she learned that celebrities often had a dark side. They were human beings with heartbreaks and families that they didn’t see.

Walters began gracing American TV screen in the ’60s. At first, she was relegated to fashion and “women’s affairs,” but soon, she started interviewing world leaders and reporting on hard news. It was clear that she was a singular, incredible presence.

Watching Walters interview state leaders, and as the first woman to run a presidential debate, is electrifying. There’s a relentlessness to her, a vibrancy that’s unparalleled — it’s that good ole’ chutzpah, the way she asks the difficult, sometimes downright cringe-worthy questions, without batting an eye.

Walters interviewed some incredible Jewish women — like Elizabeth Taylor, who let her try on the Elizabeth Taylor Diamond, which originally belonged to a wealthy Nazi family. She sat down with Barbara Streisand multiple times; in one interview Streisand talked about how the Broadway production of “The Diary of Anne Frank” influenced her political activism.

And of course, in one of her most famous — and perhaps infamous — interviews, Walters sat down with a young Monica Lewinsky. And while that interview, in which Walters asked about that famed blue dress and told Lewinsky that her saying she made a mistake was “the understatement of the year” — perhaps hasn’t aged well, it did lead to a longtime friendship. Lewinsky wrote an ode to Walters after her passing on Twitter, saying, “she was the very first person with whom i ever sat for a television interview… and will certainly be my most memorable. barbara will be missed by many — including me.”

we stayed in touch over the past 25 years. the last time we saw each other was for lunch a few years ago. of course, she was charming, witty and some of her questions were still her signature interview style:
(3/4)

Barbara Walters was also the subject of many impressions across the world — including from Israeli comedian Ilan Peled who called her Varvara. Walters initially took umbrage at the way she was mocked by comedians, especially by Gilda Radner’s “Saturday Night Live” impression of her as Baba Wawa. That was, until one day she walked in on her daughter watching the impression, and when she complained about the reductive sketch, her daughter just told her, “Oh, mommy, lighten up.” According to Howard Stern, when Radner passed away in 1989, Walters sent her husband, Gene Wilder, a condolence letter signed Baba Wawa.

When she finally retired in 2014, she spoofed herself better in SNL than anyone ever had, giving tips for journalists like, “Do not be afraid to ask the tough questions like, ‘If you were a tree, what kind of tree would you be?’ [a question she once asked Katherine Hepburn and was relentlessly mocked for] or, ‘Your place or mine, Brokaw?’”

She also joked about the fact that she was often criticized for making her subjects cry. “Nothing brings in the viewers like seeing a celebrity reduced to tears,” she told Nasim Pedrad on that Weekend Update SNL skit. “You may think, aww, I’m feeling really bad for them, but all I’m thinking is, ‘Ka-ching!'”

That was how she ended what was a trailblazing career — with humility, self-humor, and gratitude.

Like many women, Walters spoke about the sacrifices she had to make as a mother because of her career. Walters’ daughter, Jacqueline, 54, was named after her sister who died of cancer in 1985.

“No, more than being remembered,” she added, “I hope that by younger women, I can help them aspire.”

And Walters did just that. When she co-created “The View” in 1997, she helped popularize a format in which women speaking with other women was something venerated and enjoyed.

Walters helped raised a generation of women who talked, and asked questions, and saw what it was like to take up space on national television.

So thank you, Barbara Walters, for reminding us always that being a Jewish woman with chutzpah is something to be celebrated.