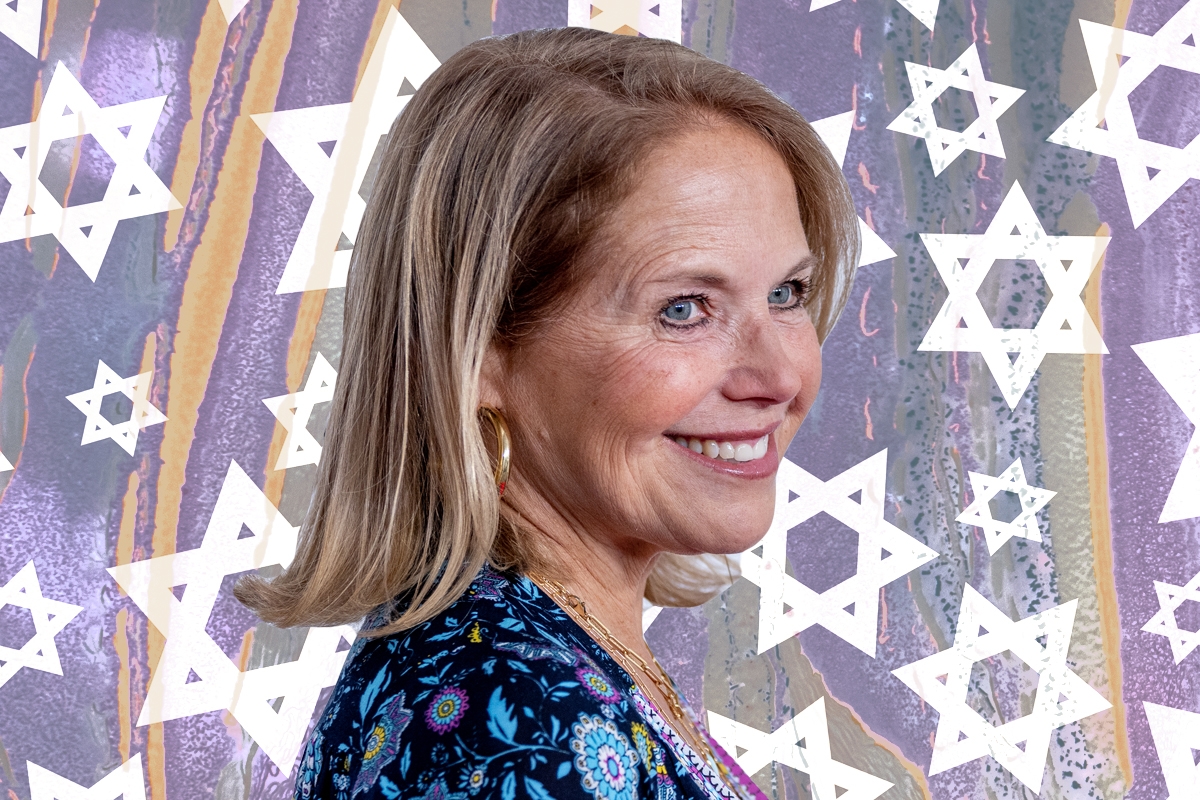 An interview published by The Cut between the excellent Rebecca Traister (who is herself a Jewish mother) and Couric — tied to the release of her new autobiography, “Going There” — details the media maven’s Jewish roots. Yes, you read that correctly!

According to Couric, 64, these roots were mostly concealed from her and her sisters as they were growing up in Virginia. And yet, Couric’s mother did not just have a few Jewish relatives on the extended family tree. According to Traister: “Couric’s mother’s family, it turns out, was not Jewish in a way-back-in-the-
old-country kind of way. It was Jewish in the her–mother’s–grandparents–were–named–Isaac–and–Emma Frohsin kind of way. Couric’s mother and uncle were both confirmed in a synagogue.”

While this may be an unexpected development, this isn’t exactly news — it’s been a known fact for more than a decade among those of us who Google Jewish celebrities for a living (i.e. the writer of this piece). In fact, columnist Nate Bloom claims he was the first to report on this in the Jewish media back in 2004, based on a report from former Fox journalist and gossip blogger Roger Friedman. Information about Couric’s Jewish family ties later appeared in Ed Klein’s 2007 unauthorized biography of the anchor, “Katie: The Real Story.”

But the interview published on The Cut last Thursday appears to be the first time Couric, a mother of two herself, openly grapples with her Jewish origins.

Couric’s mother reportedly converted to her father’s Presbyterian faith and did not discuss her Jewish upbringing with her children. Couric first realized she had connections to Judaism when she saw a menorah at her uncle’s house when she was 10 years old. In her autobiography, she recalls thinking of Jewish comedian Tom Lehrer’s 1965 “National Brotherhood Week,” in which he sings “Oh the Protestants hate the Catholics/ And the Catholics hate the Protestants/ And everybody hates the Jews.”

In her book, Couric recalls how, “as an adult, she found her mother weeping after some of her friends made an anti-Semitic comment to her, not knowing she was Jewish.”

Fascinatingly, the journalist and her mother, who passed away in 2014, never really discussed the fact that she was Jewish.

When asked by Traister about this, Couric couldn’t really explain why her mother hid her heritage, positing that she may have done it for the sake of her father’s career — he was a journalist and publicist — or family, which was devoutly Christian.

While she didn’t feel comfortable with defining her mother’s approach to Judaism as “self-loathing,” she did not dismiss the idea that her mother may have hidden her Judaism out of a sense of self-preservation: “Because my mom is no longer alive,” Couric tells Traister, “and we have no idea how many micro-aggressions she experienced as a Jewish person in a world that was rife with anti-Semitism.” (Couric’s mother grew up in the 1920s and 1930s — it’s quite likely that she wasn’t a stranger to antisemitism.)

Traister also mentions another brief, related anecdote: how Couric’s mother asked her to stop peppering her speech on-air with the occasional “oy” because she found it “so… New York.”  While she doesn’t exactly use the word “Jewish,” this does suggest that she didn’t want her daughters to be identifiable as Jewish.

My heart is broken. I lost my mom and best friend. We love you and miss you, Mom/Granny. pic.twitter.com/gamqIxqlIz

In her book, Couric contrasts her mother’s Jewish heritage with her father’s Confederate roots. Couric’s father is a descendant of two Confederate veterans, one of whom served in the cavalry of the first Grand Wizard of the Ku Klux Klan. Her first husband, Jay Monohan, who died in 1998, spoke at “United Daughters of the Confederacy” events — something that adds even more layers of complexity to her Jewish identity. (By contrast, Couric’s current husband, financier John Molner, whom she married in 2014, is reportedly Jewish.)

Of course, there is another big Jewish story behind this autobiography: Couric writes about how she chose to censor her 2016 interview with Ruth Bader Ginsburg to not include some of her racist statements about Colin Kapernick’s taking the knee at football matches, omitting a part in which Ginsburg blamed these actions on ingratitude and a lack of education. Couric is currently taking a lot of flak for this on social media, for trying to protect the Jewish Supreme Court Justice. Ginsburg’s office later issued a statement saying she didn’t understand the incident or its purpose and that her comments were overly harsh, but this incident still opens up a lot of questions about journalistic integrity and the legacy of the widely beloved feminist icon.

Couric’s new book is all about grappling with complex legacies — it’s an honorable endeavor. Yet despite all of these complexities, we’re glad she’s opening up about her Jewish roots and history.