Barbra Streisand: "Anti-Semitism Is One of the Most Terrifying Issues of Our Times" – Kveller
Skip to Content Skip to Footer

Barbra Streisand: “Anti-Semitism Is One of the Most Terrifying Issues of Our Times” 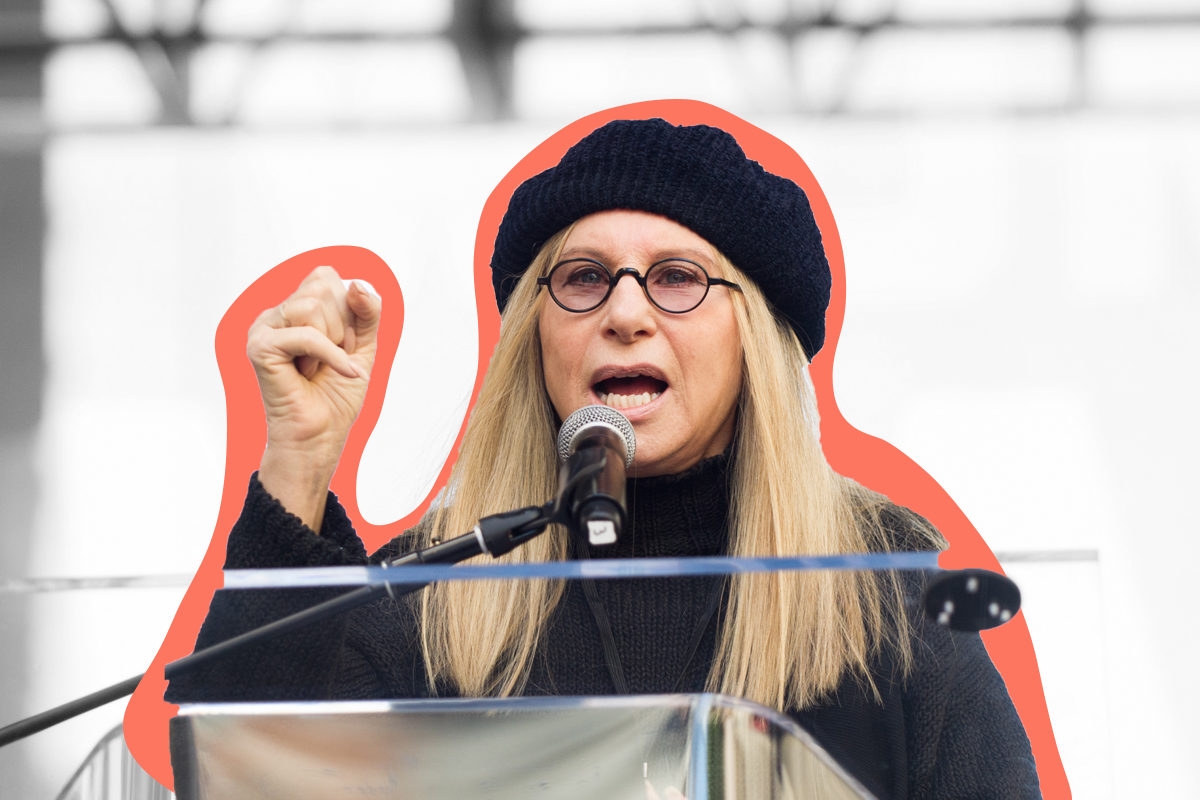 In a new interview, Barbra Streisand spoke about her identity as a Jewish person and her concern over anti-Semitism. The iconic Jewish singer and actress, 77, spoke to The Chicago Tribune last week — and she wasn’t afraid to get political.

The interviewer asked her why we’re seeing more explicit anti-Semitism around the world, and what we can do about it — and Babs’ answer, much like her singing voice, was pitch perfect.

“As (a) person who is proud of my Jewish heritage, it’s deeply concerning,” she said. “It’s undeniable that anti-Semitism is one of the most vexing, terrifying issues of our times. But this anger and hatred has actually been here for 3,500 years. It just reveals itself in different ways through the millennia, but it’s ever-present. Jews have always been the scapegoats, blamed for the ills of the world.”

This isn’t the first time Streisand has been so outspoken on the topic. Born in Brooklyn, Streisand was the granddaughter of Jewish immigrants from Poland and Russia. She’s very open about her Judaism, she is equally outspoken about her political beliefs. Last year, for example, she shared the cover of New York Magazine with 11-year-old Ethiopian Jewish activist Naomi Wadler.

This intersection of her public Jewishness and political activism means that Streisand is comfortable speaking out about anti-Semitism, and more: On Twitter, Streisand takes on such topics as gun violence, climate change, and Trump’s racism.

European-born Jews suddenly did not count as citizens as fascists rose to power in Germany. There is no mistaking what calls to scapegoat the “other” lead to. We cannot tolerate this dangerous, racist behavior in America. https://t.co/SS154Wp8ZZ

And when it comes to anti-Semitism, Babs is spot on: Anti-Semitism has always been here, and it’s not going away anytime soon. Streisand spoke to The New Yorker shortly after the Pittsburgh synagogue shooting in October 2018, and said, “The killer was mad at the Jews for helping refugees. But the Jews have always done that. And in this country we vet people. We vet immigrants, you know? The lies against all these people are very disturbing to me.” (The Pittsburgh shooter was angry about HIAS, the Hebrew Immigrant Aid Society, an organization that helps refugees resettle.)

My heart goes out to those families in Pittsburgh who are grieving.

Streisand’s activism and Jewishness isn’t just limited to social and traditional media — they are constants in her art, too. Take the song “Lady Liberty” off Walls, Streisand’s 36th (!!!) studio album, in which she sings about immigrants and the Statue of Liberty. In one verse, she sings lines from Emma Lazarus’s poem “The New Colossus” — you know, the iconic one from the Statue of Liberty:

Give me your tired, your poor,
Your huddled masses yearning to breathe free,
The wretched refuse of your teeming shore.
Send these, the homeless, tempest-tost to me,
I lift my lamp beside the golden door!

But that’s not all! Streisand — whose maternal grandfather was a cantor — has also recorded and performed classic Jewish prayers and songs. Her version of “Avinu Malkeinu” — the prayer recited during the High Holidays — is an instant classic:

Or here she is performing Hatikvah, Israel’s national anthem, in 1978 (and chatting with former Israeli Prime Minister Golda Meir):

In a 1982 interview, Streisand said, “I’m a Jewess through and through, although I’m not religious. I don’t do anything intentionally to hurt anyone. I feel like I’m a good person. And that feels very Jewish to me. There isn’t enough support for Jewish artists and Jewish culture, so I’d like to support that.” (Perhaps that’s why, in 2018, she allowed The Marvelous Mrs. Maisel to use one of her songs in the first scene of season two.)

Keep up the good work, Babs! And do us all a favor, since we all could use some cheering up in these dark times: Please post a another photo of your cloned dogs soon.

Image of Barbra Streisand in header by Emma McIntyre/Getty Images