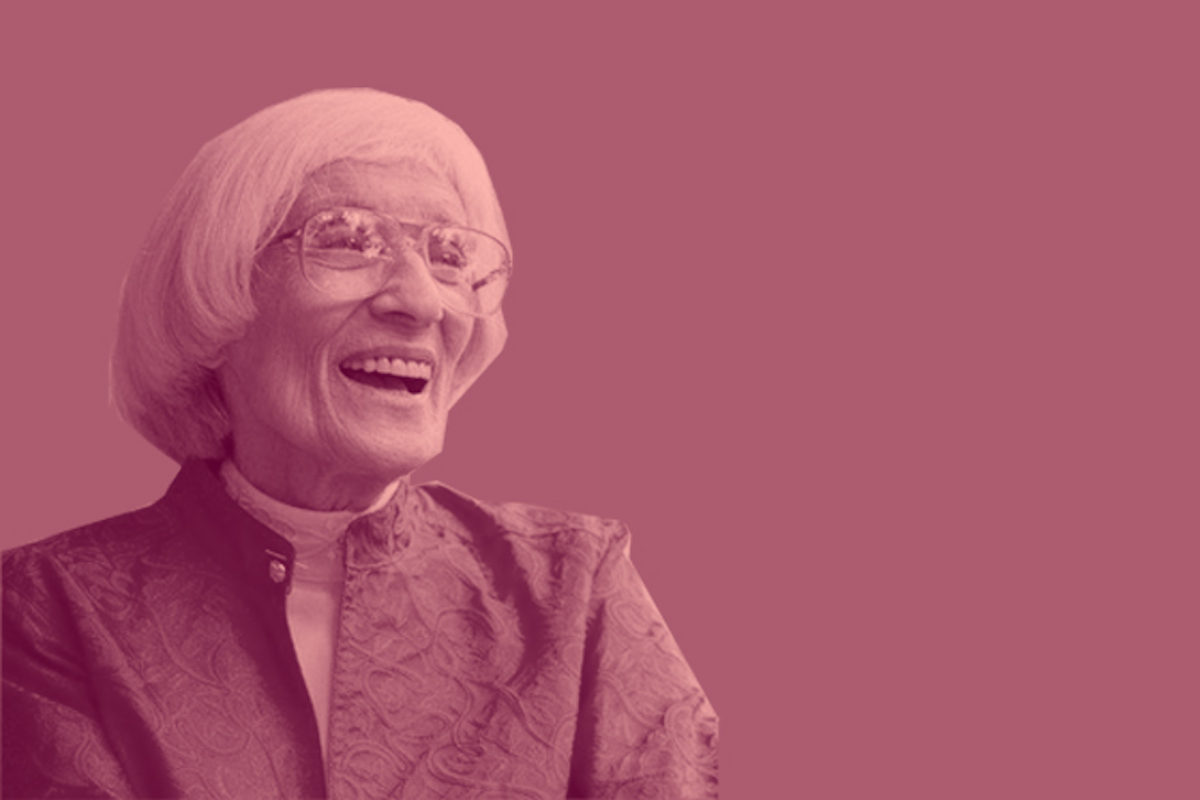 On Monday, Dr. Bernice Resnick Sandler, known as the “Godmother of Title IX” passed away. Affectionally called “Bunny” — a Yiddish nickname for Bernice — the 90-year-old died of cancer complications.

After hearing she was “too strong for a woman” when she applied for a teaching position in the 1960s at the University of Maryland, her alma mater, Sandler became incensed. Luckily for women everywhere, she channeled her feelings into action, paving the way for Title IX, a law that protects people from discrimination based on sex.

“The words ‘too strong’ for a woman turned me into a feminist,” Sandler wrote in 1997.

Despite earning her doctorate in education, Sandler was treated like she was “not really a professional but just a housewife who went back to school.”

Immediately, Sandler realized that it meant that many universities and colleges — which had federal contracts — were subject to the sex discrimination provisions.

“It was a genuine ‘Eureka’ moment, Sandler wrote in 2007. “I actually shrieked aloud.”

With the help of the Women’s Equity Action League (WEAL), a small women’s rights group, Sandler filed a class-action suit against nearly 250 universities and college for discriminating against women.

After testifying at congressional hearings in 1970, the trailblazer drafted legislation — along with Rep. Edith Green — that would come to be known as Title IX. Two years later, President Richard Nixon signed it into law.

Among a laundry list of firsts, including coining the term “gang rape,” Sandler made her mark as the first woman on a Congressional committee staff to exclusively work on women’s issues.

Despite her incredible contributions to women’s rights, Sandler made it clear that Title IX has a ways to go before society treats women as equals.

“I was extraordinarily naive; I believed that if we passed Title IX, it would only take a year or two for all the inequalities based on sex to be eliminated,” Sandler said in 1997. “Eventually, I realized that the women’s movement was trying not to simply pass a piece of legislation, but to alter strongly embedded gender patterns of behavior and belief. To change all that would take masses of strong women and more than my lifetime to accomplish.”

In honor of this incredible women, let’s try to make this happen in our lifetimes, OK?