Bernie Sanders Does Not Want Us to Be Fruitful and Multiply 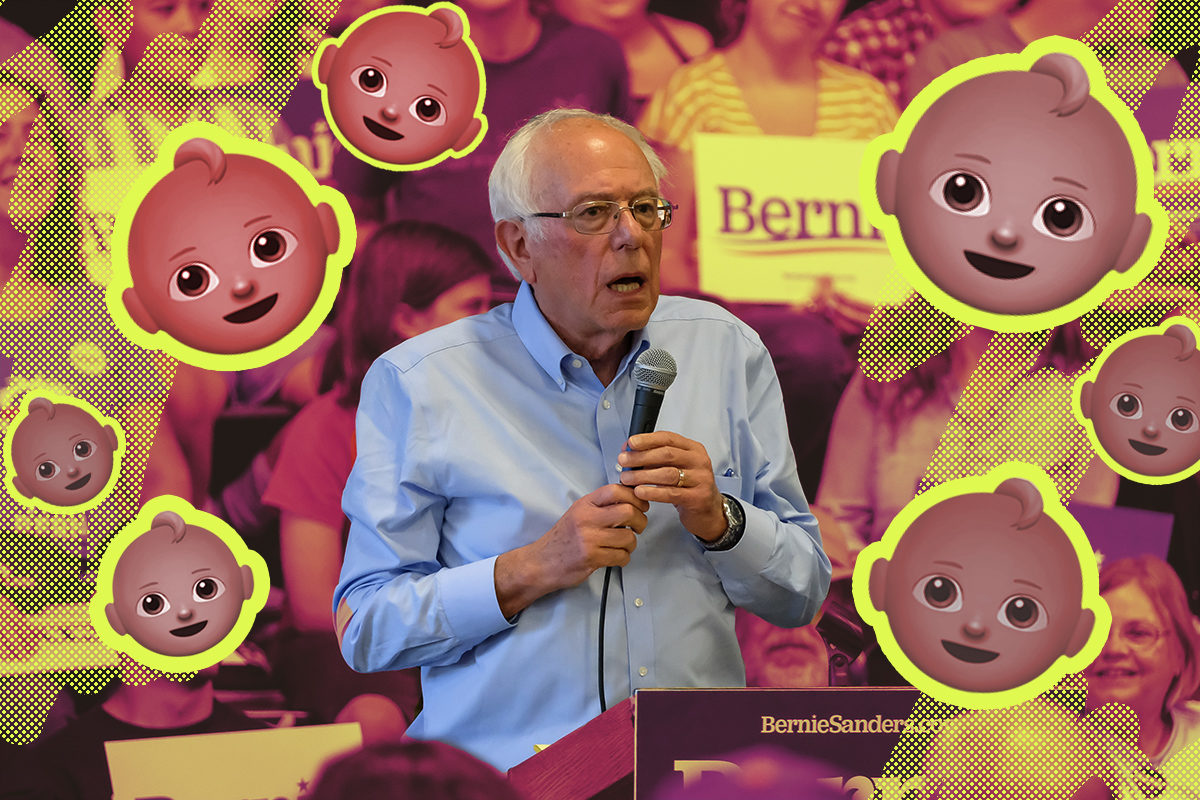 Do you ever look at Bernie Sanders and wonder if he is the product of some cranky, Jewish, old man mold? Do you have to blink to remember that he’s not YOUR Jewish grandpa — or Larry David?

Well, turns out that while Bernie may have much of that yell-y crankiness that elderly Jewish men are famous for, one thing he seems to not believe in is the biblical Jewish tenet to “be fruitful and multiply.”

At a CNN Town Hall on global warming on September 4, the Vermont senator and Democratic presidential candidate was asked by a participant whether advocating for population control would constitute part of his plan to address climate change.

“Empowering women and educating everyone on the need to curb population growth seems a reasonable campaign to enact,” a teacher, Martha Readyoff, remarked to Sanders. “Would you be courageous enough to discuss this issue and make it a key feature of a plan to address climate catastrophe?”

The candidate replied affirmatively — and linked his response to the need for women around the world to have access to abortion and birth control. “I think, especially in poor countries around the world where women do not necessarily want to have large numbers of babies, and where they can have the opportunity through birth control to control the number of kids they have, is something I very, very strongly support.”

Perhaps not surprisingly, some conservative commentators accused Sanders of supporting eugenics, the practice of controlling the population through controlled breeding — a policy that was adopted by the Nazis. That’s quite a serious accusation to lob at a Jewish man who has had a relative perish while fighting Nazis.

Yet Sanders’ comments simply addressed his belief that we should give access to reproductive care to women who want it. Basically, what he said was that he wants to have fewer unwanted and unplanned babies across the globe.

That’s a sentiment we can totally get behind — after all, being a parent is an amazing blessing, but it is seriously hard work! But we’d be remiss not to consider an alternative explanation: Was the presidential hopeful just feeling the Bern — and the burn of global warming — or does he… maybe… possibly… HATE BABIES?!

Apparently, in the other Sanders story currently making the rounds, during a September 3 breakfast talk in New Hampshire, Bernie glared and asked a baby to “keep it down” while he spoke. Honestly, as a mom, I’m pretty pissed at anyone who shoots dirty looks at crying babies — it’s hard enough to calm down an upset infant without glares from others, thank you very much.

Still, while getting cranky with a baby during an early morning talk is not a great look, it is certainly not proof that you’re a terrible person or that you hate babies. And while Sanders did say he believed access to birth control and abortion to women who may not want to have children, at no point did he say that he believed that people who want to have children should not.

Plus, Bernie is, of course, a father to Levi Sanders (who ran for office in New Hampshire without his father’s endorsement and lost). He’s also a stepfather to three through his wife, Jane, and the grandfather of seven children. According to People, he is quite a loving and fun grandpa! There is even an adorable video of him going trick or treating with his grandchildren in New Hampshire. So while the candidate is not known for kissing babies, it’s quite likely that some point in life he has loved a baby or two (or more).

And while the candidate may not be in support of fussy babies interrupting his talks, babies were definitely supporting his candidacy in 2016! During the 2016 campaign, many parents posted pictures of their babies dressed like the presidential candidate and wearing onesies in support of him. (Sadly, one of the most famous Sanders babies, who was even photographed with the senator, baby Oliver Lomas, died of SIDS in 2016. Our hearts go out to his family.)

Whether or not you support Sanders for 2020, I think we can all agree on few points: Snapping at fussy babies is bad, and cute babies dressed like a cranky old man are pretty, pretty great.