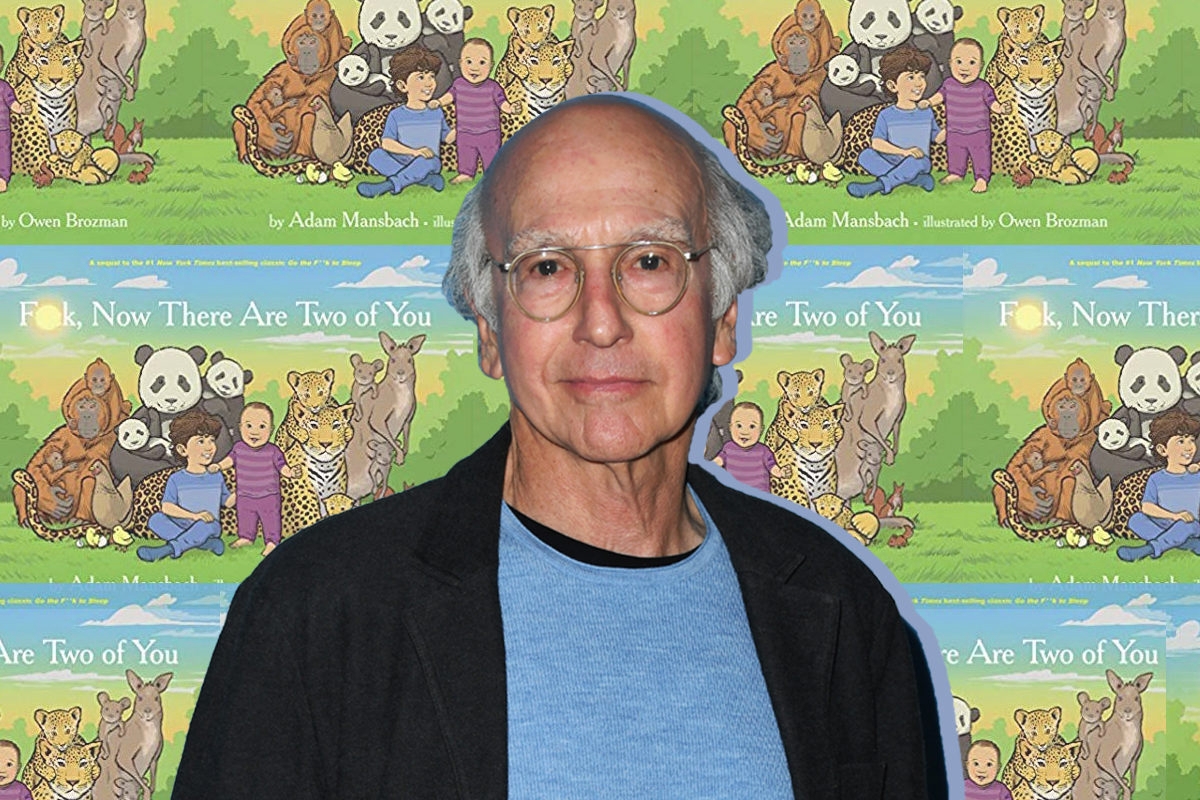 Our favorite author of raunchy children’s book for adults is back with another banger, and we can’t wait.

Jewish author Adam Mansbach — of the instantly iconic picture book, Go the F— to Sleep, which was hilariously recorded by Samuel L. Jackson —  announced his latest and greatest picture book: F—, Now There Are Two of You.

Known for his knee-slapping, relatably vulgar depictions of the realities of parenthood, Mansbach’s new book is described as “a loving monologue about the new addition to the family.” Written for the oldest sibling of a new baby, F—, Now There Are Two of You is being recorded by one of the greatest (and Jewish!!) comedic minds of our era: Larry David.

“As the second born child, I’m sure my parents experienced feelings similar to those of the narrator in this book,” David said in a statement to EW. “Is it any wonder I’m so f—ed up?”

Illustrated by Owen Brozman, Mansbach’s new book comes out October 1st and is available for pre-order. If you liked his book You Have to F—ing Eat, then you’ll love listening to David’s dulcet recording of F—, Now There Are Two of You.

We don’t know about you, but here at Kveller HQ we are f—ing excited! F— yeah!