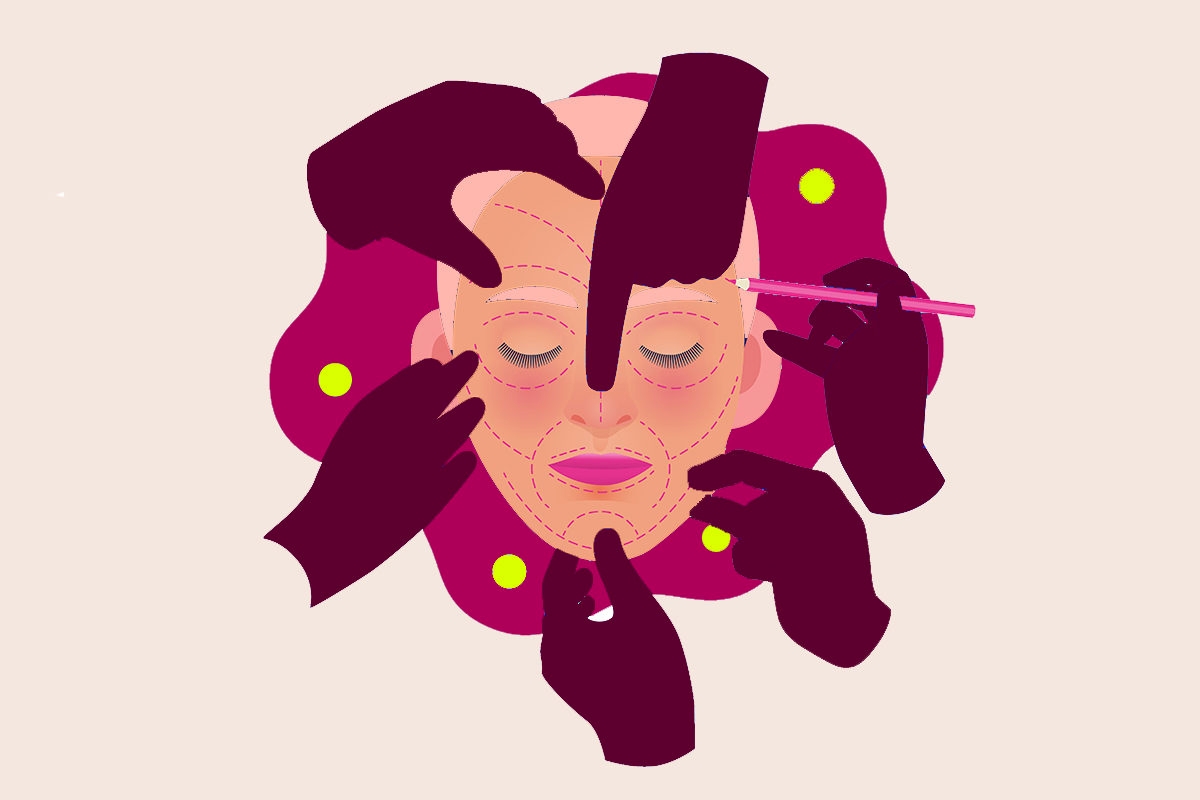 I recently had coffee with an old friend, someone I hadn’t seen in months. She looked different somehow. Brighter. Her face seemed uncannily smooth; the crow’s feet and wrinkles erased.

What was her secret? I wondered. Beauty sleep? New creams and serums? A change in diet? Vitamins? But then I figured it out: My friend had work done. “Work,” they call it, as if one is building a new bathroom. That’s the current slang for cosmetic dermatology, Botox, fillers — the combination strategy known as the “liquid facelift.” Once the preserve of movie stars and socialites, “work” is fast becoming the new normal, and it seems that my friend had indulged.

What’s more is that my friend’s new face didn’t have that plastic, Barbie doll quality. Whoever she had hired must have been a master of the craft — she looked utterly natural and gorgeous. Now, my next question: How was I to respond?

While I have met people who have been upfront about their work — OK, one person — for a lot of people, cosmetic dermatology is like constipation, a nasty addiction, or the true state of one’s finances. In other words, not a subject for polite conversation. So I didn’t ask my friend about it, and I didn’t compliment her, though, thinking back, a simple, “Hey you look great!”  would have been tactful and kind. Instead, I gazed at that all smoothness, her cheeks like a baby’s tush.

But I quickly realized all that beauty was just skin deep. As we caught up, my friend revealed that she suffers from a nasty autoimmune disease. Thinking about that beautiful punim atop a broken body, the irony was inescapable. That juxtaposition should have been enough to put me off wanting to look as good as her. But, alas. It wasn’t.

Until that fateful day, I had lived in relative peace and harmony with my wrinkles — mostly because I can’t really see them. Ah, the hidden blessing of severe myopia! Plus, other than this friend, I don’t really mix with Botoxed people. Most of the people I hang out with are as weather-beaten as me — some of them even more so. It’s not an ideological choice; it’s just a fact of life.

And yet my friend’s new face made me just slightly green with envy. We grew up together, and even if our lifestyles differ now, I regard her as a peer, even a role model of sorts. When she bought a glass table, I bought one, too. When she first sported a Michael Kors tote, I got one, too — though mine came from eBay. Would I now join her into Botox land?

In a way, cosmetic dermatology felt natural to me: I love face creams, trying new lipstick colors, even having my eyebrows waxed. I was tempted but also scared — after all, we’re talking about  injections of poison with a hypodermic needle. It sounded crazy — even a bit unkosher — but it isn’t. Jewish law permits cosmetic dermatology, I reasoned, and the end results looked so good.

Not knowing what to do, I did what everyone does: I went online. And instead of horror stories, I came away convinced that “work” was as safe as going to the nail salon. Yes it hurts a bit — but doesn’t waxing, tweezing, or laser hair removal?

On YouTube, I watched a smooth-skinned dermatologist describe possible “discomfort” as she smeared numbing cream on a patient, preparing her for that needle jab. Then, I watched as the stuff took effect, and the happy patient called the results “a real boost to her ego.” Wow, did I long for that same boost!

I admit that these feelings are shallow — ridiculous, even — but it’s also true that most people long to put their best face forward, and a smooth face is considered prettier than a saggy one. I was completely sold on the liquid facelift — until I discovered the cost, that is. I was looking at approximately $450 to $700 for the Botox alone. But my sagging jowls and unsightly cottage cheese bumps on the chin require fillers, which go for $600 to $2,000 a pop, depending on the brand. And it’s not as if this is a one-and-done affair: “Work” requires a long-term commitment, with maintenance every four to six months.

The outlandish prices were a reality check. My friend is married to a very wealthy person, but I haven’t got that kind of money to blow. And even if I did, I hope I’d share it with needy people who would use it for more pressing need than prettifying themselves. (Or would I?)

Still, when liquid facelifts become as cheap as tooth whitening, sign me up! Until that happens, I’ll continue to work on learning to love my wrinkles.

Image via Grivina/iStock/Getty Images Plus