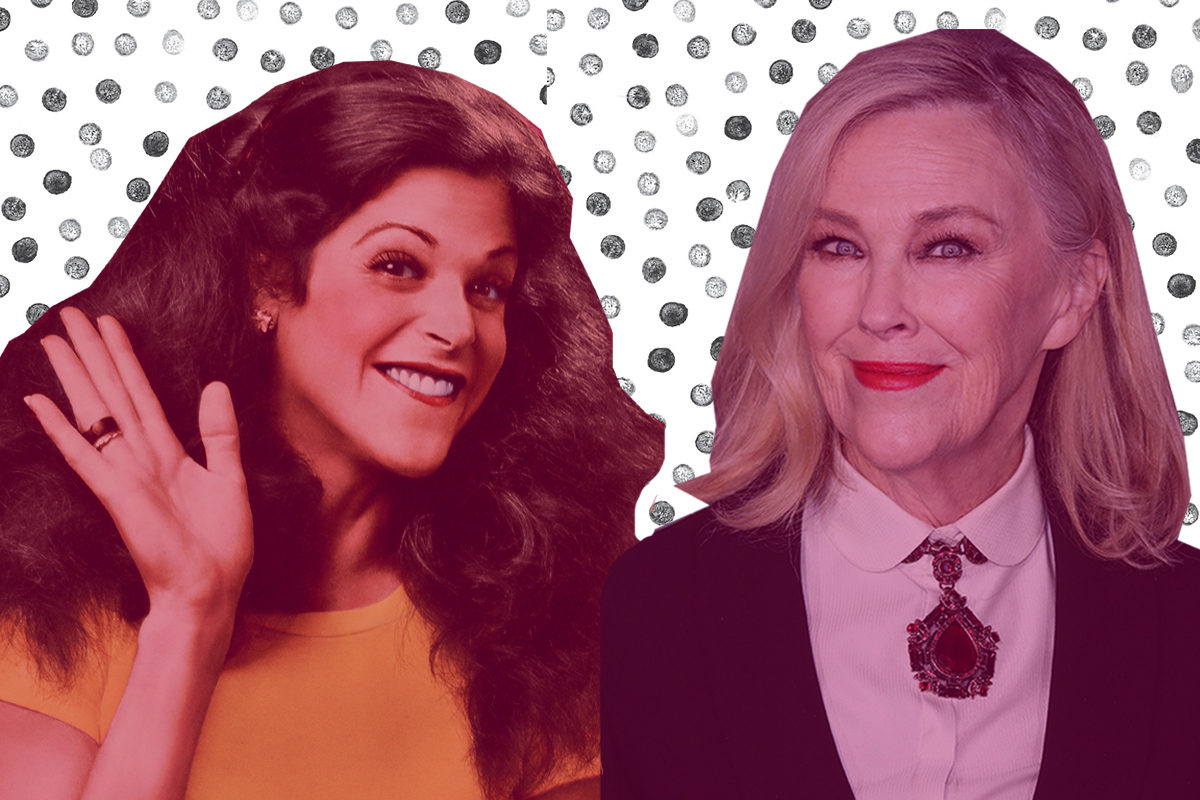 Since the ’70s, comedian Catherine O’Hara has gifted us with countless hours of laughter. The Canadian American actress is currently known for starring in Schitt’s Creek as Moira Rose, the hyperbolic Jewish mother of a formerly filthy rich family. Between her roles in Home Alone, Best in Show, and outstanding writing for SCTV Network 90, O’Hara has built herself quite the legacy.

And who does she have to thank? None other than the beloved, late Jewish comedian Gilda Radner.

In an interview with the New Yorker — timed with the season five premiere of Schitt’s Creek — O’Hara shares that Radner helped her get her foot in the comedy door.

“My brother worked in a small theatre, called Global Village, in Toronto, and met a girl named Gilda Radner, God bless her,” O’Hara says. “They worked together, and they dated, and Gilda would come home to our house for dinner.” (Can you imagine anything better than having casual dinners with Gilda Radner!?)

At some point during the two years that Radner and O’Hara’s brother dated, the two women auditioned for the Toronto outpost of Second City, the Chicago-based improvisational comedy group based. “It was all Gilda as far as opening my world to Second City,” O’Hara says.

Radner landed a spot on the team, but O’Hara wasn’t as fortunate: she was offered a job as a waitress in the theatre’s restaurant.

But that, too, had a silver lining: It was there that she met another up-and-coming Jewish comedian, Eugene Levy, who was one of the troupe’s members. They tried going together, but failed epically after one or two dates. “I’m so glad it worked out that way,” O’Hara said. “We probably wouldn’t be working together if we’d gone longer on the dating.” (We’re eternally grateful for this, as their 40-year friendship has brought us many funny, fruitful collaborations.)

O’Hara finally got her big break when Radner left Second City to work for The National Lampoon Radio Hour. And, having landed a slot as Radner’s understudy, O’Hara nervously swooped in and officially started her comedic career.

If Radner hadn’t shown O’Hara the ropes, would her legacy be as great? Honestly, probably. She’s amazing. But perhaps without Radner, she never would have met Levy, and who knows what ripple effects would have unfolded. Would Schitt’s Creek exist? Would we have forever been deprived of their on-screen coupledom in Best in Show and A Mighty Wind?

Well, thanks to one of the funniest Jewish women of all time, we’ll never have to find out.