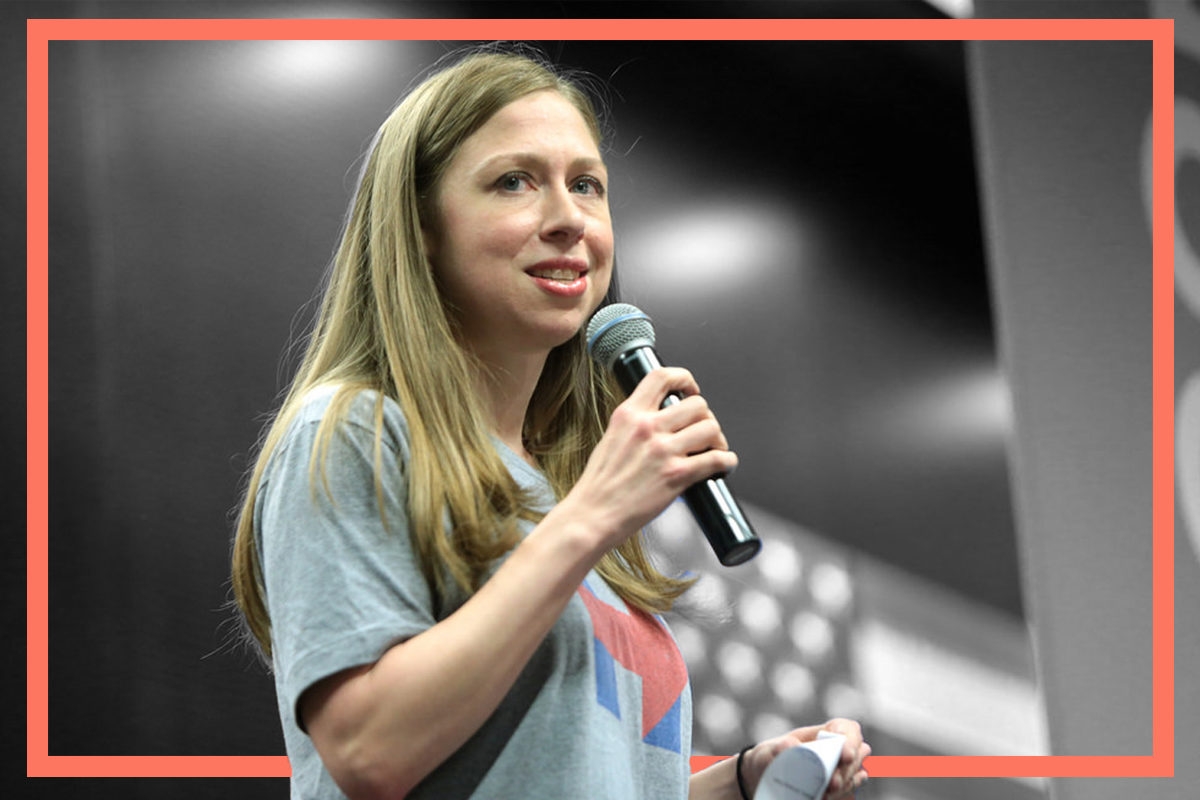 Clinton, 38, and Mezvinsky, 41, are already parents to 2-year-old Aidan and 4-year-old Charlotte. Clinton announced the news over Twitter on January 22nd, telling her 2.43 million followers that they cannot wait to meet their “newest addition” this summer.

Marc and I have loved watching Charlotte be such a wonderful big sister and we’re excited to watch Aidan become a big brother! We cannot wait to meet our newest addition later this summer.

After dating for five years, Marc — a self-described “nerdy Jewish boy from Philly” — and Chelsea married in 2010 in a wedding called “the most publicized interfaith wedding in recent American history” by The New York Times. (Yes, really.)

And their kids have very famous grandparents: a former president and a woman who won the popular vote in the 2016 presidential election. And they are very, very excited to be grandparents:

.@BillClinton and I are over the moon to be grandparents! One of the happiest moments of our life. pic.twitter.com/Cww4r8C9Zt

Looks like she’s going to have to update that to “Grandma x3” very soon.