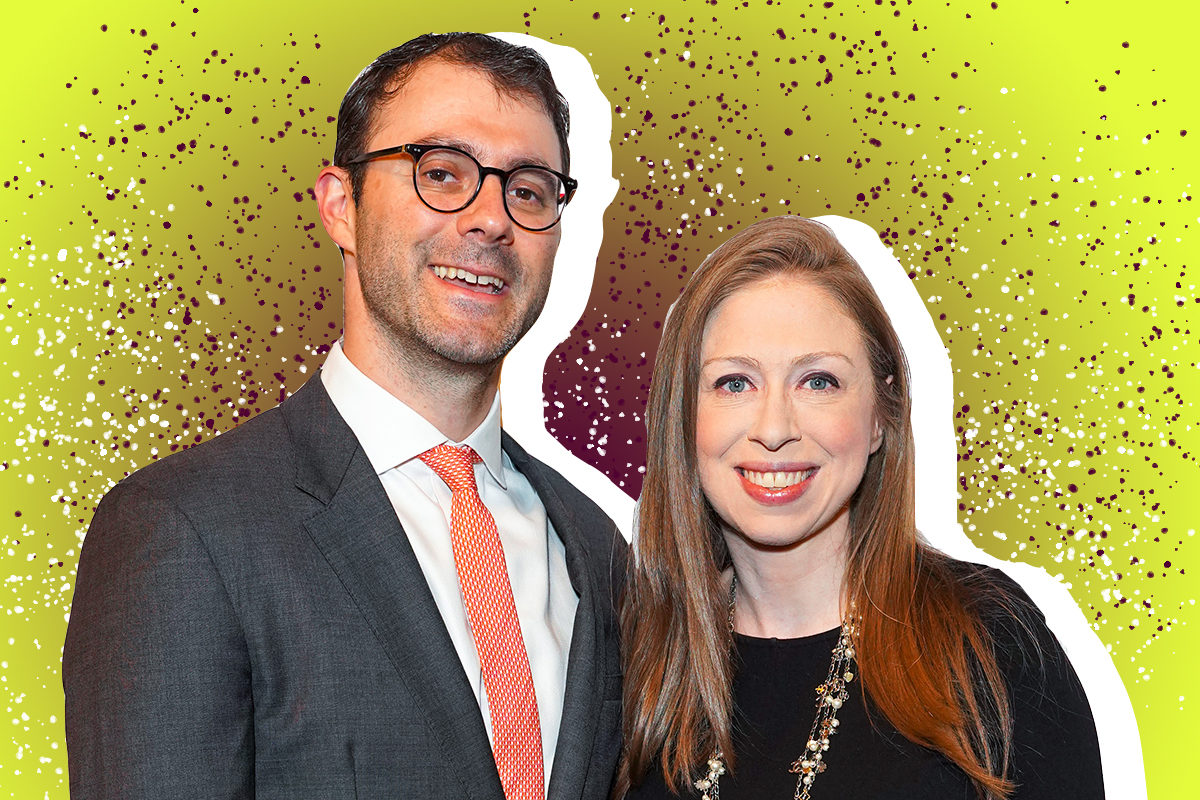 Chelsea Clinton has a lot to kvell over! The 39-year-old former first daughter just welcomed a third child, Jasper Clinton Mezvinsky, on the morning of July 22nd. Hopefully a picture is forthcoming!

Clinton announced the news on Twitter — where she is known for being a total mensch — writing, “we are overflowing with love and gratitude.”

While Jasper is the name of a gemstone, and is believed to be one of the names of the three kings, or magis, who visited Jesus upon his birth, some people believe it’s connected to the biblical Hebrew word gizbar, which means “treasurer.” Either way, it’s a precious name for a precious new addition!

Clinton and her Jewish husband, Marc Mezvinsky —who married in an interfaith Jewish and Christian ceremony — have two other children. Their oldest daughter, Charlotte, is 4, and their son, Aidan, is 3.

Aidan was born on Father’s Day in 2016, while his grandmother was running for president. (Such different times!) A little over a month later, Clinton spoke beautifully about her mother at the Democratic National Convention, describing her as a kickass grandmother who drops everything to FaceTime with her granddaughter and read her books.

Hillary Clinton, of course, was fast to share the exciting news on her own Twitter page, writing: “Sharing some happy news this morning! Bill and I are so thrilled.”

And we’re thrilled, too! We hope story time with grandma Hilary is forthcoming for the entire family…  perhaps featuring one of the feminist children’s books written by his mama?