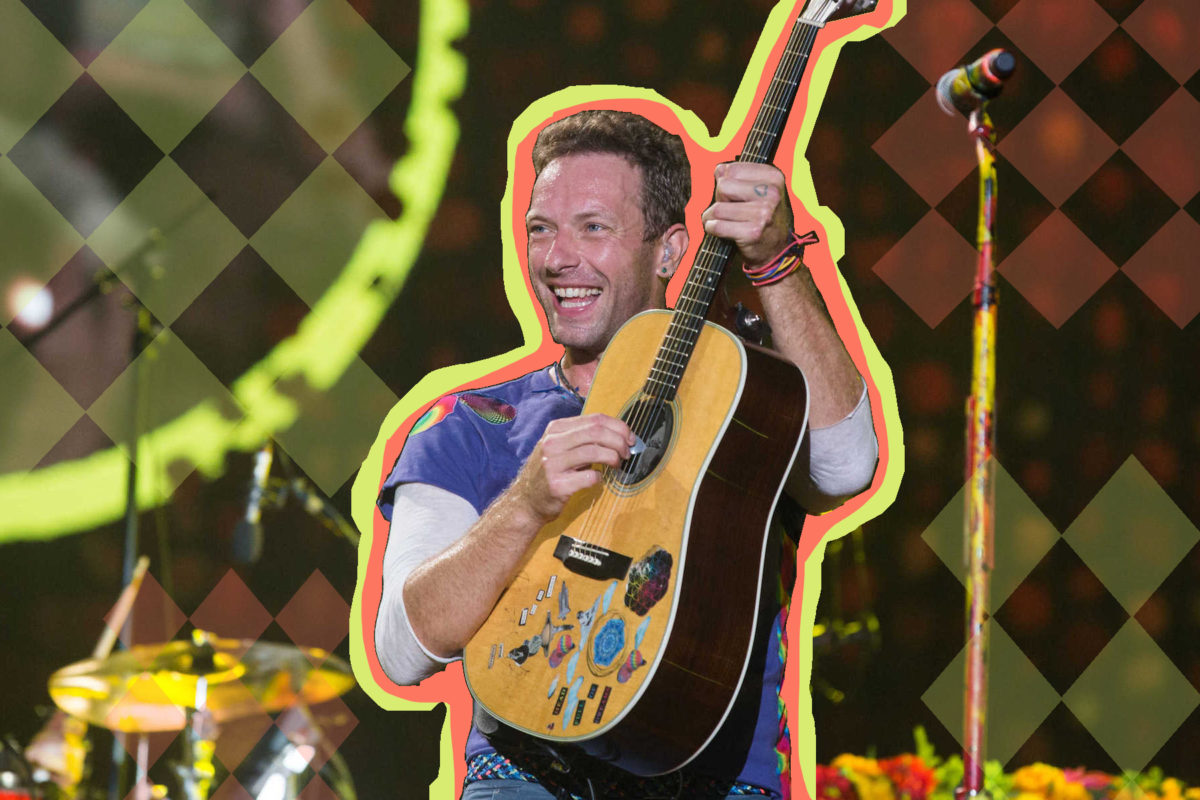 If you like Coldplay’s music, we have some good news for you: We can now confirm that Chris Martin, the band’s frontman and Gwyneth Paltrow‘s ex, is a certifiable mensch. The singer has recently invested his money and time in support of Israeli-Palestinian coexistence.

The father of Apple and Moses, was recently spotted by the Israeli celebrity news show Tonight with Guy Pines on a super clandestine trip to Israel. (Just how clandestine, you ask? He was hiding in the trunk of a car to avoid being seen!)

But Martin wasn’t on his way to a fancy beachfront resort or a VIP party — he was going to visit a modest kindergarten in the city of Jaffa.

You see, in recent years, Martin has been nursing a dream: He wants Coldplay to perform a concert in Israel that would welcome both Israelis and Palestinians. He’s been visiting the country, trying to gain understanding of the necessary logistics of such a huge feat — though, judging by how well Martin gets along with his “consciously uncoupled” ex, some might say the singer knows a thing or to about coexistence.

Unfortunately, Martin’s dream concert has yet to materialize. But during his few visits to the country, he was put in contact with the organization The Orchard of Abraham’s Children, which helps foster peace and coexistence through a variety of projects, including running Bustan Yafa, a bilingual Hebrew/Arabic school in the heart of Jaffa.

Martin has been making generous contributions to multiculturally-minded non-profit, and so, just one week after some iconic surprise performances at the Glastonbury Festival, he decided to drop by the kindergarten to see what his donations helped foster.

Jumping out of the trunk of a car (um, apparently he didn’t learn much about car safety from this Coldplay video for “The Scientist“), Martin was happy to take selfies and shake hands with the locals — but he asked the Guy Pines reporter to not film him. He then went inside to witness a performance of songs in Hebrew and Arabic. (Did they sing any Coldplay songs? We’re guessing probably not. But who knows?!)

In a video that someone in attendance filmed (tsk, tsk!), Martin — who is not a prolific tweeter and doesn’t have an Instagram account — is seen praising social media to the parents at the school, saying that it helps us see what we have in common with people across the world.

We love that Martin is doing what he can to foster coexistence, and maybe, even he can help “fix” the Middle East and make it into a “paradise!” Here’s hoping!