Damaged Sperm Can Cause Miscarriage, So Let’s Stop Blaming Women 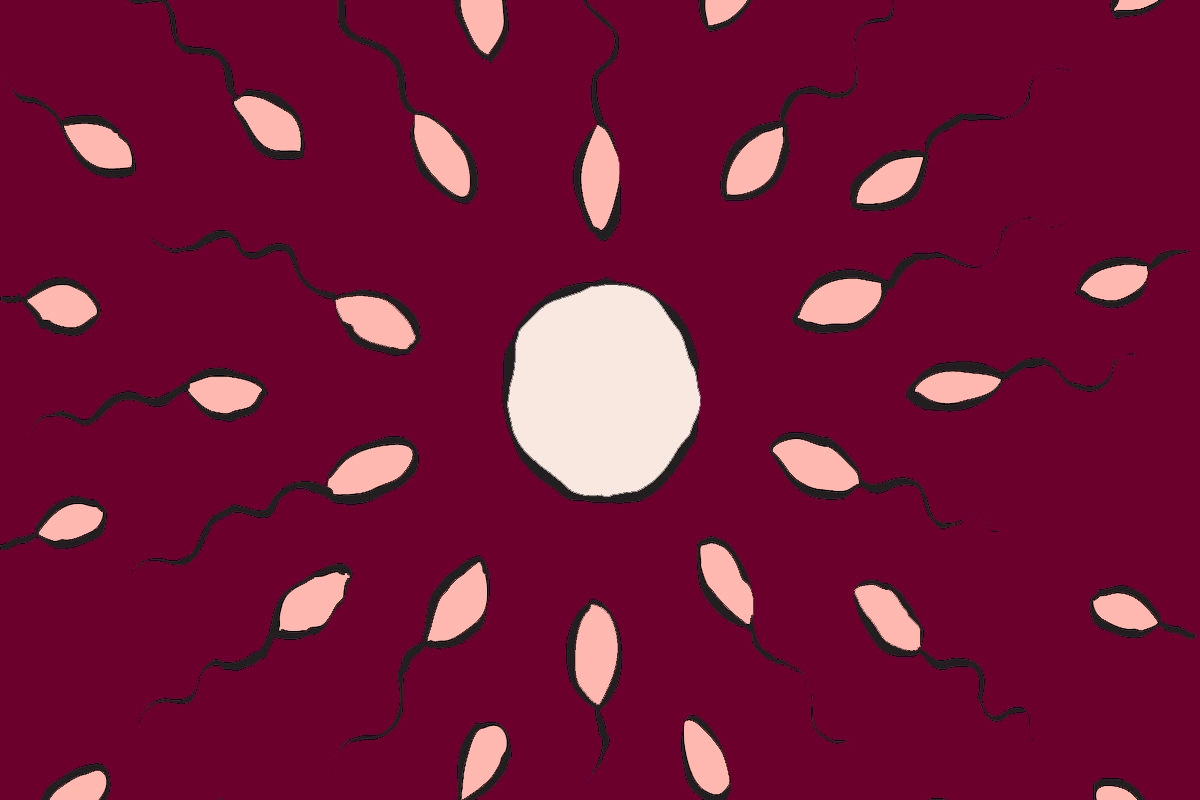 Pregnancy, as so many of us have experienced, tends to turn our bodies into public property. The belly rubbing by strangers, the guessing of how much weight we’ve gained, the insistence that we’re about to give birth right that second… it’s not the most private time in a person’s life.

Infertility and miscarriage, however, seem to have the opposite effect. We begin to retreat into our homes and ourselves, Googling everything that could or has gone wrong, ways we can prevent it from happening in the future, reasons to continue to blame ourselves.

If pregnancy is cause for public celebration, why is miscarriage so private and wracked with such shame?

As we all know that people say dumb things to visibly pregnant women, think of the inadvertently idiotic comments that are inflicted upon women who are trying to become — or stay — pregnant. What, exactly, are you supposed to tell a colleague or family member who won’t stop asking when you’re planning to have kids? That you’ve actually been trying for years? One time, when a colleague commented on how tired I looked, I contemplated saying, “Yes, well, I’m miscarrying. Right this minute, actually.”

It turns out — as a significant percentage of women have always known — not everything is guaranteed to go as planned when it comes to reproducing. In fact, some 10 to 25 percent of all recognized pregnancies end in miscarriage.

So many of these women, even happily-partnered ones, often find themselves feeling alone as they navigate the grim complexities of miscarriage, like continuing to experience pregnancy symptoms while waiting for an embryo to pass, or scheduling a D and C to extract the remainder of a pregnancy that was very much wanted.

Our partners can give us emotional support; they can and do grieve with us, as my husband certainly did with me. Miscarriage, on a personal level, represents a loss for both partners. But women often carry the majority of the burden, socially as well as physically. On top of that, feelings of self-blame are hard to escape. After all, so many women seem to be able to carry pregnancies to term with seemingly zero effort — why can’t we?

We are, however, learning that perhaps miscarriage is more of a shared hardship than we’ve collectively come to believe. In other words, it isn’t just a woman’s obstacle to overcome. New research is showing that men — specifically, their sperm — play a bigger role in recurrent miscarriage than we previously thought.

Given that this study was actually the first to look at the health of the sperm as a factor in recurrent miscarriage, clearly additional research needs to be done. But in the meantime, what does this mean for women with a history of miscarriage? That it isn’t all our fault? That this is an issue that both men and women face? Or maybe you’re thinking this isn’t really much of a revelation, as we all know it takes the genetics of two people to make a baby.

But consider this: The current screening guidelines following repeated miscarriage focus on women, including pelvic exams, genetic testing, and uterine imaging. Men are largely left out of this conversation. Maybe medical professionals — and the general public — will now start to view miscarriage more holistically, and screen men for miscarriage risk factors as well.

I am the mother to a toddler and I am about to give birth to twins. Anyone who sees me with my brood might just see another woman effortlessly reproducing. But I keep coming back to the response of the ultrasound tech who confirmed last spring that my fetus no longer had a heartbeat at eight weeks. She patted my hand and told me that I just needed to be happy and healthy in order to have another baby, and that every month was a new opportunity.

She was trying to be kind — and of course this wasn’t actually a prescription to successfully bear another child — but still I felt consumed by grief and guilt. Perhaps if we can update our ideas about conceiving and carrying babies to term, we’ll find ourselves more successful in addressing root problems — without the blame and shame. Maybe if we know that the causes of miscarriage are shared between parents, the conversation can be more inclusive and less isolating as well.