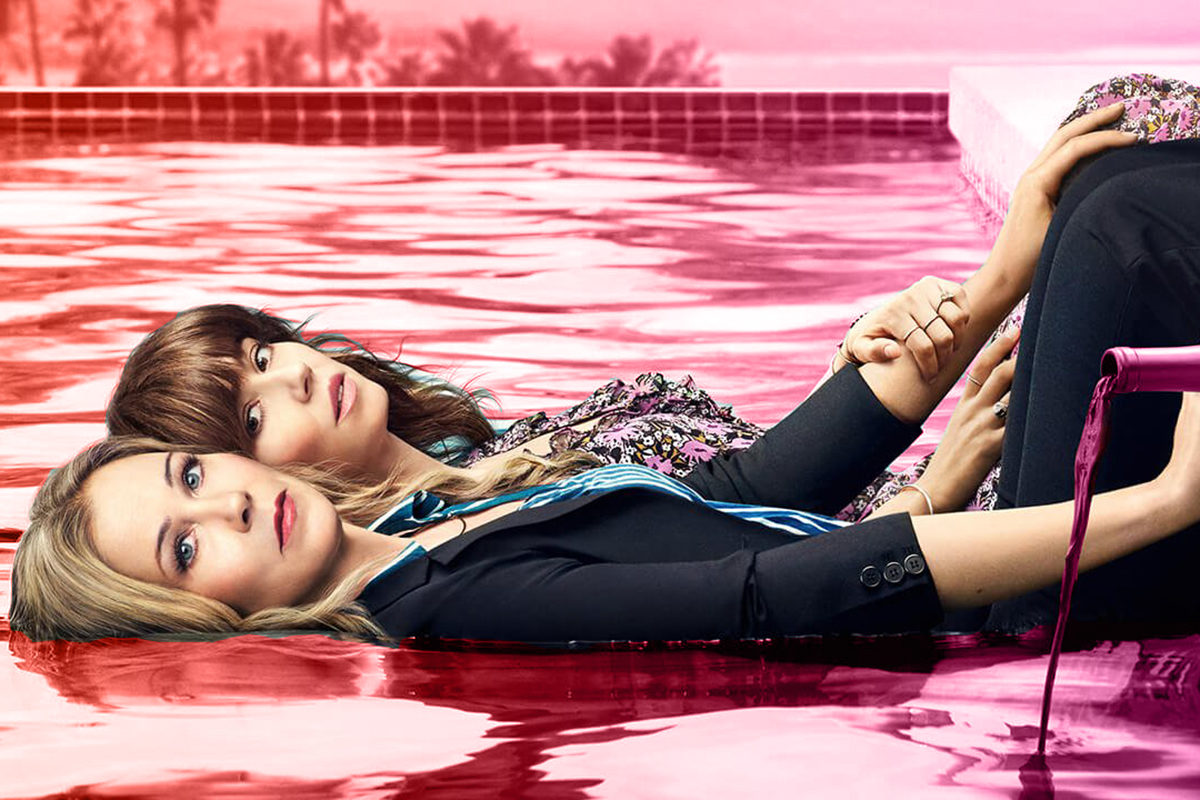 It’s been a while since I felt like a show outsmarted me. But Dead to Me, Netflix’s new, star-studded series, has made me gasp quite a few times. It manages to subvert all my expectations in a way that feels entirely purposeful — and not just for shock value.

This compassionate, thrilling new “traumedy” (that’s what the cast calls it, and it’s quite a good description) is one of my new favorites: It’s a must-watch for all Jewish mothers, women, and TV-loving people in general.

And while nothing about this show is explicitly Jewish — aside from an incredible Jewish funeral scene, which I’ll get to later — its creator, Liz Feldman, is. And Dead to Me will unavoidably resonate with Jewish women and moms from all walks of life, thanks to its sensitive handling of wide-ranging topics from parenting a teen, to infertility, to breast cancer. As Feldman says, “the story, though not autobiographical, is deeply personal. The facts are made up. The feelings are real.”

In the show, Christina Applegate plays Jen, a real estate agent and mother of two whose husband was killed in a hit-and-run accident. Jen is acerbic and sharp, a strong woman who has an easy time saying no to anything she doesn’t want to do, but also, a woman struggling with overwhelming grief and a real problem with rage.

At a grief support group, she meets Judy (Linda Cardellini) — a quirky and bright yin to her yang. Judy is sweet and attentive to a fault, with tendencies to erase her own needs for others — a tendency that seems wholly familiar to many a Jewish mom.

Judy is an artist who works at a retirement home. Her only other friend in the show is Abe, a Jewish retiree played by the delightful Ed Asner, who is innocently flirtatious. (Disclaimer: Yes, there are creepy old men out there! But, thankfully, the show never lets him become one.) Abe is also unconditionally supportive — he reminds me of every sweet Jewish grandfather I’ve ever met.

You're one of the good ones, Abe. pic.twitter.com/nO2vzxiaNf

Judy and Jen quickly become an odd couple of sorts — a feminist, fully-fledged version of the Neil Simon premise. But very quickly, their friendship hits a dramatic hurdle, when Jen catches Judy in a big cavernous lie. (Don’t worry, we won’t spoil it for you.)

What I like best about Dead to Me is how it portrays mothers as human. One of my favorite scenes shows how Jen channels her anger about her husband’s death by listening to heavy metal music on full blast in the car. (She tells Judy it’s her meditation). It’s a small gesture, but it’s powerful portrayal as a mom who is still a person — and still edgy — even at her most pained.

The problems that Jen faces extend beyond her grief: Just like Applegate herself, Jen had a double mastectomy because she has a BRCA1 gene mutation (PSA: Ashkenazi Jewish women are more likely than the general population to have a BRCA gene mutation). While, at first, Jen shrugs off the mastectomy and surgical reconstruction, the series really touches emotional impact this can have on a person and on a marriage.

But, for Feldman, the creator, it’s Judy’s struggles and losses that are the most profoundly personal. In Dead to Me, Judy comes to face the fact that she may never become a mother, no matter how hard tries. This is a story that Feldman knows all too well; she has, unsuccessfully, been trying to get pregnant for the past six years.

In a moving piece for Glamour, Feldman describes her fertility “Odyssey” as a “full-on Greek tragedy,” full of “painful procedures, infections, and miscarriage.” But just like in the show, Feldman has found a way to look at these moments of profound pain and “see the comic aura around them. It’s become more than a coping mechanism; it’s my ethos.” And it is definitely the ethos of Dead to Me.

If all this praise wasn’t enough, Dead to Me also has a scene that ranks as one of my favorite Jewish TV moments of all time.

Judy is at a Jewish funeral, apparently for the first time. There, she lauds the rabbi (played brilliantly by Jewish comedian Jenny Kober) for her beautiful recitation of the Mourners Kaddish and asks what it means.

“That despite losing somebody we love, we still praise God,” the rabbi responds.

The two talk a bit about loss and faith, and the rabbi tells her that in Judaism, there is no heaven or hell. “In the Jewish faith,” the rabbi says, “if you’ve hurt someone you try to make amends, find a way to compensate for what you’ve done wrong.”

That line sends Judy on a journey towards redemption — it’s a beautiful moment and one that really gets at how much I admire the way Judaism deals with loss and wrongdoing. And it’s not a surprise that the show gets it so right —  after all, Feldman once called herself a “big Jew” in an interview and admitted to catching the theater bug during a synagogue Purim play.

Could definitely go for a cigarette right now. pic.twitter.com/MtoiMtilFd

Like in Judaism, those who try to make amends in the show are rewarded, and those who don’t live in the dark. But also, like in life, nobody gets what they want all the time — here, the rewards might not be the ones the characters want or expect, and the moments of happiness may be tainted. But they are nothing if not real.