We Planned to Start a Family in 3 Years. Then We Found the BRCA Gene. – Kveller
Skip to Content Skip to Footer

We Planned to Start a Family in 3 Years. Then We Found the BRCA Gene. 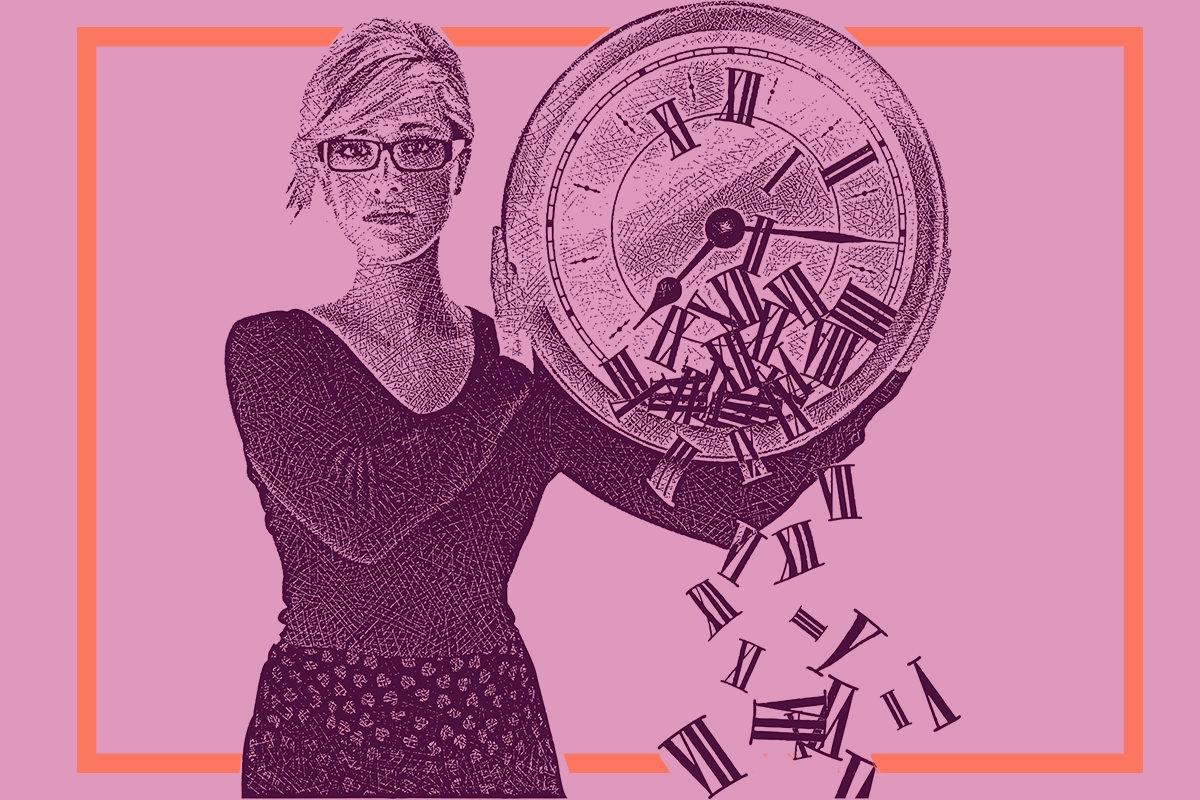 We had a plan.

We were three years into our marriage and had three years left on a credit card consolidation loan. My student loans would also be paid off in three years.

With our debts finally paid, we would actually be able to buy a house. We figured we’d take some time to settle in, get used to our new life as homeowners, then start a family.  This would give me time to further establish my career as an environmental scientist and put me firmly in my early 30s — still plenty of time to have the 2.4 children of the typical American Mother.

We moved from a Delaware suburb to Philadelphia to be closer to work, as well as to embrace the exciting urban lifestyle.  I was in the process of transferring my birth control prescription to a new pharmacy when I realized I was down to my last refill — it was time to find a new gynecologist, quick, if all was going to go as planned.

I scheduled the appointment over my lunch break, figuring it should be a quick, straightforward visit.  They gynecologist was young and bubbly — after some brief banter she got down to business and began reviewing my family health history.

The smile dropped from her face and her tone changed. “You have a strong family history breast cancer,” she said.

I was surprised. Wasn’t breast cancer fairly common? I had so many family members diagnosed: my mother, grandmother, cousins, aunts. Some in their 30s. I had always thought that was normal. “It’s not,” she stated bluntly.

She took a moment and finally asked, “Have you considered testing for BRCA gene mutations?”  I didn’t even know what that was.

As I very quickly learned, the BRCA gene plays a critical role in suppressing tumors, notably those associated with breast and ovarian cancer. Over the course of our lives, about 12 percent of women across the globe will develop breast cancer, and 1.3 percent will develop ovarian cancer.   For women who inherit the harmful BRCA1 gene mutation, however,  the risk increases to around 72 percent for breast and 44 percent for ovarian cancer. There is a higher than normal prevalence of BRCA gene mutations in the Ashkenazi Jewish population.

And it turns out that I’m one of those women.

We had a plan… and then the plan changed.

Receiving the news that you carry a BRCA gene mutation can be life altering at any age, but for women in their 20s or 30s, it has a very visceral implication on that nebulous yet very deep desire: to become a mom someday.

Once I heard the news, my mind began a loop of questions and worries. Should I forgo having children so as not pass on the gene? Should I screen my embryos or use a donor egg that is free of the mutation? Could we even afford to do that? Do I need to have surgery now? If so, is surrogacy an option? What about adoption? Maybe I can just do the double mastectomy now and wait to remove my ovaries and fallopian tubes? How much time do we have?

My husband and I did a lot of and soul-searching. He was my rock. He accompanied me to all the specialist appointments, first to a genetic counselor, who then referred us to a breast specialist, and a gynecologic oncologist. After many late-night conversations during which buckets of tears were shed, we came to a consensus that we very much still wanted to have a child. However, now that my reproductive system had become a ticking time bomb, we decided to accelerate our path to parenthood.

On my 27th birthday, three years earlier than planned, I stopped taking my birth control pills. We choose to conceive naturally, knowing there was a 50/50 chance our offspring would inherit the mutation. Our decision was partly financial, yes, but we also felt was that there were a lot of detrimental traits our child could inherit from us (or a donor egg), like my lower belly pooch that will no budge, no matter how many crunches I do. In all seriousness, my feelings were that, at least with a BRCA mutation, our kid could live a normal, healthy childhood, and then decide later in life to get tested and what to do with that information.

Six weeks after I stopped taking the pill, my husband caught me eating a giant dill pickle wrapped in pastrami. At his insistence, I took a pregnancy test.

Just like that, our three-year plan became a right now plan.

I’d had always imagined painting a nursery to prepare for the arrival of our baby. Instead, we researched the most compact bassinet we could fit into our one-bedroom apartment. But with my husband’s reassurance, we carried on, and in the wee hours of one cold November morning we welcomed a baby girl. She had 10 fingers and 10 toes, and my eyes and my husband’s nose. In that moment I didn’t care what her or my genetic makeup looked like — as far as I was concerned she was perfect.

The first few months of my daughter’s life I didn’t think much about the BRCA gene. Like any new mom, I was overwhelmed with changing diapers, navigating feeding issues, and figuring out how we were going to pay for daycare. Despite the lack of sleep, I enjoyed this reprieve from my own health concerns. But as the months ticked on and our breastfeeding journey came to a close, I knew it was time to take action.

Now that my daughter is nearly 3, I’m in the process of scheduling a double mastectomy. It has taken me this long to build back up the sick leave I need to afford the time off to recover post-surgery (thank you, America, and your lack of paid parental leave!). But I’m grateful I have the option to plan the surgery for a time that’s financially viable, as opposed to rushing it due to a sudden cancer diagnosis. I want to do everything I can to make sure I’m there for my daughter as she matures into adulthood.

For now, I have opted to postpone the bilateral salpingo-oophorectomy to remove my ovaries and fallopian tubes. My family’s history is with breast, not ovarian cancer — but in a lot ways ovarian cancer is scarier because there are no good screening methods. Once it’s detected it is often too late. I’m rolling the dice.

I’m telling myself I’m doing this because the risks associated with early-onset menopause may outweigh its benefits in younger women, but it’s really because I’m holding onto hope of having another child. I know this is a selfish decision, but I long to give my daughter a sibling, and I even have names picked out. Every 6 months I re-evaluate this decision when I see my gynecologic oncologist. I recognize that both my biological and BRCA clocks are ticking, a cacophony that only gets louder as I age. Hopefully I’m making the right decisions, but only time will tell.

As with so many things in life, nothing ever goes to plan.