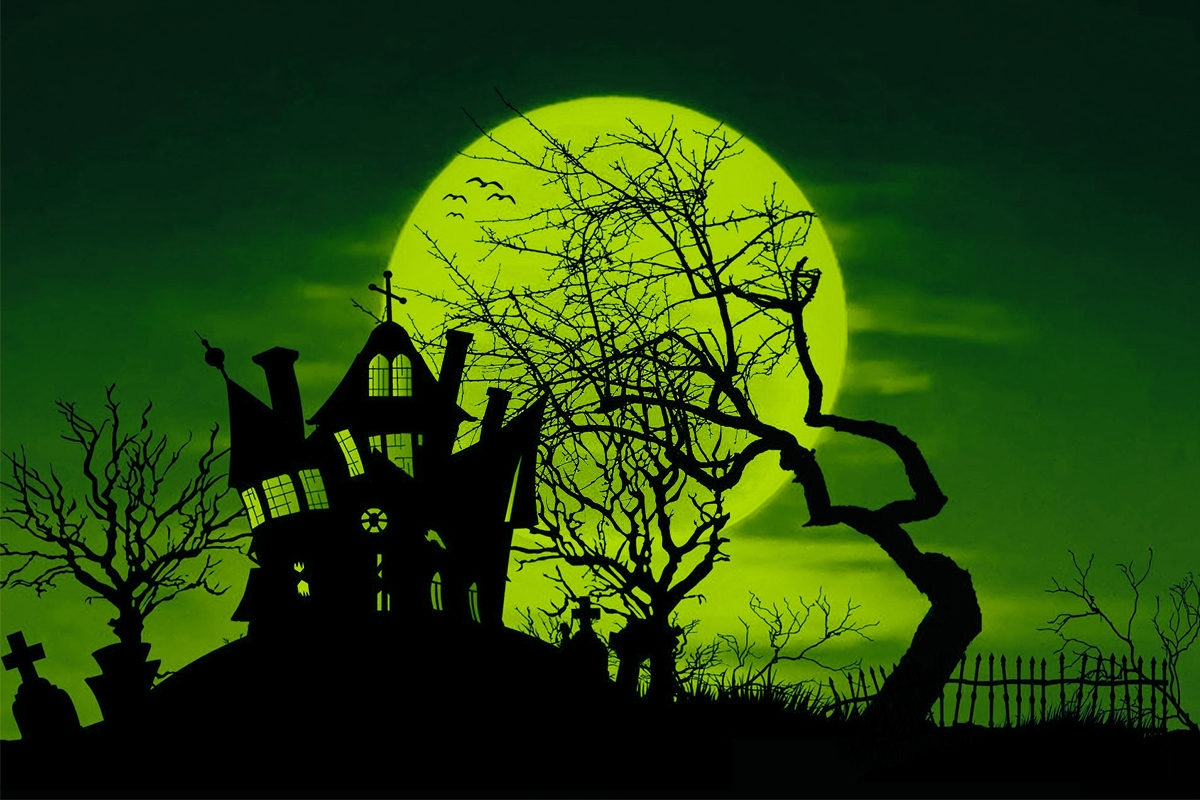 “Tell me a story about Halloween.” These were not the words my husband expected to hear from our 3-year-old at bedtime. After all, this is a kid who attends a Jewish preschool and thinks belting out Shabbat songs is super cool.

When I asked my son about this the following morning, he explained his thoughts on Halloween to me in fairly sophisticated terms: “Some people who are not Jewish celebrate different holidays called Halloween and Christmas.”

This, of course, is true. And my son, in his 3-year-old way, understands that we are Jewish and that, at times, being Jewish means being unique. For example, when we pass food carts on the streets in our neighborhood, he enjoys noting that the food is ”not kosher.” I was curious, however, about the origins of my son’s Halloween interest. I never celebrated Halloween growing up and I had not planned on celebrating Halloween with my kids, who are now 3 and 1.

I was surprised to find out that my son even knew about Halloween. Aside from the aforementioned Jewish preschool, there aren’t really that many Halloween decorations out in our Upper West Side neighborhood, and I can’t remember the last time I took him to a store like CVS.

Turns out,  interestingly enough, that I have Doc McStuffins to thank for this newfound interest in Halloween.

Apparently, my son was watching — perhaps on repeat — several Doc McStuffins Halloween episodes that were available on the DisneyNOW app. Curious, I decided to take a break from my regularly scheduled evening programming of Veronica Mars to watch a full episode of Doc McStuffins for myself (instead of half-listening to it and singing along to the “Time for a Checkup” song, like I usually do). In one of the Halloween episodes, a toy ghost asks the good Doc why everyone is dressed up, to which she responds, “Oh. Well, everyone dresses up!” and that Halloween is her favorite holiday.

Well, Doc, not everyone dresses up on Halloween, including many Jews.

Jewish law makes it clear that we are prohibited from observing Christian and pagan customs. Still, one could also make the case that Halloween is far removed from being an actual religious observance. And, perhaps not surprisingly, there isn’t a unified, Jewish approach to Halloween. Ask some rabbis about it and you’ll likely get some very different answers! Some of my colleagues have come out in favor of celebrating the holiday, citing that it has morphed into a cultural event; some are more pareve (neutral) on the subject; and some are openly against families trick-or-treating and participating in this holiday, due to its pagan and Christian undertones.

Interestingly, the holiday itself has a fairly fraught history. Halloween’s origins can be traced to a pagan Celtic festival called Samhain. As Catholicism spread to Celtic lands, the already-established holiday of “All Saints’ Day,” also known as “All Hallows’ Day” (hallow is a synonym for saint) was moved to November 1 to replace the pagan festival with a Catholic holiday. The night before All Saints’ Day became known as “All Hallows Eve,” or Halloween.

Halloween has since had many ups and downs. Some Christians, for example, didn’t like that the holiday had pagan roots. And other Christians didn’t like that it had Catholic roots! At first, Halloween did not really take off in early America, as many of the early colonists in the northern colonies were from Protestant traditions. But in the mid-1800s, when a huge wave of Irish Catholic immigrants (who had a strong history of celebrating Halloween) came to the United States, Halloween became more and more popular.

By the early 1900s, as its popularity grew, so did its connections with acts of trickery, vandalism, and sometimes even criminal activity. “Trick or treating” became popular as a way to reduce the ransacking that typically occurred on Halloween.

While the holiday has become more secularized over time, the themes of trick or treating and haunted houses that are now associated with Halloween do not sit well with me and my American Jewish identity. For me, trick or treating is not something to be celebrated; sending my kids door-to-door to demand candy seems like the opposite of a teachable value. As I raise my own kids, I prefer to focus on Jewish tenets such as giving tzedakah and doing acts of chesed (lovingkindness).

I also find it problematic that the costumes most celebrated on Halloween are often meant to frighten others. In Judaism, there is a value called “sever panim yafot,” which means to greet people with a smile — not with a spook! So, even if we remove the formal pagan and Christian associations with Halloween, what’s left, to me, is a holiday devoid of values.

While I recognize that Halloween has become very mainstream in America and popular in many liberal Jewish communities (especially among my fellow millennials!), it is still not a holiday I plan to celebrate. By keeping my son from celebrating Halloween I am, in essence, creating an “October dilemma” for our family. Will October now be a month of ignoring the cultural cues around us and deliberately separating ourselves from our peers?

At some point in the near future, my son will notice that many of his friends who are Jewish actually celebrate Halloween. I suppose, then, we will need to add a few more layers of explanation to this Halloween conversation. Such conversations with my own children will likely become more challenging as they get older, and we’ll have to deal with their peers making plans to trick or treat together or creating group costumes. I wonder if, down the line, I will actually need to revisit my resistance to Halloween for the sake of my own kids.

Fortunately, for maybe another year or two — at least? — I can get away with saying that in our home, we only celebrate my birthday (which happens to coincide with Halloween). Perhaps one could say that I was literally born into not celebrating this holiday. In the meantime, I’ll sit back, nosh on some chocolate-chip pumpkin cookies with my kids, and hope that tonight’s bedtime story topic will be less controversial.